The facility will be on the city's northwest side in the 9th aldermanic district on Clinton Avenue near 76th and Good Hope.

Mayor Cavalier Johnson says pushing this forward has been a bipartisan effort.

"Republican governors like Scott Walker and Democratic Governor Tony Evers all agreed on this," said Johnson.

This comes a week after the Common Council approved the proposal.

The new 32-room facility would replace Lincoln Hills and Copper Lake youth prisons at the site of a former vehicle emissions center. 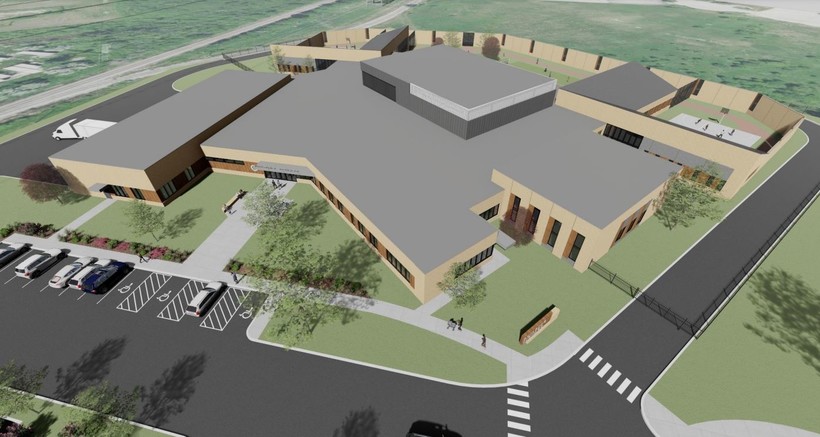 "No one here is sugarcoating the fact that there are some youth who live in our region who have gotten into some serious trouble. In some cases, there is violence and brazen disregard for others but giving up on these young people is simply not an option," said Mayor Johnson.

State Department of Corrections Secretary Kevin Carr says there's no timeline on measuring the success of the facility or the outcomes related to kids being closer to home. "What we hope will happen is that it starts to change the trajectory of juvenile crime in the city of Milwaukee," he said.

Carr also said the facility is meant to be more than a prison. "The entire concept is predicated on being a more therapeutic environment and a more family-oriented environment," he said.

Opponents have criticized the approval of the project during a time when the 9th district alder seat is vacant.

Some current candidates for that role say they've heard from residents who share concerns.

District 9 candidate Cherie Ray says she worked at City Hall during the early stages of the proposal and heard from many who had concerns.

"The no representation is a problem. They're pushing it through with opposition," she said.

The facility likely won't be operational until 2026.