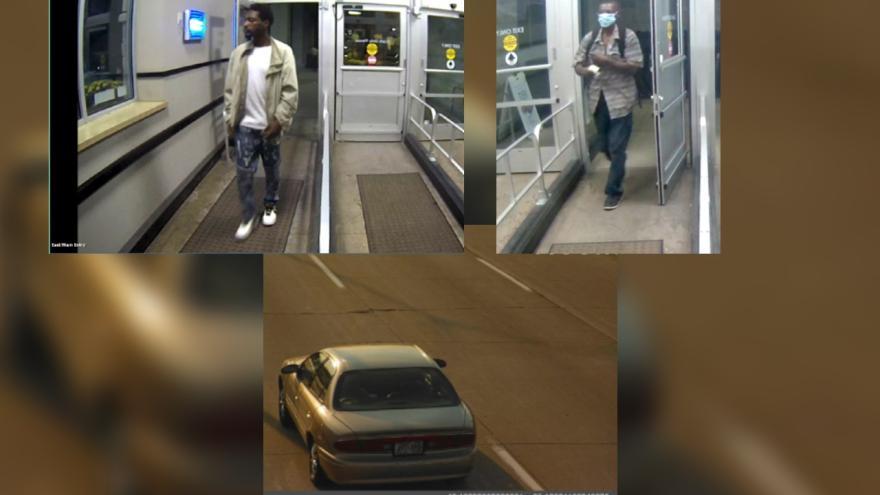 According to police, a suspect left the store with $453.99 worth of unpaid alcohol and clothing-related merchandise.

Police say the suspect is a male, approximately 50-60 years of age. He was wearing a blue/white face mask, brown plaid button up shirt, blue jeans and gray/white tennis shoes.

Police say the suspect was working with another accomplice, who is also a male, approximately 30-40 years of age. He was wearing a tan/brown zip up jacket, white under shirt, blue jeans and white/black shoes.

Police say the two suspects got in a gold colored Buick with license plate number 497XPC. They left the parking lot heading south on Appleton Ave., where the vehicle was eventually involved in a pursuit.