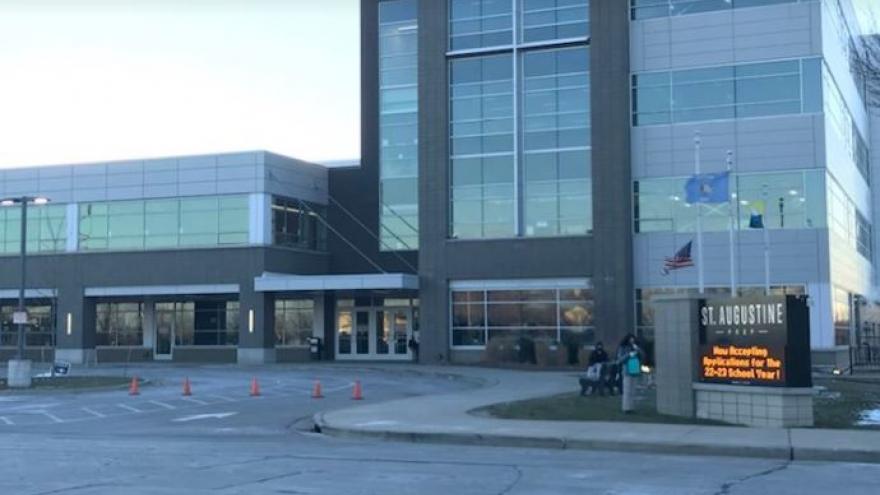 They say a total of 21 children were seen at the hospital's emergency department, with 13 kids being discharged without being admitted to the hospital.

Six of the eight children admitted were discharged from Children's on Tuesday, Dec. 7.

MILWAUKEE (CBS 58) -- A group of nearly a dozen children were transferred to Children's Wisconsin on Monday, Dec. 6, after firefighters said they were exposed to chemicals in their school's pool.

Milwaukee Fire Battalion Chief Andrew Hargarten said 11 children were taken to the hospital in ambulances. Others were taken by their parents or monitored at home. He said they were all between the ages of 8 and 11, and none of their injuries were life-threatening.

Hargarten said firefighters responded to a call around 12:30 p.m. for respiratory issues at St. Augustine Preparatory Academy on the south side.

"There was some respiratory issues. That was the issue -- everyone was removed from the pool. The pool was ventilated in coordination with their HAVAC and the Milwaukee Fire Department and then all of the children were assessed," Hargarten said.

"There's normal chemicals that are used to balance PH and to clean the pool. I'm not sure exactly what was released. We did monitor both the pool and the atmosphere prior to releasing the building back to St. Augustine's and to maintenance," he told CBS 58.

School administrators sent a letter home to families. They said the incident happened during a fourth grade swim class.

"We will be working with our vendor to understand how this can be prevented in the future. We will always work to make sure Aug Prep is a safe place for our students and staff. This is a fluid situation right now and we will update you as we know more. In the meantime, please pray for the fast recovery of the students impacted," the letter said in part.

A spokesperson for the preparatory academy later released a statement explaining that during swim class, "a mechanical failure of unknown origin resulted in excess accumulation of chlorine in the pool." The statement confirmed 11 children were taken to the hospital and said families whose children were not transported to Children’s were nevertheless encouraged to seek medical evaluation as an added precaution.

"We are working hard with our maintenance contractors to complete a thorough evaluation so we can understand better what happened and prevent a future occurrence. As we do, we can share that the pool in question passed its annual inspection at the beginning of the school year. The pool is checked daily; no unusual chemical levels were detected during the daily check this morning," the statement continued.

While fire officials say the injuries didn't appear to be serious, we do know of at least one fourth grade boy who remains hospitalized Monday night. He was throwing up after exposure to dangerous chemicals.

Concerned parent Elsaris Navarro wanted to know if her kids were okay when she heard the fire department showed up at St. Augustine Prep Academy and cleared out the aquatic center.

"Not knowing if there was other kids in there, because I have from sixth to senior in here, and yeah, it was just really scary," said Navarro, parent of five students.

"So I got a phone call from my friend and she told me that her son in the fourth grade had gotten sick, and I was like 'oh my gosh.' Her son is actually staying the night because he was actually vomiting in the swimming pool area," Navarro said.

Older students, in a theatre class on the floor above, say a number of them began getting headaches around the same time as the pool incident. Firefighters did check the air quality before leaving the scene.

A spokesperson said the pools will remain closed until further notice and no other school events or functions are impacted by this situation. The spokesperson thanked the aquatic staff, firefighters and Children's Wisconsin staff members for their response to the incident.

Chief Hargarten also has a message for parents about their pools at home.

"With pools and chemicals, it's very important to make sure that chemicals aren't mixed and that everything is monitored when doing that, and there is good ventilation to make sure that atmospheric conditions are safe," Hargarten said.

Contributions to this story also made by: Michele Fiore
Share this article: