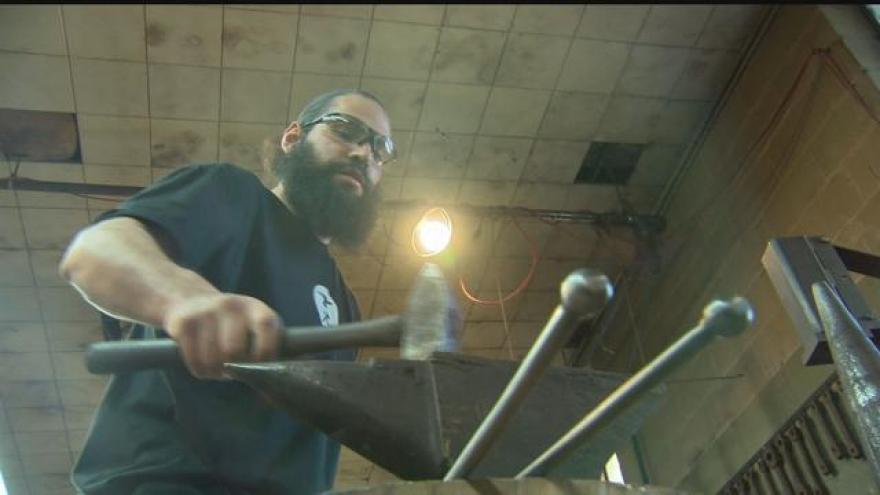 Milwaukee Blacksmith has leased a building in the city's Third Ward for five years.

But in early February, the landlord told the owners they have to be gone by the end of the month.

"Having such a short timeline for a small family business is almost certain death for us," said operations manager Shannon Knapp.

So the Knapp family is asking for donations to a kickstarter fundraiser, even though it was featured in a reality show on the History Channel last year.

Knapp said the money from that didn't make them rich.

"You get paid to basically survive while you're filming the show," she said. "So we got a paycheck while we were filming because we had to shut down production here."

Knapp said they're being kicked out because the building has been sold and the new buyer wants them gone before the sale is final.

But according to an email between Knapp and current landlord, Hansen Storage Company, that's only part of the reason.

They said Milwaukee Blacksmith owes more than $8,000 in back rent and delinquent utilities. Knapp admits they haven't paid rent in about six months.

"We often go six or eight months at a time without paying the rent and we give them a large chunk and catch back up," Knapp said. "That's always how it's been for five years."

In a statement, Hansen Storage said, "we respect Milwaukee Blacksmith and their operations. We are currently working with their owners to fulfill their commitment to our company in accordance with their lease agreement."

The owners of Milwaukee Blacksmith said they have two possible options to relocate their business. If you'd like to donate to their kickstarter campaign, click here.