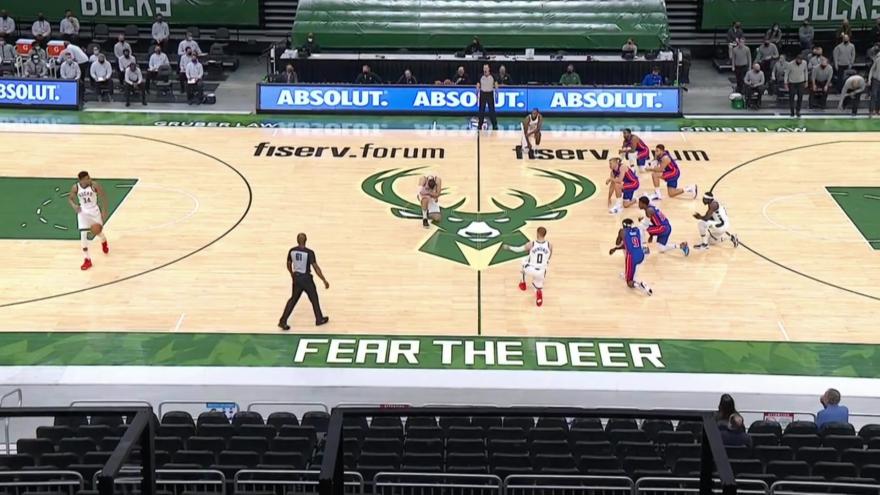 MILWAUKEE (CBS 58) -- Law enforcement agencies around the country are preparing for possible protests once the jury reaches its verdict in the Derek Chauvin trial.

Even the NBA, which has given its players room to take very public stands, is getting ready.

The NBA's message to its teams: be prepared for a night or two of postponed games once the Chauvin trial is announced.

The league is on heightened alert for the impact of a verdict and the possibility of unrest.

The Bucks have been leaders on the sports-related call for social justice in the past.

They walked off the court and refused to play last August in a playoff game after the shooting of Jacob Blake in Kenosha.

The entire league suspended the playoffs for three days after the Bucks' actions.

Bucks General Manager Jon Horst says the team has already talked about possible responses once the jury reaches a verdict in the Chauvin trial.

"From my perspective, to be part of a team with the Milwaukee Bucks, a league with the NBA that is progressive, it's remarkable that we get to work in an environment and be part of something where we invest in our communities and try to improve hope and improve togetherness and really impact change," he said.

The Minnesota Timberwolves are out of town for the next week, but the Bucks play three games at home this week.