MILWAUKEE (CBS 58) -- One local pooch got the endorsement of the White House during President Trump's campaign rally in Milwaukee Tuesday.

Millie is a goldendoodle, and she's the house dog at the Hilton Milwaukee City Center.

White House staffers liked her so much, they gave her and her human a certificate of appreciation.

Millie's owner says the award is well-earned, for her excellent concierge service.

"It was just an appreciation for the president's visit and recognizing Millie as one of those who contributed to making it a successful visit," said Millie's owner, Rusty Dahler.

Millie's been quite the draw for people staying at the hotel. She's been a concierge at the hotel for about three years and even has her own Instagram page. 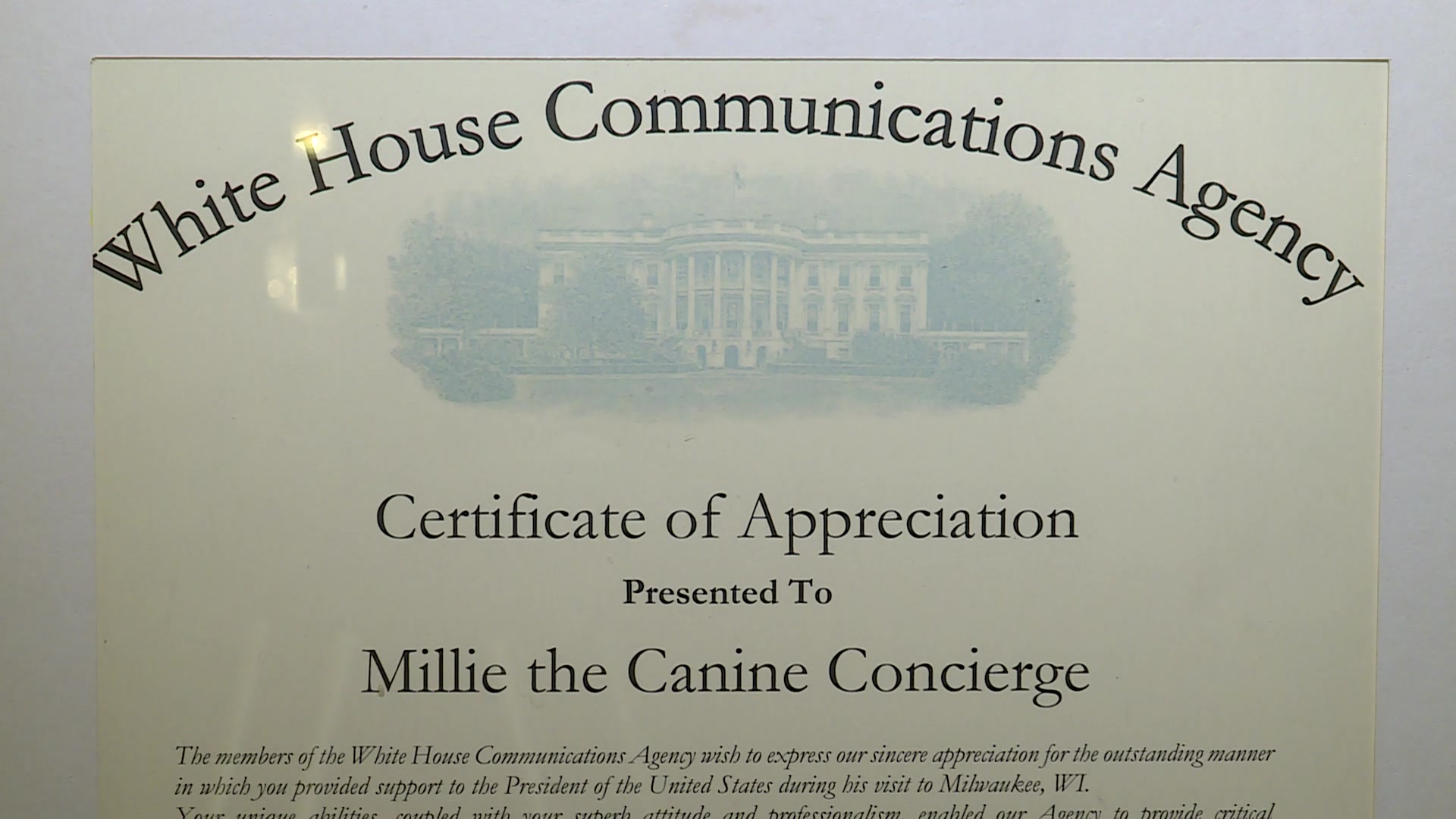