'Always wanted to be on:' Milwaukee hosts tryouts to be on 'Jeopardy!' 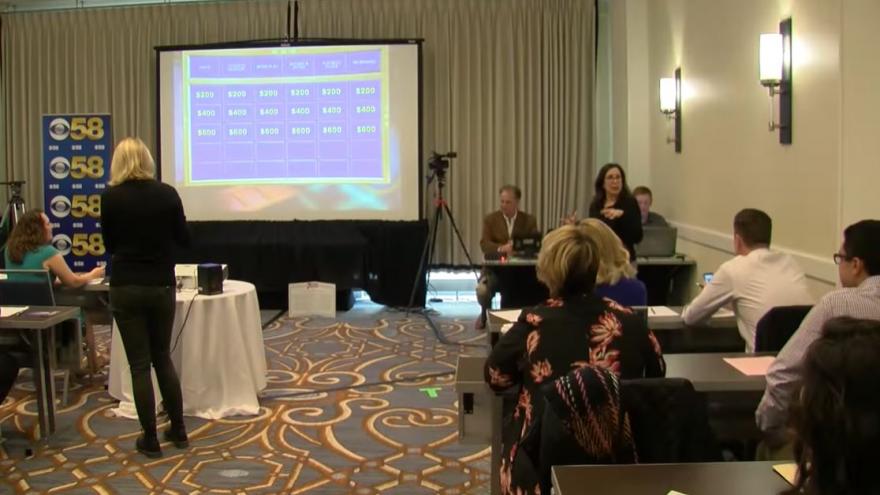 MILWAUKEE (CBS 58) -- The popular game show "Jeopardy!" made a stop in Milwaukee on Friday, Nov. 22 to find the next big winner.

After passing online auditions, the selected contestants had a chance to impress in person.

At the event, Bruce and others took part in a written question and answer session, a get-to-know-you question and a practice game with real buzzers.

"Since I was a little kid I've always wanted to be on it," Bruce said. "It's my main goal in life."

Usually I like to do things I’m good at, but instead, today @BillatCBS58 and I went and tried out for @Jeopardy. Don’t look for us with Alex anytime soon, but you can see it tonight on @CBS58. ??? pic.twitter.com/z3pz2ud4uY

Casting coordinators say it's not only important to know the answers, but contestants must also bring energy and enthusiasm to the buzzer.

"Yeah, this is Jeopardy!," Senior contestant coordinator Corina Nusu said. "It seems a little upper crust, but we want fun. It's a game show on television. You want excitement."

Everyone at the event is now in the contestant pool for a year-and-a-half.

Taking the Jeopardy test. I don't like my chances pic.twitter.com/OtOy14SGBk

"You just got to keep a positive thought and hope you get on," Nusu said. "If you don't get on this go around, we do highly recommend people trying out again."

Jeopardy! is doing another free online test in January.