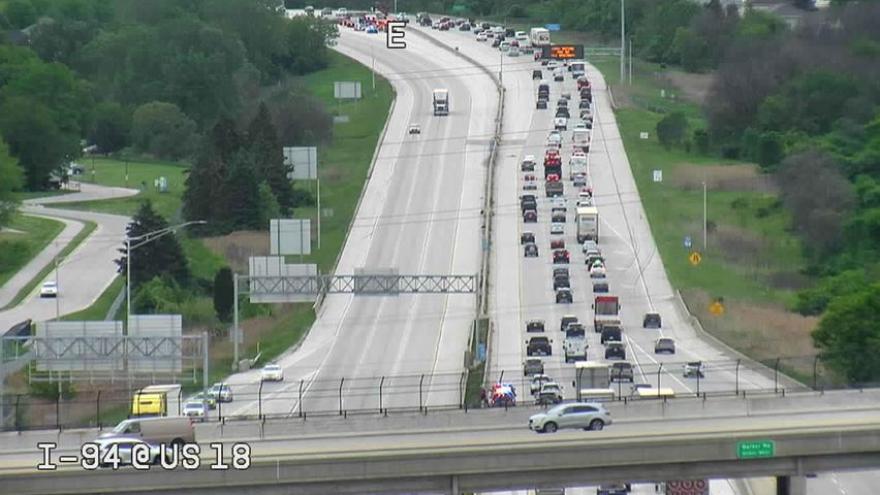 WAUKESHA COUNTY, Wis. (CBS 58) -- A Milwaukee man was arrested for suspected OWI following a rollover crash on I-94 westbound near Brookfield Road.

The crash happened Thursday morning, May 27, and blocked all westbound lanes of traffic.

According to the Wisconsin State Patrol, a woman was trapped inside the vehicle that rolled over. Officials were able to safely get her out and she was transported to Froedtert Hospital with minor injuries.

The second driver, a 29-year-old Milwaukee man, was taken into custody for possible impairment. Charges of operating with impaired causing injury will be referred to the Waukesha County District Attorney's Office.