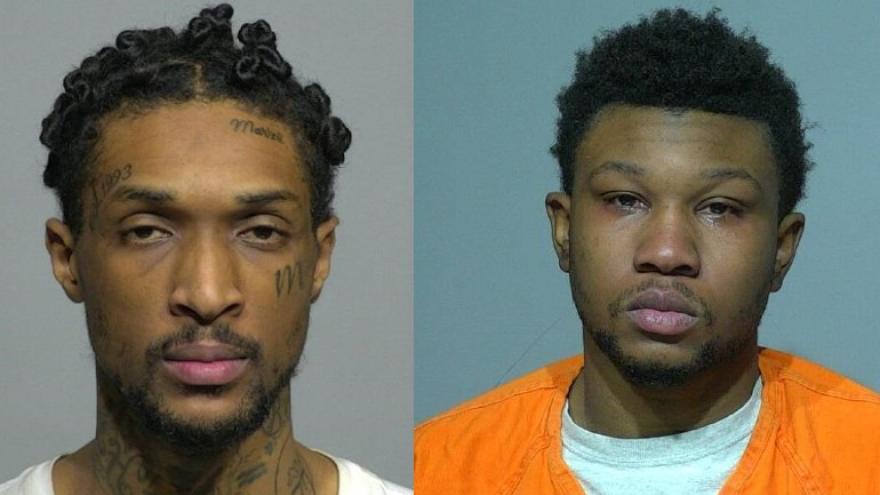 MILWAUKEE (CBS 58) -- Two Milwaukee men are now charged in a fatal shooting that killed a bystander near 27th and Atkinson on Nov. 3, 2021.

Marcell Hall, 28, and Mellachi Robinson, 20, are each charged with first degree reckless homicide as a party to a crime. Hall is also charged with possessing a firearm as a felon.

According to a criminal complaint, the victim was riding as the passenger in a vehicle when she was struck by gunfire from outside. The driver told authorities he was parked on the north side of Atkinson Avenue when he saw a couple fighting on the sidewalk near the vehicle. He said he then heard one gunshot and saw his windshield break.

When interviewed by detectives, Robinson stated that he was a front seat passenger in Hall's vehicle on Nov. 3. He said they arrived at an apartment near 28th and Atkinson to drop someone off when they saw a man and woman physically fighting. Robinson said he started to roll down his window to yell at the man, who was beating the woman, but Hall told him not to do that.

He said as they began to drive away, Hall took a gun off of his lap and handed it to Robinson. He allegedly rolled down the front passenger window and told Robinson to "try to hit him in his arm."

Robinson told authorities he first shot at the man, but missed him. He said he believed the bullet hit the wall of an apartment building. He said he then handed the gun back to Hall and Hall fired a second shot.

Prosecutors say Robinson later said that after the first shot, the gun jammed and while racking the gun to try to fix it, it went off a second time.

Hall and Robinson are due in court on Jan. 12.