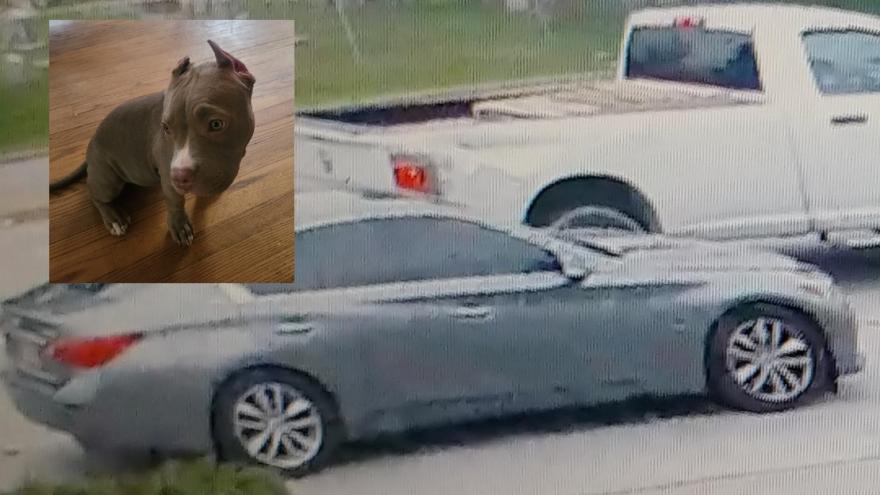 MILWAUKEE (CBS 58) -- Milwaukee police are asking for the public's help to track down suspects who are accused of stealing a bulldog at gunpoint.

Police said the suspects pointed a firearm at two juveniles and took their 4-month-old female white and tan bulldog.

The suspects were in a 4-door, 2017 silver Infiniti Q50 with heavily tinted windows and stock wheels.

Suspect #1 (driver) is described as a 18-20 year-old African American male armed with a black firearm.

Suspect #2 (passenger) is described as a 16-20 year-old African American male with a skinny build and short length dreadlocks. He was last seen wearing a black ski-mask, a black jacket and black pants.