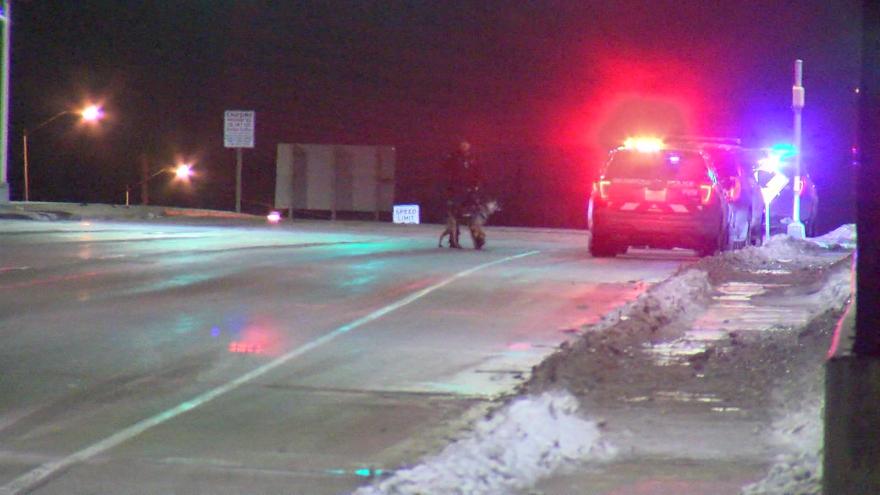 Just after 4:15 a.m., a vehicle was stolen out of a person's driveway in the town of Oconomowoc. Authorities said the owner was warming up their vehicle in the driveway when it was taken.

A Waukesha County Sheriff's Office deputy found the vehicle on Highway 16 and it sped off, leading to a pursuit on I-94 eastbound.

Brookfield police used tire deflation devices on the interstate near Sunnyslope Road, and the vehicle eventually hit a median wall near the Highway 100 interchange.

Two people fled on foot in the immediate area, but with the help of two K-9 groups, both suspects were arrested without incident.