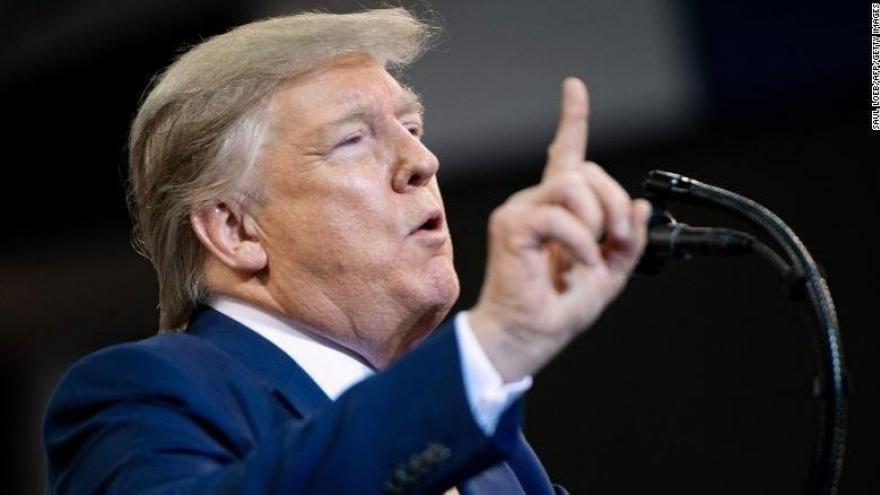 MILWAUKEE (CBS 58) – President Donald Trump will hold a campaign rally in Wisconsin next month, countering a Democratic presidential debate set for the same night in Iowa.

Trump's campaign says the rally will be Jan. 14 at the UW-Milwaukee Panther Arena. It's the same night that CNN and The Des Moines Register are sponsoring the first Democratic debate of 2020 at Drake University in Des Moines.

The Milwaukee rally will also be Trump's second in less than a week. The Republican president's campaign has said he'll hold his first 2020 rally in Toledo, Ohio, on Jan. 9.

The Republican Party of Wisconsin released the following statement on the announcement:

“The Republican Party of Wisconsin is incredibly excited to welcome President Trump to the Badger state on January 14th and highlight all he has done for Wisconsin during his visit. President Trump’s policies have helped Wisconsin grow even stronger during his term in office and the state will be fired up and ready to deliver our 10 electoral votes to President Trump in 2020.”

The president's last visit to Milwaukee came for policy reasons. He visited DERCO Aerospace in July to push for the USMCA trade deal. UWM Professor Mordecai Lee said the rally shows how high winning Wisconsin in 2020 is on Trump's priority list, and that he might think he needs visits to secure the state.

Lee also said despite the Urban setting, Trump should have no problem selling out the 12,700 capacity arena in the two weeks before the event.

“We tend to think, oh it’s Milwaukee it’s Democratic," Lee said. Well it’s Democratic within the city of Milwaukee, but in other areas it’s very republican. And in fact, the trend, for the southern suburbs of Milwaukee County has been, really, ever since Reagan, they’ve gradually been shifting from sort of blue collar Democrats, to being Republican voters.”