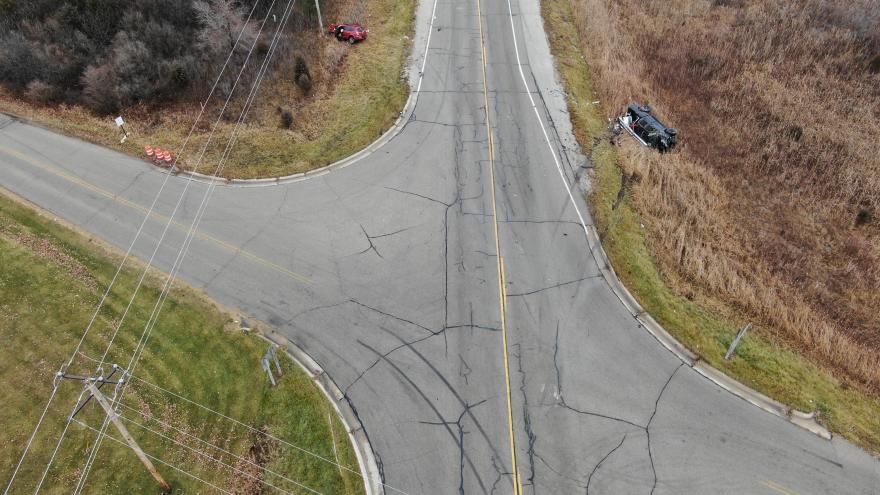 Upon arrival, Racine County Sheriff’s deputies reportedly found the two vehicles involved were in the ditches of Washington Ave, on opposite sides of the roadway.

Deputies say that the initial investigation showed that a red Toyota was traveling southbound on Britton Rd.

Officials say that when the Toyota reached STH 20/Washington Ave, the driver failed to yield the right of way to a Ford truck that was driving eastbound on Washington Ave., resulting in a crash.

Authorities say that the driver of the red Toyota, a 69-year-old woman from the Town of Norway, sustained life-threatening injuries in the crash, and later died from those injuries after being transported to a local hospital.

The Racine County Sheriff’s Office reports that the driver of the Ford truck, a 35-year-old male from Silver Lake Wisconsin, had non-life-threatening injuries.

Officials say that the investigation into the cause and nature of this motor vehicle crash is ongoing.

No additional information is available at this time.