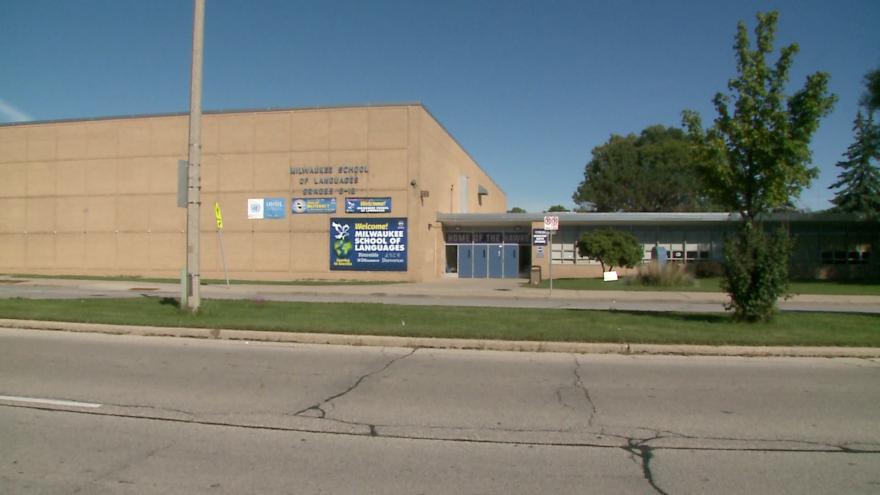 MILWAUKEE (CBS 58) -- The Milwaukee Police Department is investigating a string of reckless driving. This time, on the city's north side, moments before students were let out -- something parents say is becoming far too common.

"It's reckless. It's not even an accident," said Jessie Avery, owner of Brew City Pickles.

Hours after a Code Yellow was activated, parents and business owners are now questioning the safety of their community.

"It's scary out here, you can't drive a decent car without somebody trying to break into it," said parent Shakiyla Brumfield.

The Code Yellow happened at Milwaukee School of Languages -- moments before the dismissal of hundreds of students, with parents being alerted to possible danger.

"It's scary in any situation whether it’s a code yellow, code blue, because you don’t know if your child is involved," said Brumfield.

And just across the street, Brew City Pickles saw everything.

"She saw the reckless driving, she saw the sidewalk driving, and so she just decided for safety precautions, just to close the store for an hour until it all died down," said Avery.

Jessie Avery, owner of the storefront, says this stretch of Burleigh is constantly busy.

"There is just a swarm of people and parents that are unsuspecting, parked on the street, you would never think someone is going to drive through and hit a child crossing the street," said Avery.

Milwaukee School of Languages sent CBS 58 a statement that reads in part:

In the case of reckless driving, MPS has implemented a number of infrastructure measures and is actively working with the city of Milwaukee and the Milwaukee Police Department to implement traffic-calming measures on and around the property.

Now, parents are putting out a call to action to local law enforcement.

"Need them to take action into more laws that they need to follow behind when it comes to them stealing the cars," said Brumfield.

This is an ongoing investigation and police are continuing to seek unknown suspects and their vehicles.

Contributions to this story also made by: Bryant McCray
Share this article: