Ryan Braun officially retires after 14 years with the Milwaukee Brewers 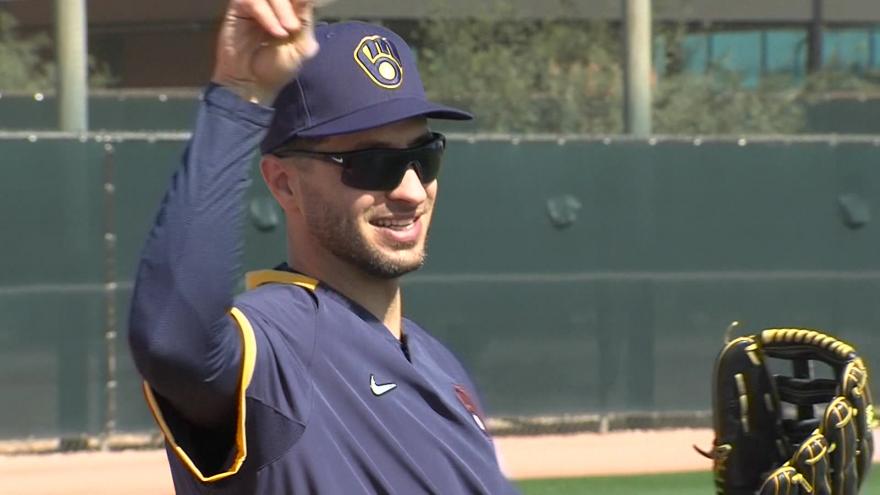 Braun, 37, began his journey as a Major League Baseball player for the Brewers 14 years ago. He played his entire career with the Brewers from 2007 to 2020 and is among the franchise leaders in nearly every offensive category, officials say.

“I have weighed this decision for many months. While I still love this game very much, the time is right for me to retire from my playing days,” Braun said. “It’s difficult to describe my emotions today, but it starts with overwhelming gratitude to those who have shared this experience with me while offering their unconditional support at every turn."

Braun said he has overwhelming gratitude to those who have shared his experience with him.

"I will forever appreciate the best fans in the game and the countless people who came out to the ballpark night after night, making Milwaukee the greatest city to play the game. I also want to thank all the coaches I had throughout my baseball career. From t-ball to high school, college, the Minor and Major Leagues; they profoundly impacted my life."

In a video message to fans, Braun took a minute to say "thank you." Watch it below.

Today, more than 14 years after I first took the field as a Milwaukee Brewer, I’ve decided to retire. While it’s impossible to summarize my emotions, what I feel most is one, simple thing – gratitude.

I just wanted to take a moment to say ‘thank you’.

Brewers Chairman and Principal Owner Mark Attanasio offered his thoughts on Braun's announcement Tuesday. He said Braun was the first player drafted after he took ownership of the team.

“Ryan brought us many unforgettable moments on the field; from playoff-clinching, dramatic home runs to nearly 2,000 career hits, he is unquestionably one of the greatest players in Brewers history,” Attanasio said. “Moreover, Ryan has become a good friend to our family, and his commitment of countless service hours and more than $1 million to community causes over the years has impacted many lives."

Sunday, Sept. 26 will be the last home game of the season for the Brewers, as well as Fan Appreciation Day. Braun will share his gratitude for the fans' support and be recognized in his first post-retirement appearance at American Family Field. Tickets are available here.