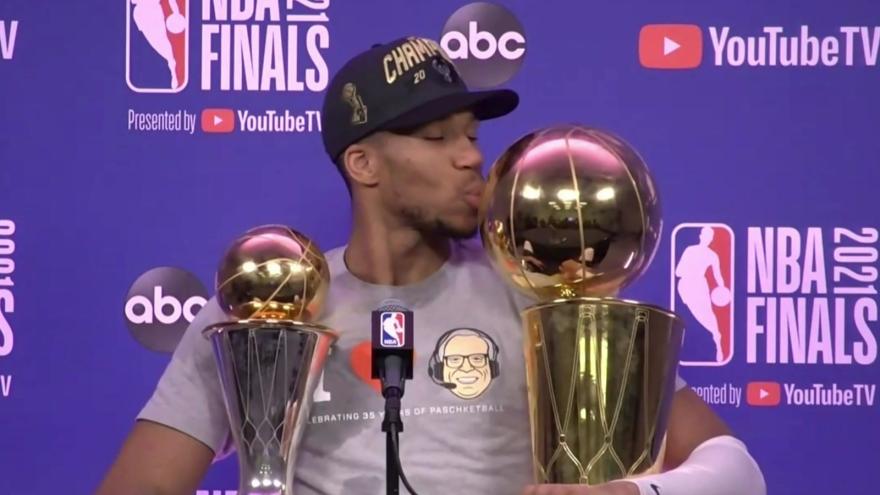 MILWAUKEE (CBS 58) -- A new ESPN survey shows Bucks forward Giannis Antetokounmpo is not only the best player in the NBA, but will be for years to come.

A panel of 15 NBA coaches, scouts and executives gave their thoughts on a variety of topics heading into the 2022-2023 NBA season, and it was filled with a lot of positive things to say about the Greek Freek and the Bucks. Here's where they ranked in a few of the categories.

"He's healthy, you can put the ball in his hands or play off the ball as a screen-and-roll guy, and his defensive effectiveness," a Western Conference scout told ESPN when speaking of Antetokounmpo. "I think Durant is the most talented guy because of his shooting and scoring ability, [but] Giannis' will, the human, the winner, the mentality, the everyday effort, raising the effort of guys around him...it's hard to top that."

"Every time you think he's reaching a limit, he shatters it," a West executive told ESPN. "Why [wouldn't you] expect him to keep doing it?"

"I just think Milwaukee would have done it last year if [Khris] Middleton was healthy," said a West scout during their survey with ESPN. "I think Giannis will be the best player in a series, and my default in most things in the NBA is whoever has the best player tends to win."

DraftKings Sportsbook has Giannis (+600) only behind Luka Doncic (+450) for NBA MVP favorite, and give the Bucks an over/under of 52.5 wins during the regular season, trailing just the Boston Celtics at 54.5.