Tornadoes to snowflakes to a Freeze tonight: Week of weather in Wisconsin

NOW: Tornadoes to snowflakes to a Freeze tonight: Week of weather in Wisconsin

3pm Update: A Freeze warning is now in effect for the entire area tonight. We expect a widespread frost, and many areas will also experience a hard freeze. Temps around the lakefront will drop to around the freezing mark, with upper 20s overnight for inland spots. The warning runs from 1am-9am Saturday.

You know how people always say, "if you don't like the weather, just wait 5 minutes". That was certainly the case in Wisconsin this week. We started the week with highs in the 70s then saw a round of severe weather and tornadoes Wednesday followed by the first snowflakes of the season on Thursday!

The National Weather Service has confirmed four tornadoes across southeast Wisconsin from Wednesday's event. More could be added as meteorologists go over new data and damage the next few days.

The first tornado happened in Waukesha County in Nashotah at 11:48 AM. It was the shortest length tornado only on the ground for a half mile and was rated an EF-0 with peak wind of 65 mph.

The second tornado was the strongest. An EF-0 with peak wind of 75 mph rolled through West Allis even crossing I-894. It was on the ground for over 3 miles.

While the tornado in West Allis was ongoing, there was also a tornado three miles east of Lake Geneva it was an EF-0 with 65 mph wind and on the ground for over two miles.

The last confirmed tornado was in Burlington at 12:30 PM. It was on the ground the longest with a path length of four miles and was also an EF-0 at 65 mph.

We have 4 confirmed tornadoes from Wednesday and more could be confirmed as the NWS goes through more damage and evidence the next few days. All of the tornadoes were rated EF-0 with the strongest in West Allis with peak winds of 75 mph. #readywxpic.twitter.com/rn4wyjRzOw

24 hours after the tornadoes we had some snowflakes mixing in with rain showers in a few hometowns. Some parts of the area saw flurries or graupel, those dippin dot looking snow pellets, or even sleet. It is the earliest trace of snow that we've had in the Milwaukee area over the last five years and a month earlier than last year! 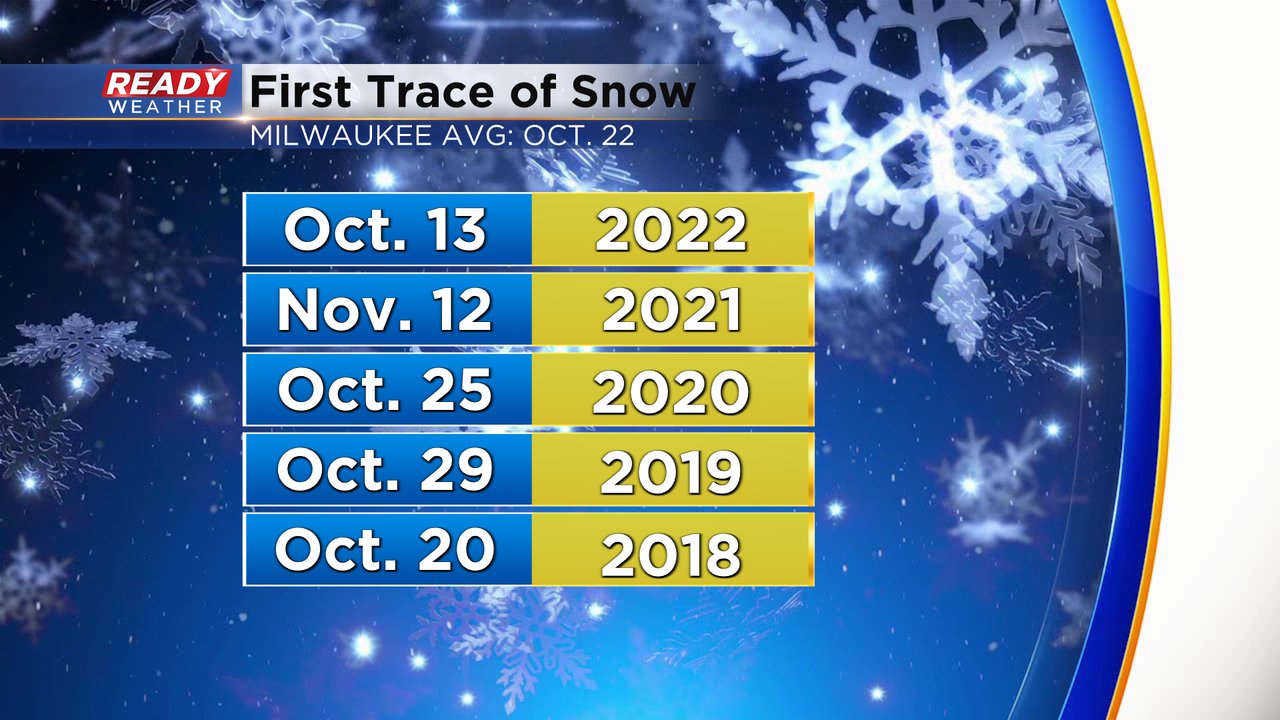 The first flakes of snow arriving on October 13th is about ten days earlier than average. The average first trace of snow happens on October 22nd on average. Now we look ahead to our first measureable snow of 0.10" or more which on average happens in about a month on November 14. 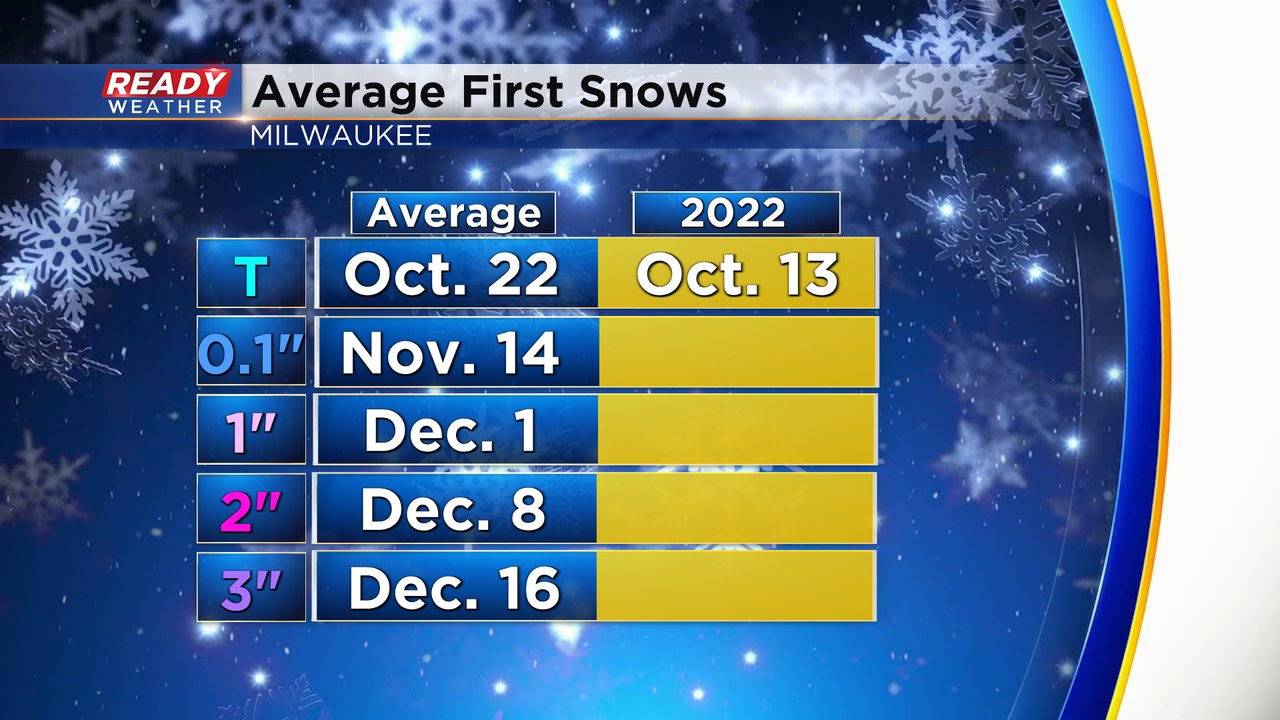 Download the CBS 58 Ready Weather app to see when the next snowflakes could happen.