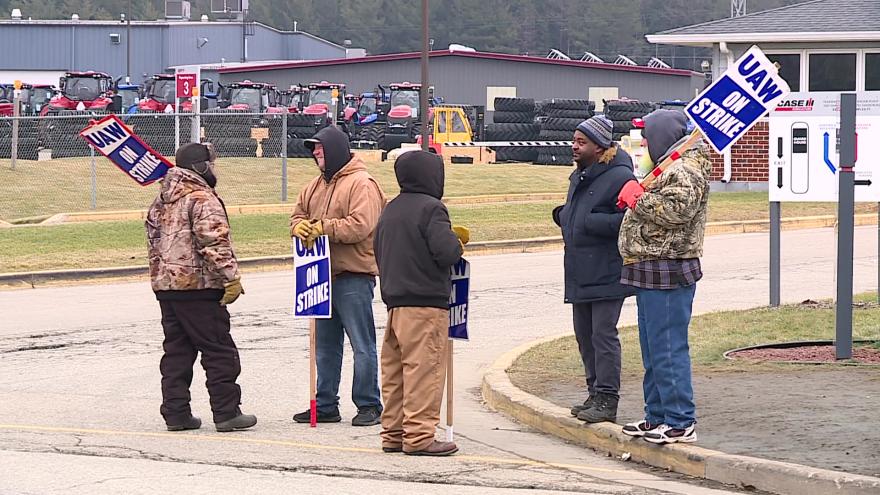 RACINE, Wis. (CBS 58) -- After nearly nine months, union workers in Racine, WI, and Burlington, IA, have come to an agreement with CNH Industrial after walking out on the job in May to demand better pay, safety and healthcare.

This comes after hundreds of workers rejected CNH's "last, best, and final" offer two weeks ago, on Jan. 7.

On Saturday, Jan. 21, the United Auto Workers (UAW) released a statement informing the community that they had ratified a new contract, ending the strike that began May 2, 2022, for better pay and benefits.

"The agreement, which was voted on as an improved last, best and final offer, provides wage increases, shift premium increases, classification upgrades as well as other improvements," the statement said.

UAW President Ray Curry said union workers in Local 180 and 807 "did the hard work to strengthen the hand of negotiators."

Vice President Chuck Browning, Director of the Agricultural Implement Department added that, "our negotiators tenaciously bargained to the very end, even fighting for contract improvements in the face of threats from CNHI to hire permanent strike replacements. Combined with the incredible support from our members, it’s remarkable what had to be endured to achieve this contract."

UAW Region 4 Director Brandon Campbell said they "sincerely thank the membership and the families of locals 180 and 807, surrounding communities and all local unions who dedicated support during this struggle."

“That continued support helped the bargaining team persist, even in the face of the employer’s threats," Campbell said.