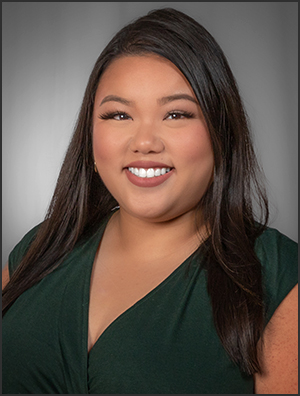 Ellie Nakamoto-White began working as a reporter for CBS 58 in September 2022.

Ellie was adopted from Vietnam when she was just a few months old and raised in Portland, Oregon. This Pacific Northwest native is now thrilled to live in the beautiful Midwest and explore everything that Wisconsin has to offer!

She graduated with a B.A. in broadcast journalism from the Walter Cronkite School of Journalism and Mass Communication at Arizona State University (go Sun Devils!) in 2020 during the COVID-19 pandemic. Immediately after graduation, Ellie began working as a multimedia journalist for KAPP-KVEW, the ABC-affiliate in Tri-Cities, Washington.

Ellie was able to cover all kinds of stories during her two years there, ranging from breaking news to sports to politics -- but her favorite stories are the hyperlocal ones that highlight the community.

In her free time, Ellie enjoys spending time with family, traveling the world (she's been to 14 countries and 22 states), cooking, and taking Theo, her 11-month-old schnoodle, on walks in the park.

She also considers herself a total foodie, and is searching for any and all restaurant and food truck recommendations in the Milwaukee area.

If you have any story ideas or tips, you can contact Ellie at [email protected] Also, if you see her in person, say hi!