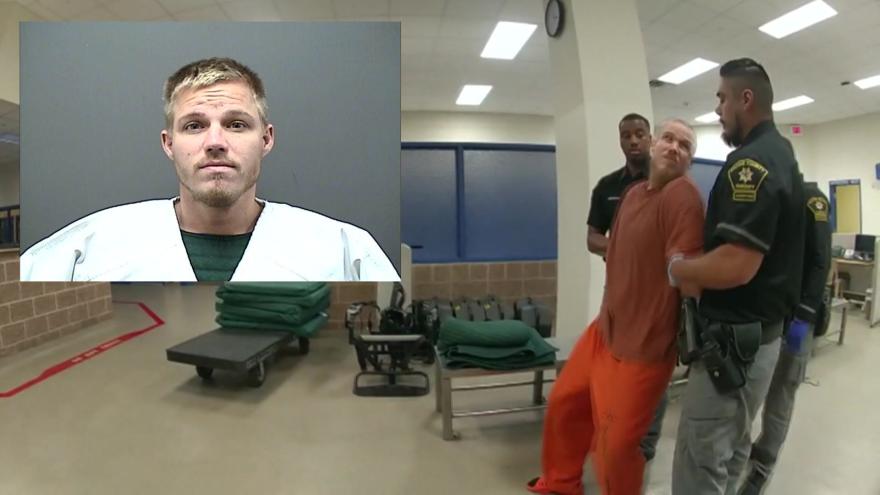 RACINE COUNTY, Wis. (CBS 58) -- An inmate at the Racine County Jail assaulted a correctional officer Tuesday, Sept. 27 and the attack was caught on camera.

Allan Brown head-butted an officer while he was being moved to a new cell. The officer had to be treated for face injuries.

Brown is accused of shooting and killing two people in Chicago last year.

He's also charged with shooting and wounding K-9 Riggs with the Kenosha County Sheriff's Office. Riggs has since recovered from the injury.

Brown was moved to the Racine County Jail while the Kenosha case is pending, and after Tuesday's incident he faces new charges of battery and substantial battery.

“Allan Brown is a prime example of the dangerous and unpredictable people law enforcement and correctional staff may encounter daily, and I am proud to serve with the men and women of law enforcement who are willing to accept these risks to protect the community," Sheriff Christopher Schmaling said.