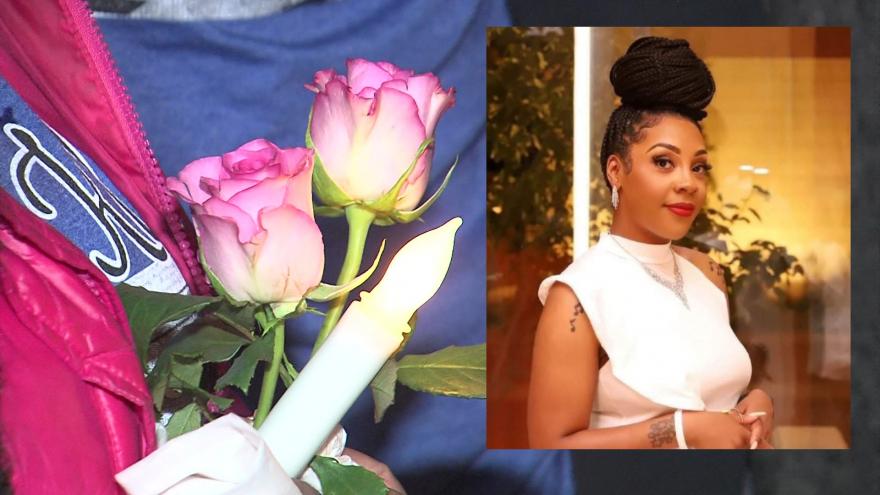 MILWAUKEE (CBS 58) -- A woman shot and killed at a club in downtown Milwaukee was remembered at a vigil Tuesday night, Feb. 15.

Dozens of people gathered outside the Brownstone Social Lounge on Water Street, where 31-year-old Krystal Tucker was working when a gunman opened fire. Two other men were hurt.

"My first question was what happened to this young man that caused him to come into this establishment and use a gun because he was so angry," said Krystal Tucker's mother. Barbra Tucker says she is praying for the person who killed her daughter.

Barbra attended the vigil alongside Krystal's loved ones, co-workers and patrons of Brownstone Social Lounge.

"Krystal was a 31-year-old, beautiful soul who was my friend," said Smith.

He went on to talk about how he used to see her every morning when he came into the office.

See Also 'She had a beautiful spirit': Woman killed in triple shooting near Water and Clybourn
"I just don't know how I move forward walking through that office knowing she's not coming back," said Smith.

Arnitta Holliman, the director of Milwaukee's Office of Violence Prevention, said the violence like this has to stop.

Barbra was overwhelmed by the support from the community.

"It just shows me how much people really loved her and what they thought of her, and it makes me feel like I must've done something right," said Barbra.

Milwaukee police said they know the identity of the shooter and they're still looking for the suspect as of Tuesday night.

The owner of Brownstone Social Lounge said at the vigil the lounge will be closed for the next two to three weeks as it gets remodeled in Krystal's honor.