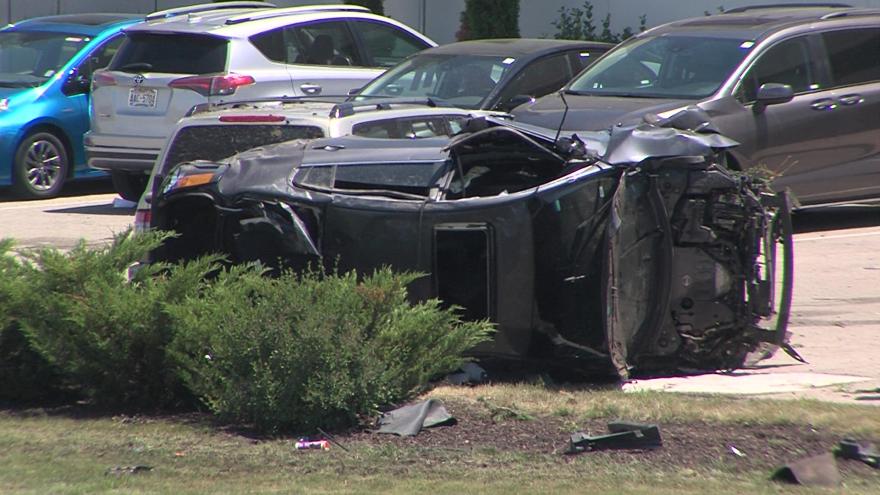 BROOKFIELD, Wis. (CBS 58) -- A wanted man was arrested following a pursuit and crash in Brookfield on Thursday, June 30.

According to the Waukesha County Sheriff's Office, around 12:17 p.m., a traffic stop was conducted on eastbound Capitol Drive near Five Fields Road on a vehicle with a wanted subject inside.

During the initial stop, a passenger exited the vehicle and was taken into custody without incident.

Authorities say when the passenger got out, the driver of the vehicle fled the scene.

A Waukesha County Sheriff's Office attempted to stop the vehicle, but the driver failed to stop -- starting a pursuit. Officials say the vehicle then crashed on eastbound Capitol Drive near Barker Road.

The 29-year-old driver, a Milwaukee man, was taken into custody and transported to a local hospital via Flight for Life with non-life threatening injuries.

No other injuries occurred as a result of the crash.

The incident remains under investigation by the Waukesha County Sheriff's Office and Wisconsin State Patrol.