NOW: 7th driest November on record comes to an end as we look ahead to December

Welcome to the last month of the year! December starts today and it comes after a November that featured a lot of up and down temps and not a lot of rain or snow. Officially the average temperature for November was exactly 40.0* which is just barely below-average by around a half degree. 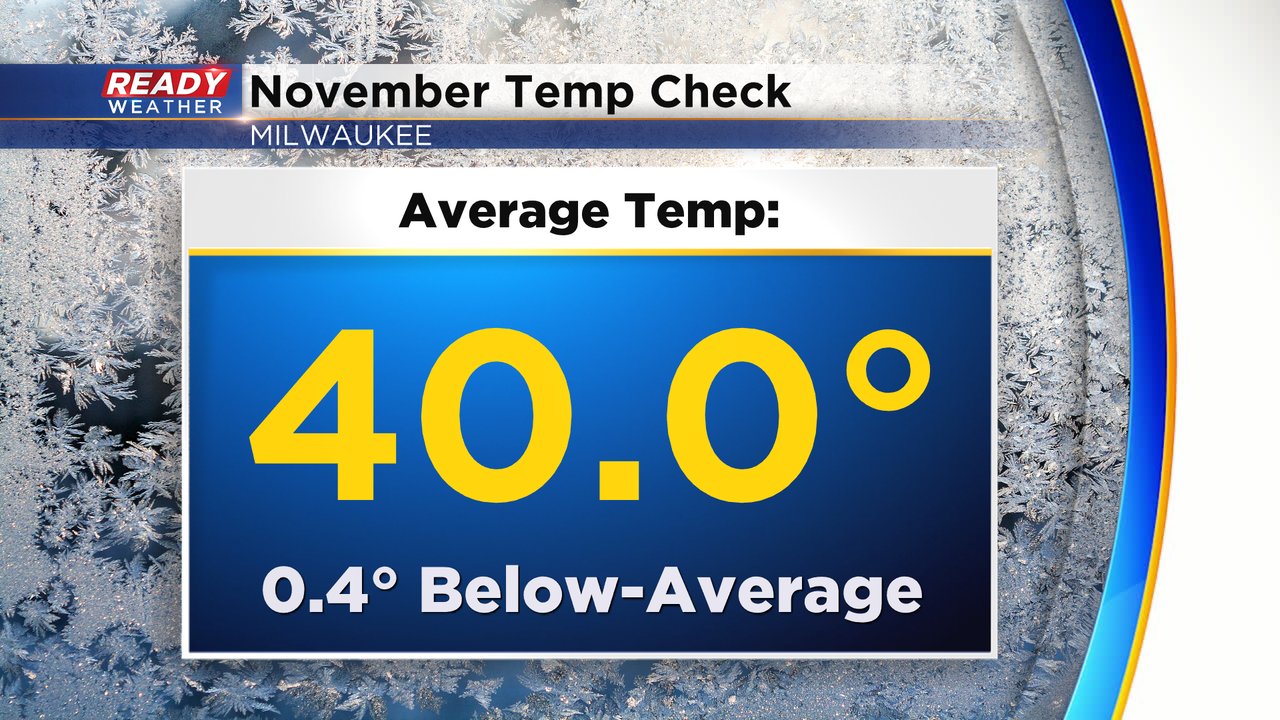 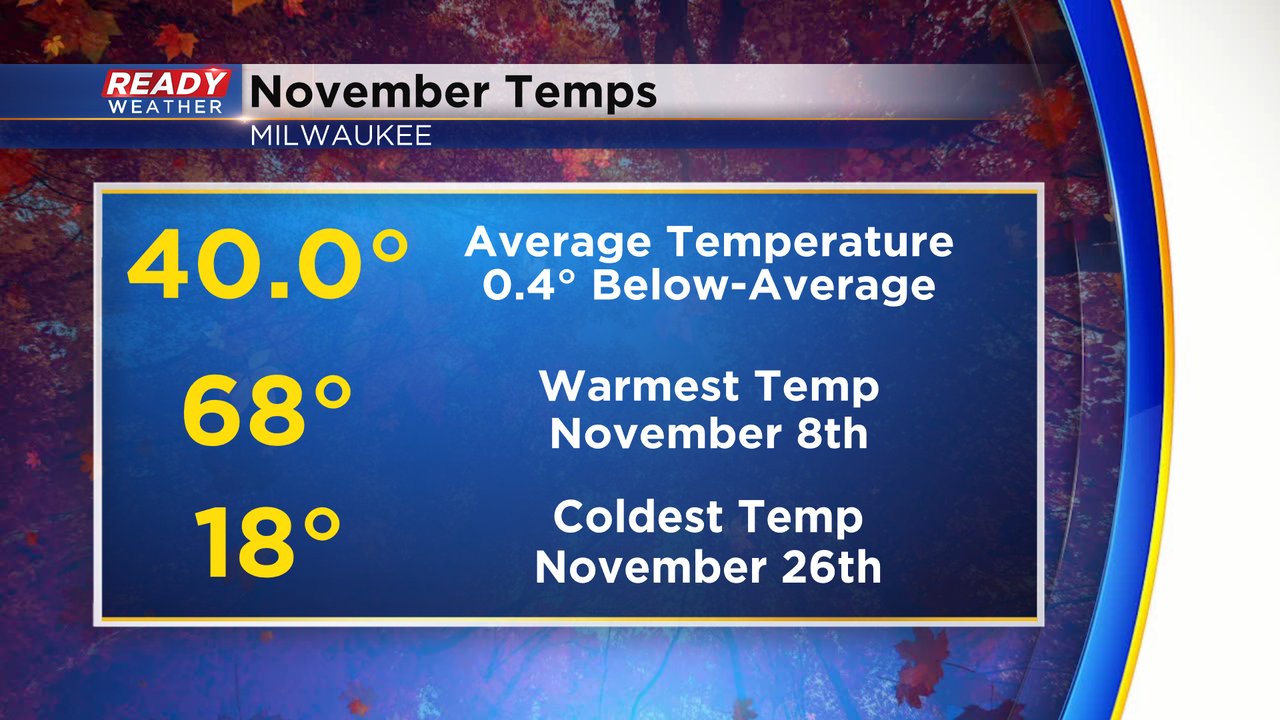 November had some very light rain and snow showers here and there but nothing really accumulated. Total precipitation, which was mostly rain, totaled to just 0.42" which is well below-average the average of 2.24". It goes down as the 7th driest November on record. 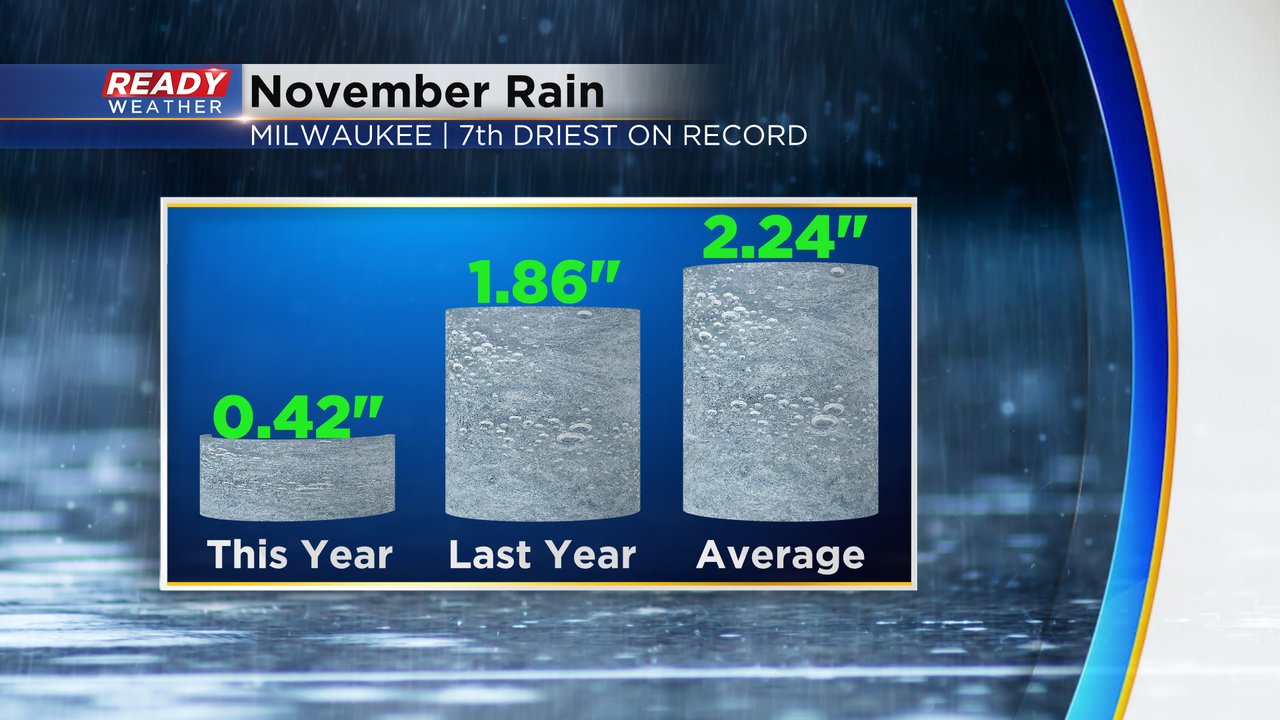 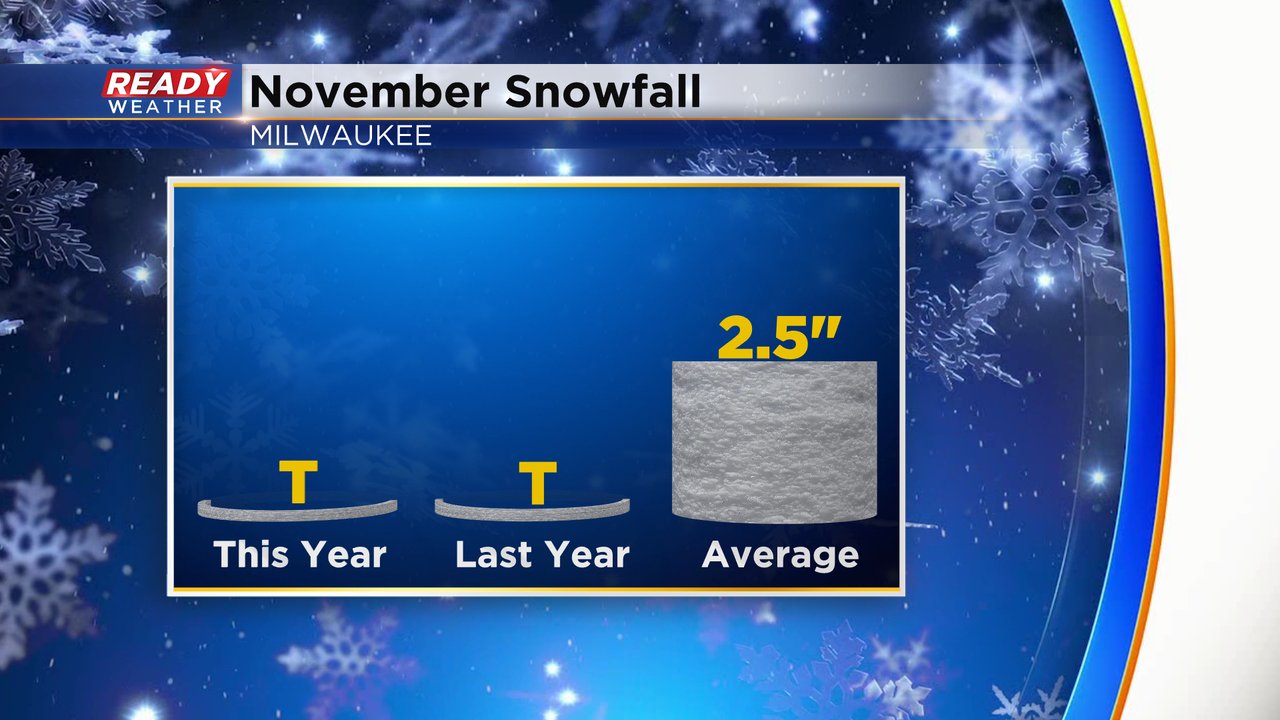 December 1st is the average date for our first inch of snow in Milwaukee. We could see a few snowflakes during the first week of the month but nothing is looking too heavy. Our average snowfall really ramps up in December with over 10" of snow on average. The average highs go from around 40* to freezing and the average lows drop from the upper 20s to the upper teens. 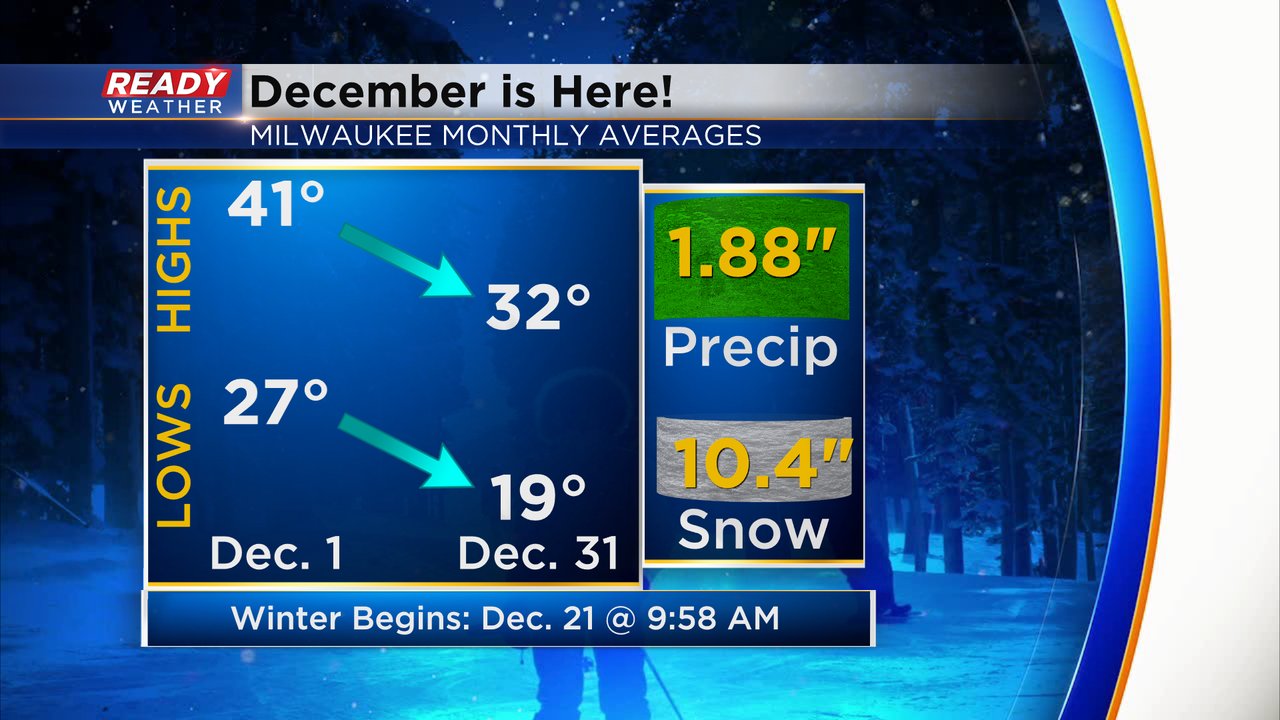 December 1st is the start of meteorological winter but the astronomical season doesn't officially begin until December 21st at 9:58 AM. Download the CBs 58 Ready Weather app to track any of those snow chances.