NOW: After a chilly January with some snow we start to warm up in February

We've now been in February for about a week and so far the month has featured a few light snow chances and some up and down temperatures. More of that can be expected over the next week to two weeks as the weather pattern tries to decide if it wants to go cold or warm. On average, by the end of the month of February the high temperature starts to get close to 40* and the lows are more in the 20s than teens. The snowfall we average in February of 11.8" is the second snowiest month on average after January. 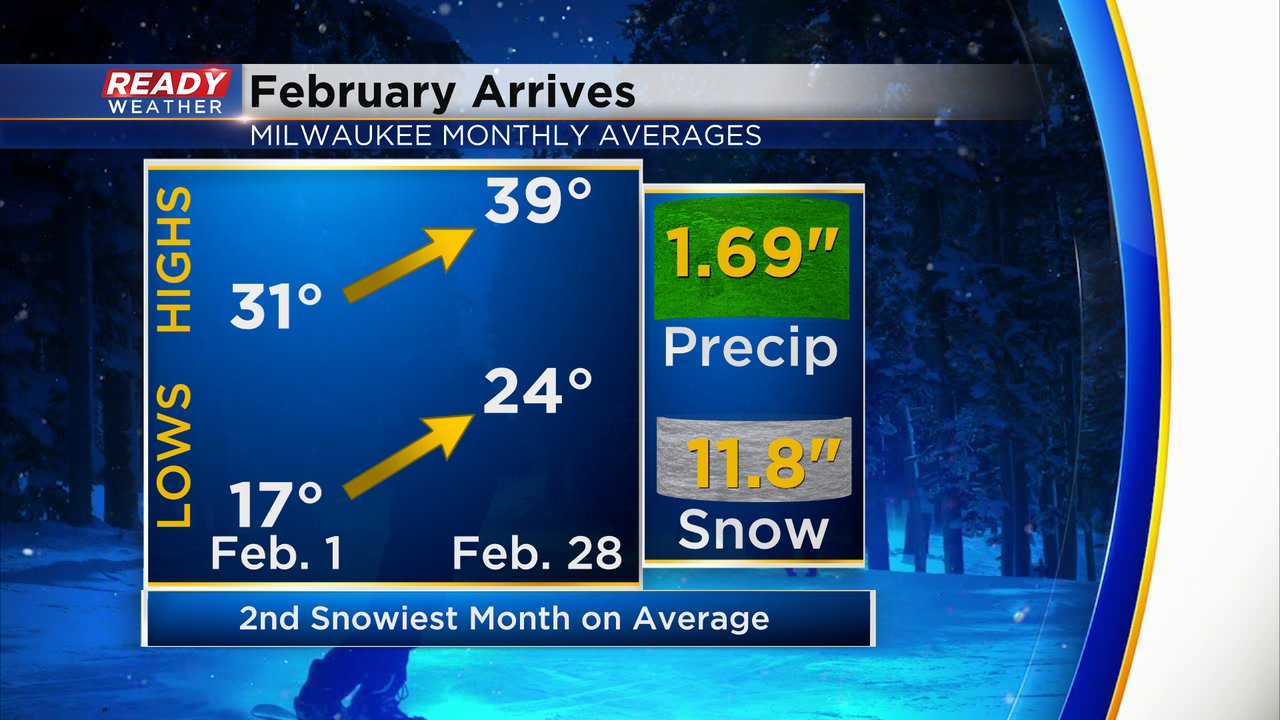 In January we dipped and dabbed with our snow chances and ended up with just over 10" of total snow in the month. That snowfall was below the average of nearly 15". Last January in 2021 was when our snow machine really ramped up and we had over 20" of snow during the month. 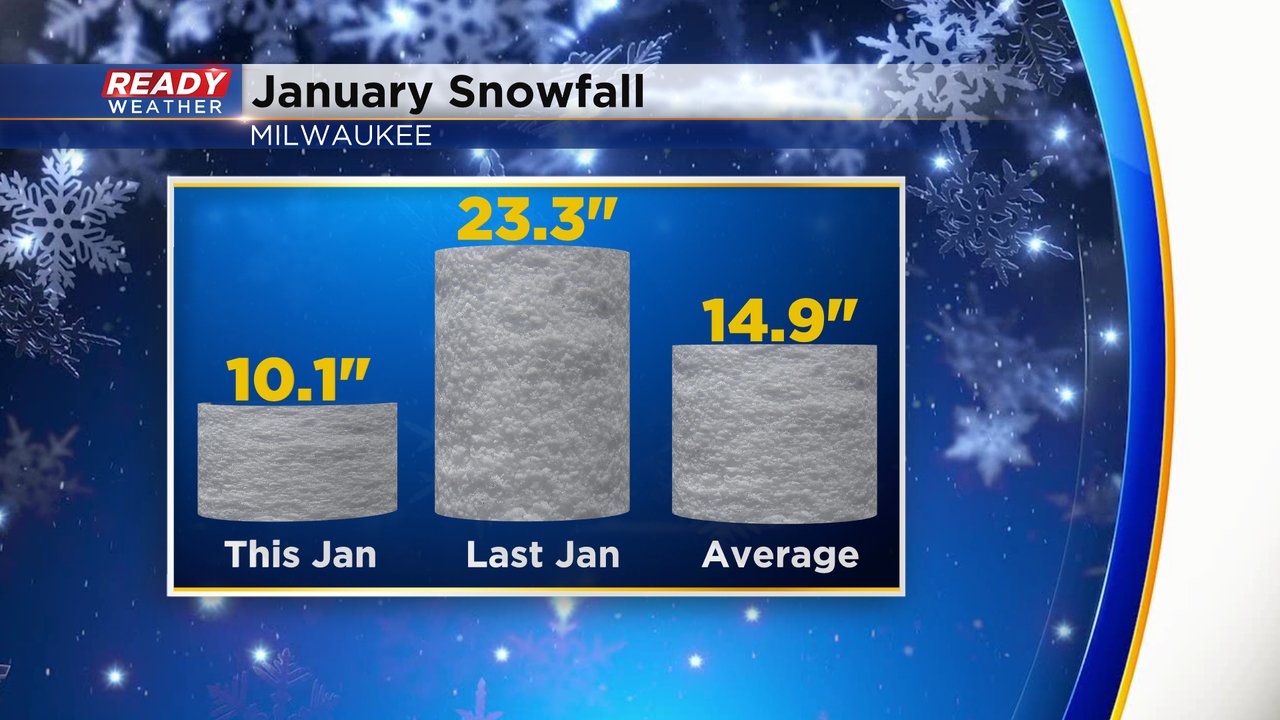 January was overall a chilly month. The average temperature of 20.5* was the 60th coldest January on record. Only one day saw widespread temperatures below-zero. That was January 26th when the low got down to -5* in Milwaukee. 43* was the warmest day on January 18th. 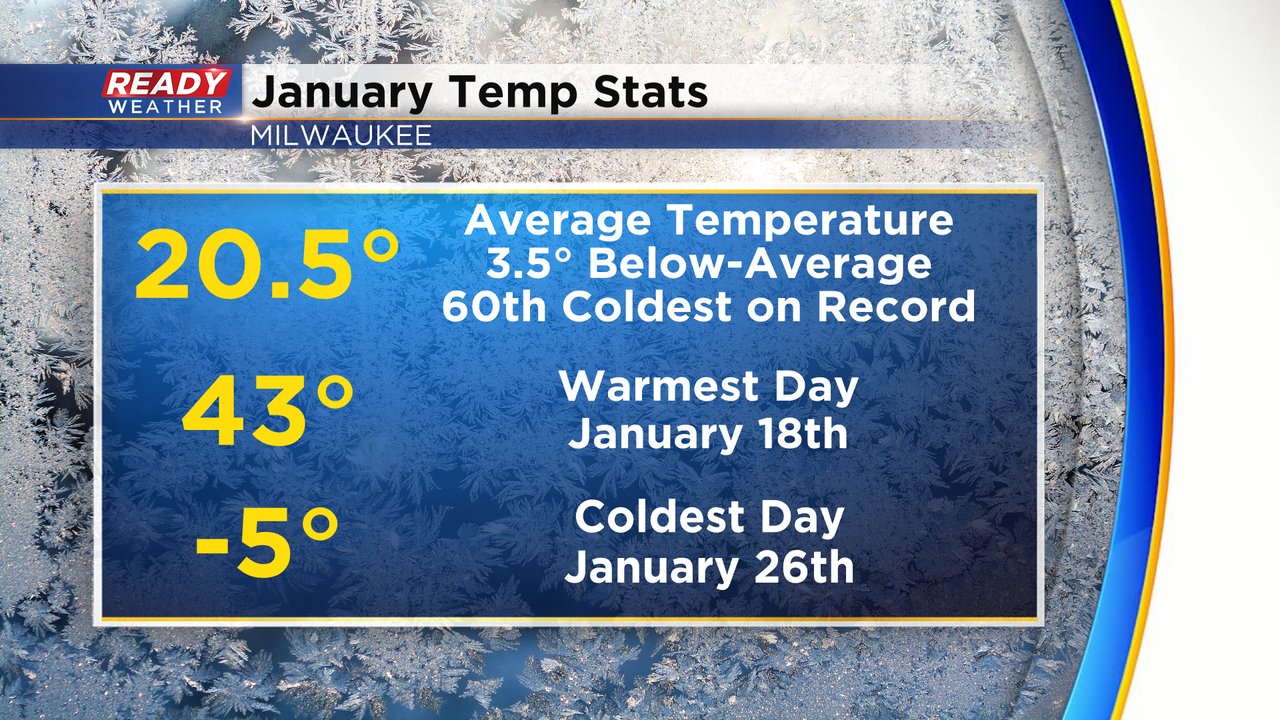 Download the CBS 58 Ready Weather app to track the up and down February temps.