We had our first one yesterday, a 90 degree day that is. 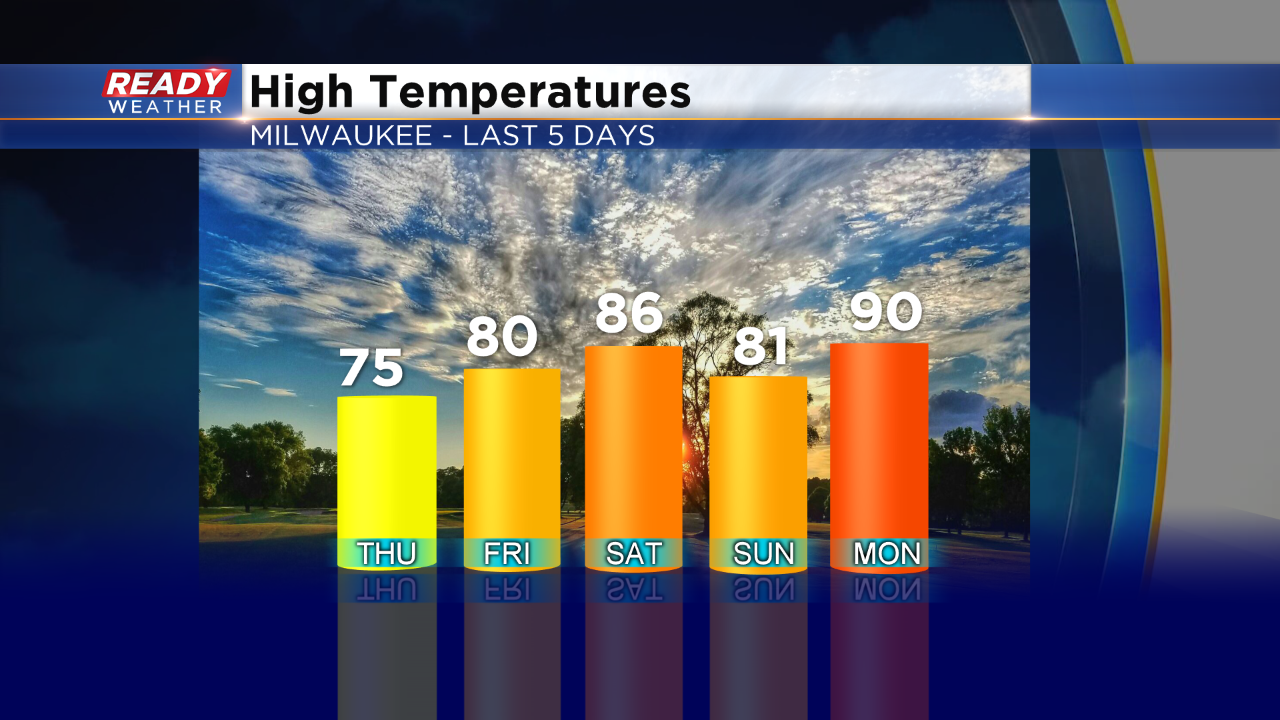 It's not unheard of to continue the heat into the last month of meteorological summer. Looking at records, we average three days in the 90s during the month of August. That's from data going back to 1938, when records began at Mitchell Field. 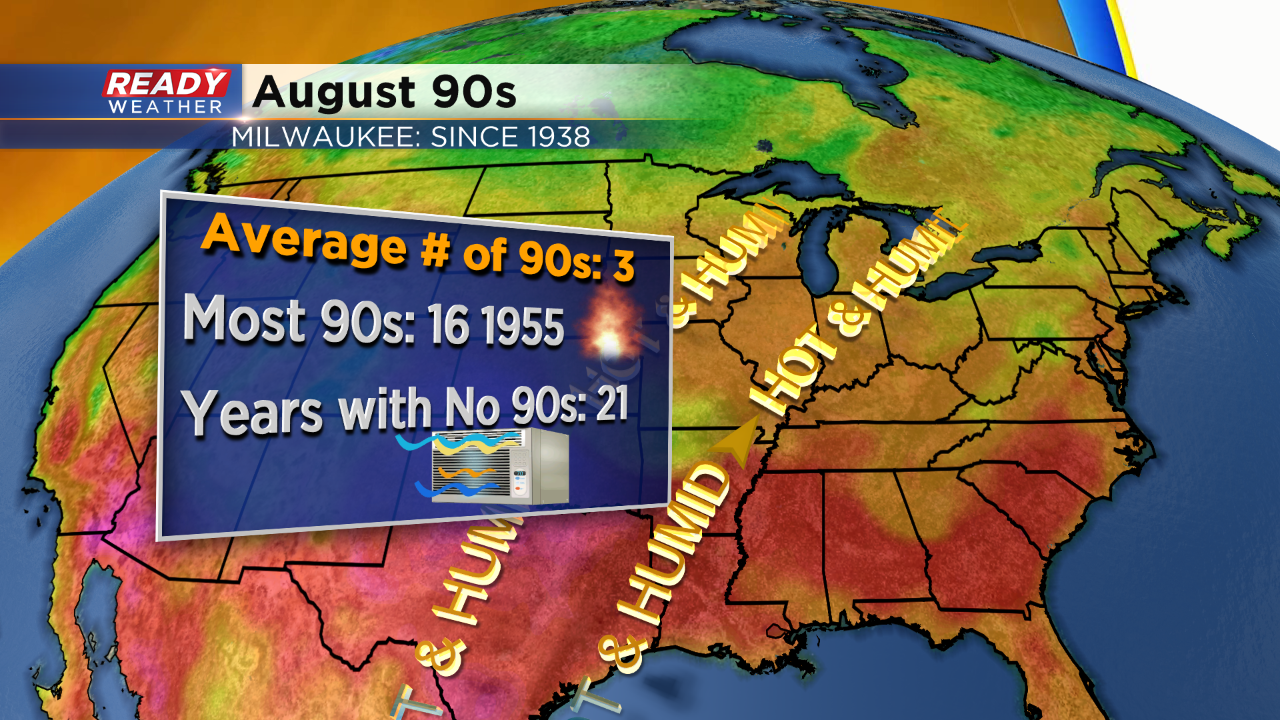 As you can see from this map, there's also a handful of years where we find no 90s or warmer in August. With twenty-one (relatively speaking) cooler months since 1938, that gives us about a 25% chance of going through an August without any 90 degree heat. By contrast, look at 1955! That year also included one triple digit heat day that set a record high of 100 degrees.

So while we just tallied our first 90 for August, here's the running total on the year: 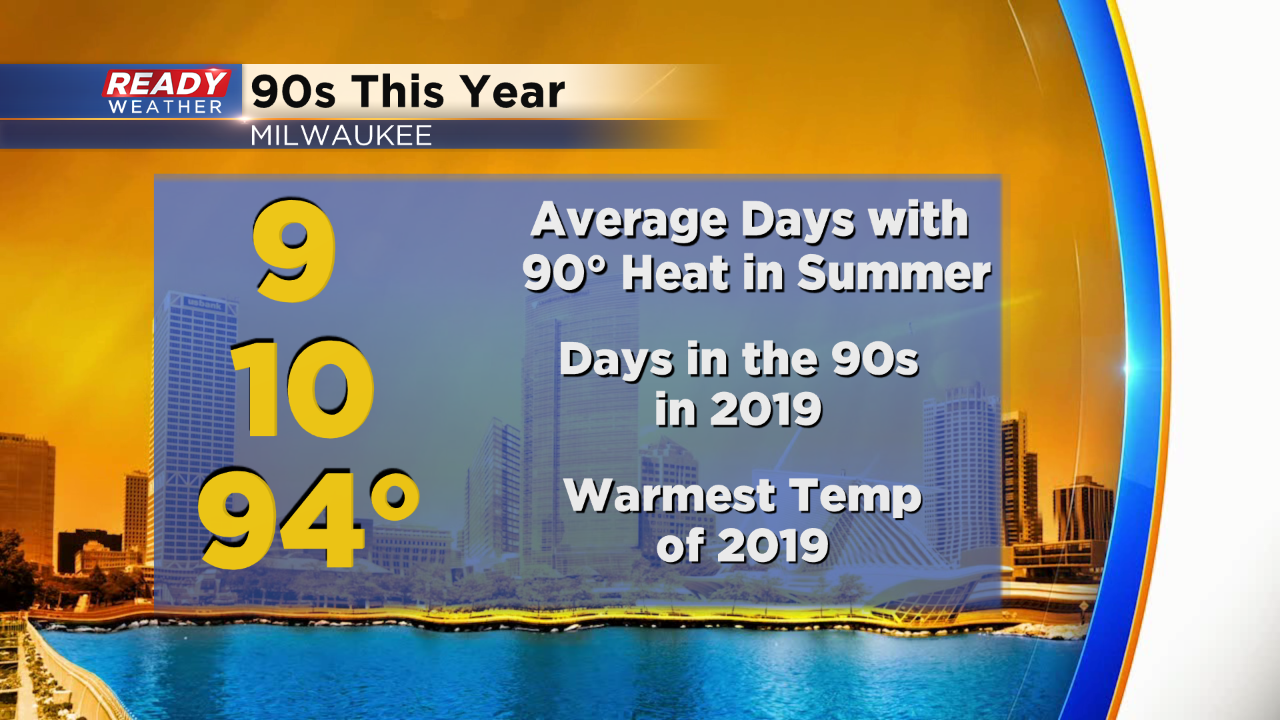 We've already satisfied our nine average 90s per year and we could get close to 90 again tomorrow. Overall most years in recent past have ended a little above average in the 90 degree department. 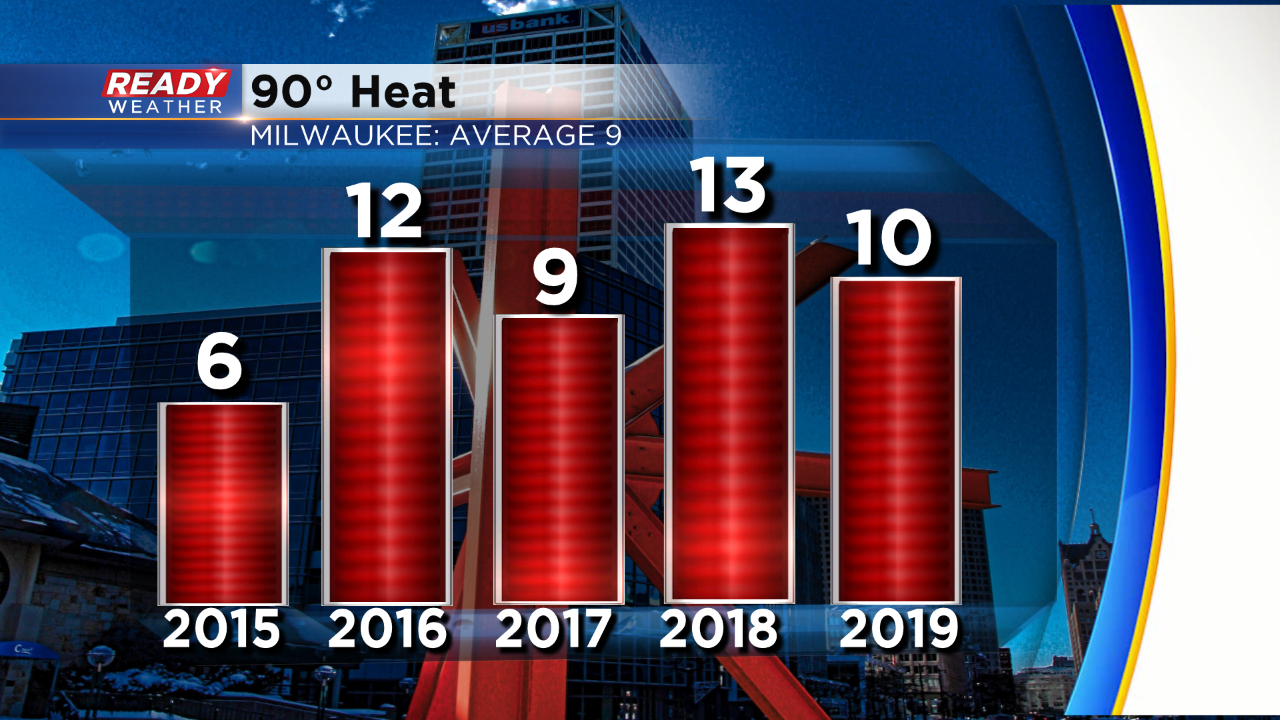 Plenty of heat left to go this season, but days are numbered. Make sure to get out and enjoy it!