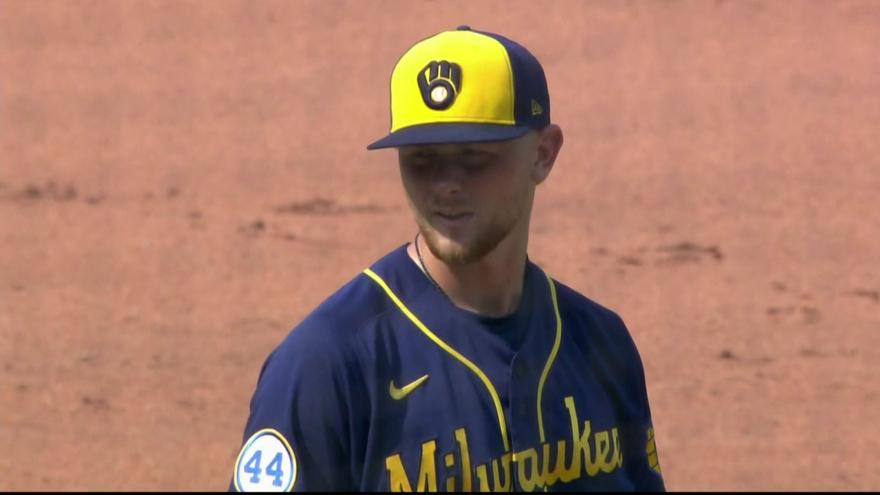 Brewers pitcher Eric Lauer has picked up the tab for the fans at Blackstone Creek Golf Club as a token of appreciation for their support this season.

The last player to pick up the tab for the Brewers was pitcher Aaron Ashby at Belfrē Kitchen in Delafield.

The Crew is on the road in Cincinnati in what will be their final road trip of the season.

The Brewers are making one final push to get into the playoffs with less than three weeks left of the regular season.

But that doesn't stop them from giving back to their fans.