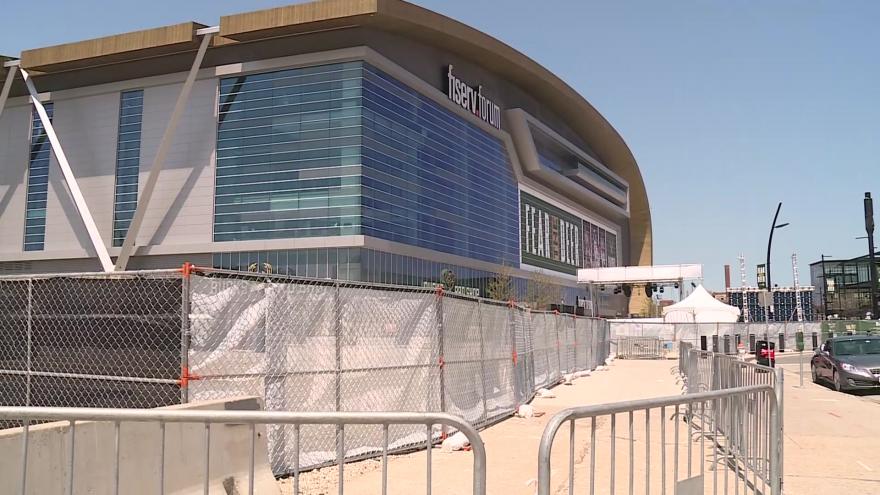 MILWAUKEE (CBS 58) -- Extra security measures were put in place ahead of Game 6 of the Eastern Conference Semifinals between the Bucks and Boston Celtics at Fiserv Forum.

"You're going to do your detecting, screening over at the plaza, and once you're inside, you're free to go," Ray Daryabigi the Bucks' VP of experience told CBS 58. "If you have a ticket to the game, come on in, if not, celebrate with the rest of our Milwaukee Bucks fans."

Milwaukee police said in a statement the department is collaborating with the Bucks organization for security planning and ensuring a safe environment.

Some fans said they won't be surprised if there's some activity.

"You get thousands of people around, drinking, something's going to happen, you just hope it's not too bad," said Earl Reed Jr., a Bucks fan attending Game 6 with his daughter.

Others are grateful for heightened security measures, especially after last year's incidents of violence after some playoff games which included shootings, fights, property damage and dangerous behavior.

"A cousin of mine down here last year having a great time in the Deer District, and everyone's celebrating and throwing things up in the air and she got 21 stitches in the head," Lindsey, who works in the area, told CBS 58. "I think the police presence downtown this year is a lot more, which is fantastic, not only keeping an eye on the people but the buildings and businesses that are happening, and I think some of the bars and restaurants and stuff are putting more bouncers and things outside to keep an eye and make sure everything's safe, which is great."