CBS 58 awarded three Emmys over the weekend, the winning stories can be seen here 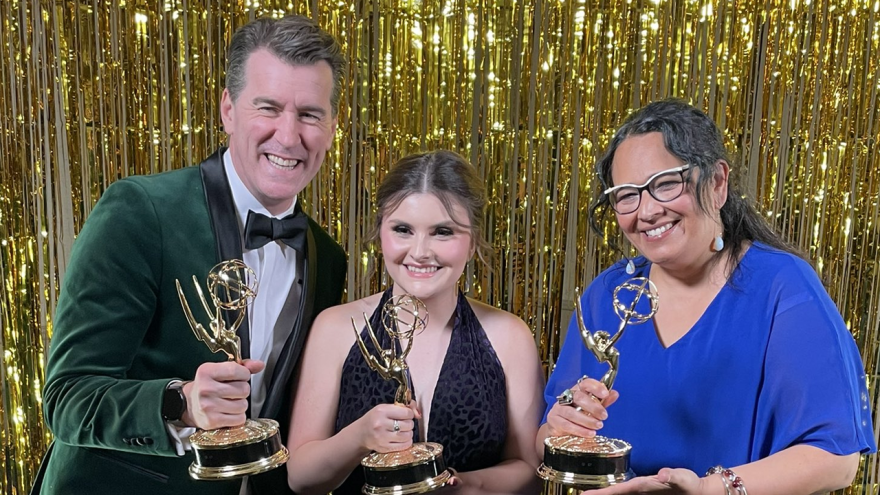 MILWAUKEE (CBS 58) -- CBS 58's news team was honored to win multiple Emmy awards over the weekend from the Chicago / Midwest chapter of the National Academy of Television Arts & Sciences.

The award for Outstanding Achievement for News Gathering - Education / Schools was awarded to reporter Emerson Lehmann and photojournalist Jerry Imig for the following story about an area teacher starting a 'Just Us and Books' program to offer improved reading to local children.

The award for Outstanding Achievement for News Gathering - Lifestyle News went to reporter Bill Walsh with photojournalist Cody Berquist as they tried to tackle the case of the 'Tosa turkeys that terrorized our own Amanda Porterfield.

Bill Walsh's acceptance speech, paying tribute to his father, can be seen below:

CBS 58 is proud to be honored with these trophies of recognition, but the awards simply make the news team even more proud to offer our best effort every day to earn Milwaukee's trust as your hometown station.