Cooler temps move in to end a very warm July

It's been another hot start to the week across southeast Wisconsin, with highs ranging from the mid 80s to mid 90s in most locations. 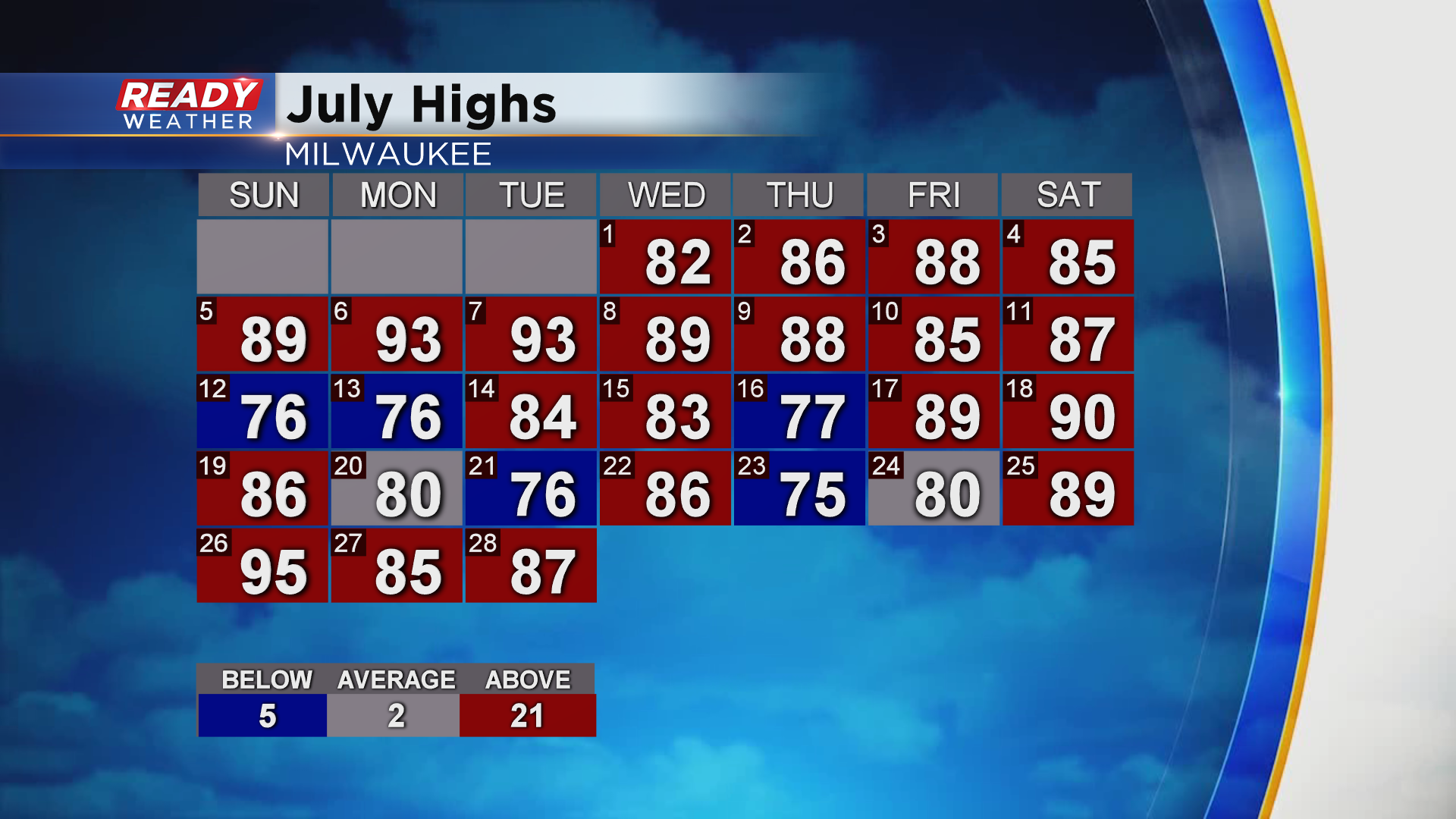 Most of the month has featured above normal highs in Milwaukee, and that continued today as temps are in the mid 80s as of early afternoon. Through the 28th, this has been Milwaukee's 3rd warmest July on record. 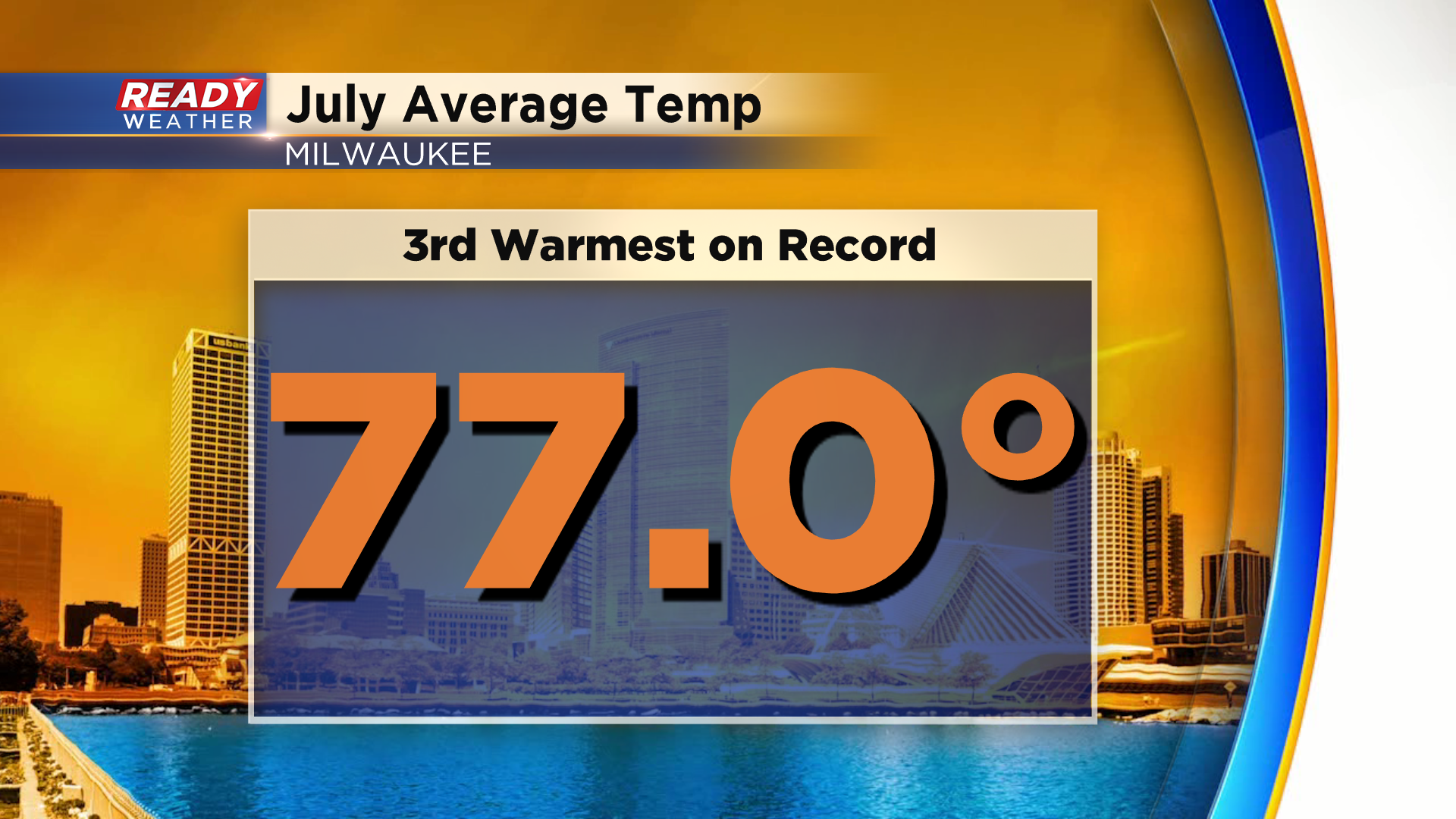 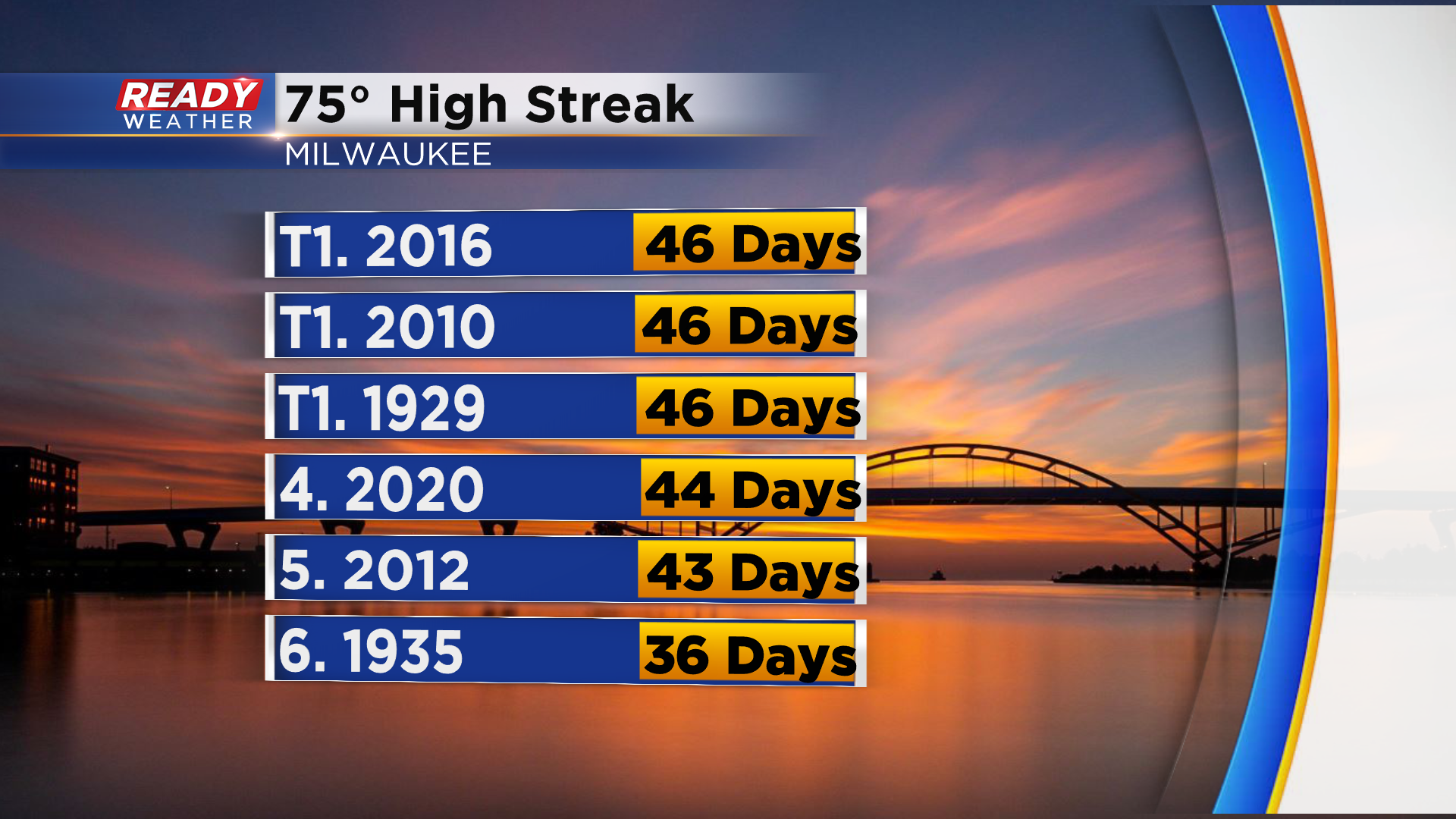 It's going to be a close call reaching 75° the next two days thanks to a decent northeasterly breeze. Highs are expected to reach the mid to upper 70s the next two days before returning to 80° to start the weekend. 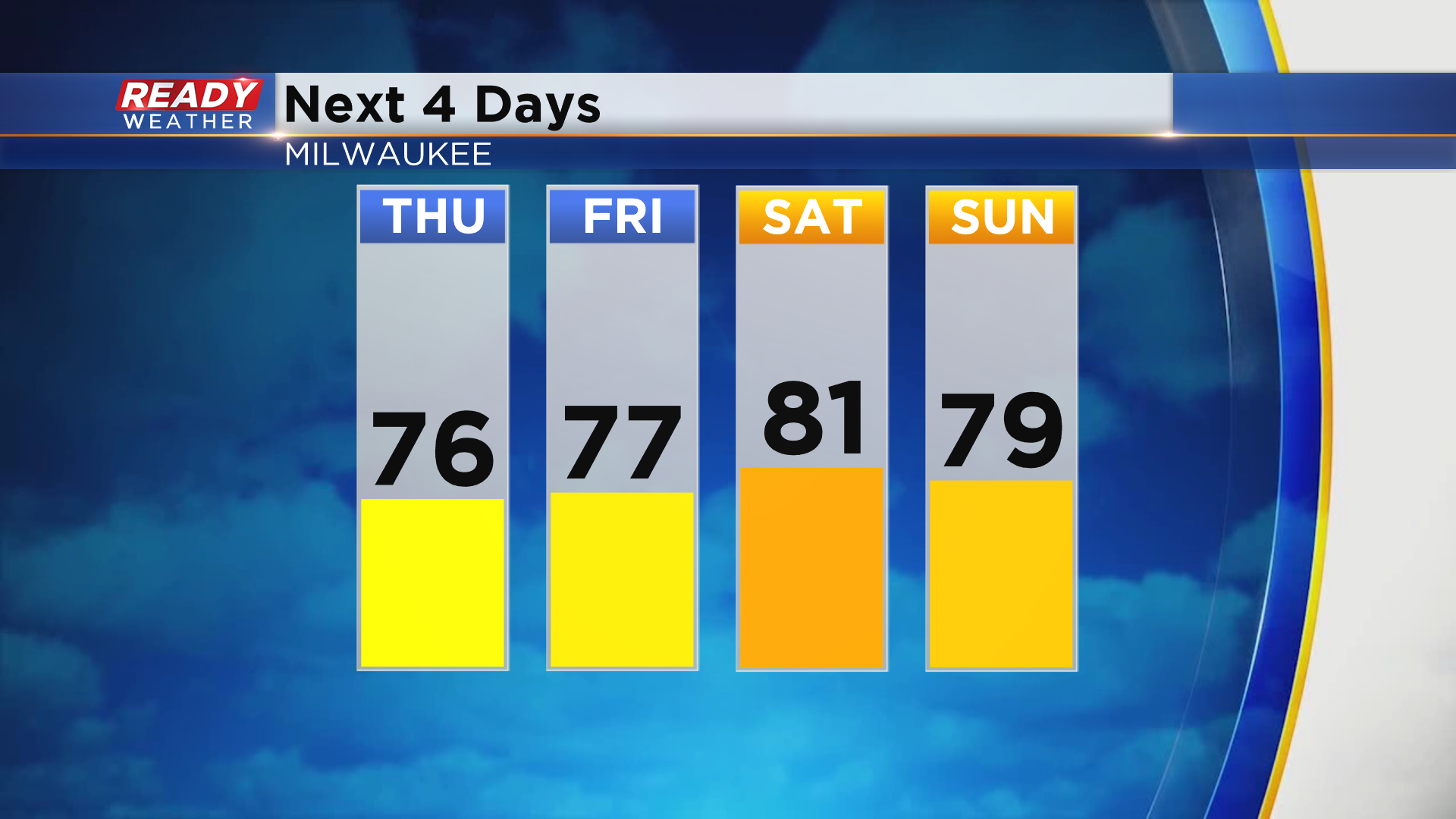 The streak may come to an end sooner rather than later as the 6 to 10 day temperature outlook from the Climate Prediction Center shows a 40% chance for below normal temps through the first full week of August. Normal highs at that time are in the upper 70s. 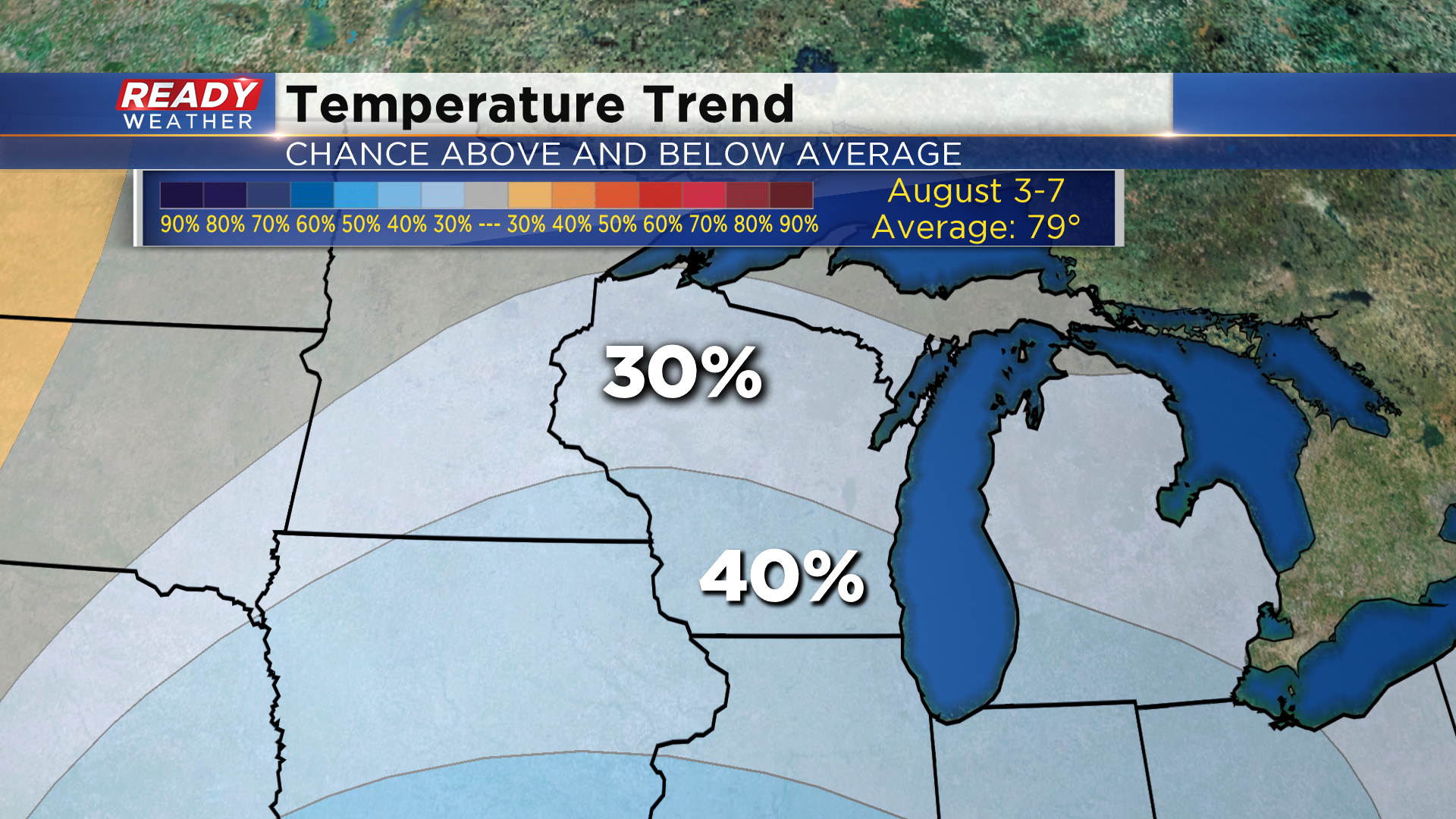 Download the CBS 58 Ready Weather App to see when the next chance for storms arrives.