Coolest High and Low Since The Start of Summer

NOW: Coolest High and Low Since The Start of Summer

We had a nice long stretch of summery weather, as expected the last couple months. Yesterday we knew a colder day was on the way. How cold? Well, it was the first time we stayed in the 60s for highs since the first day of summer, back on June 21st. Summer kicked off with a high of just 67 degrees. Meanwhile by that point the average high is already at 77, so it was off to a cool start. Overall we had plenty of warmth through our summer months. Now we have entered Meteorological Fall, which spans September through November. And it's getting to be that time of year where nights start to feel cool and crisp and days warm, but milder. It always feels a bit abrupt though, doesn't it? Check out highs the last five days: 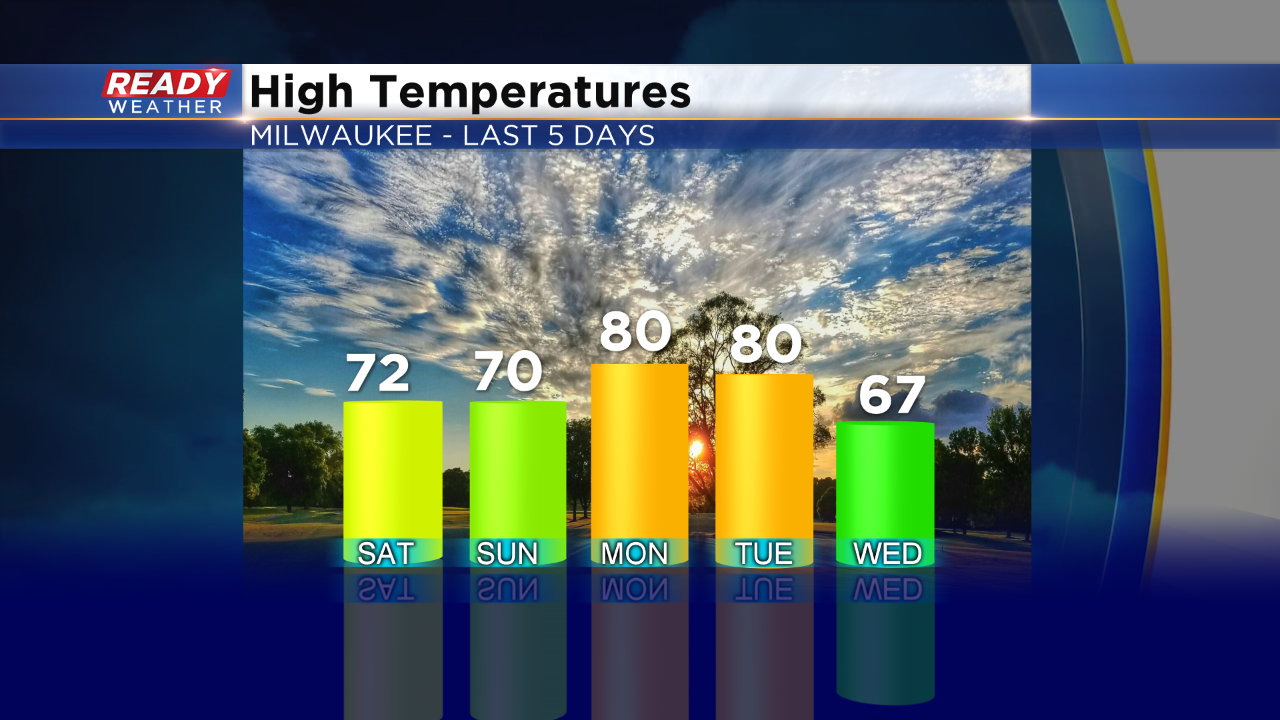 From 80s to 60s along with plenty of clouds, yesterday felt like fall! Moving ahead to this morning, it was a chilly start: 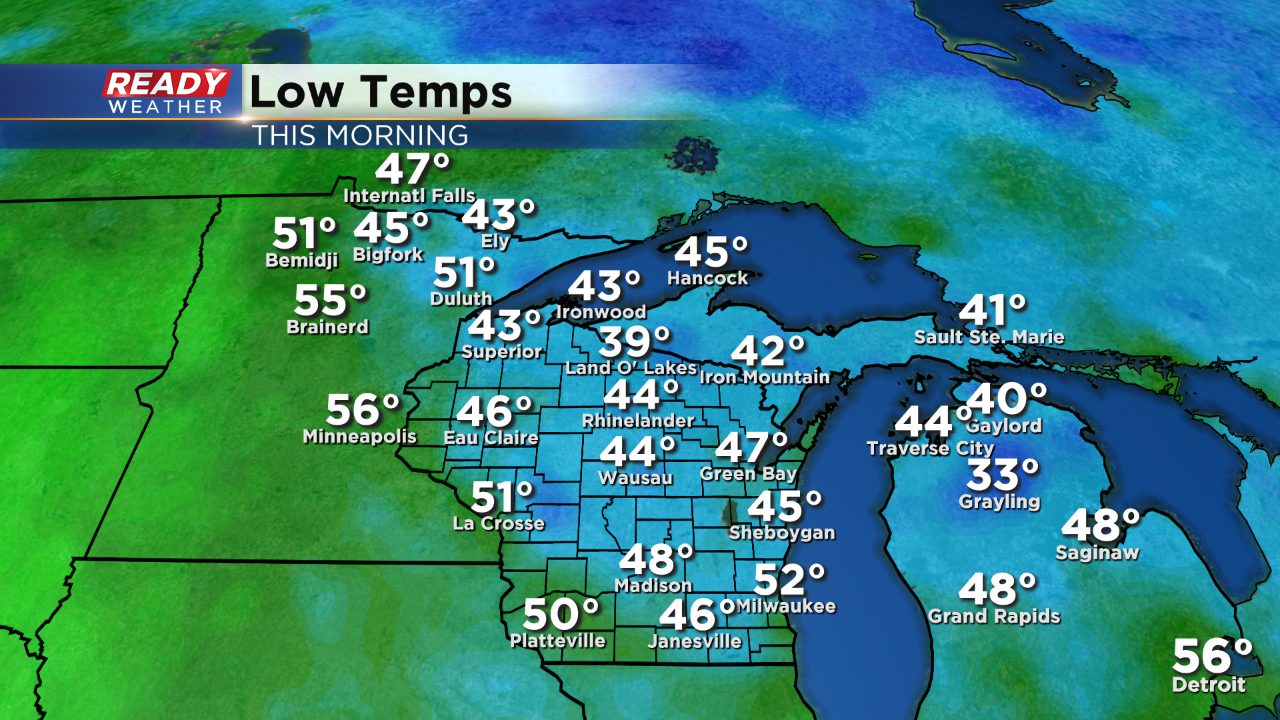 Some spots in the Northwoods of the state fell to the 30s! And that's not the first time that has happened this season in that area. Here closer to home that low of 52 was also a bit of a milestone. That's the coolest low temperature Milwaukee has recorded since the first day of summer with a low also at 52 degrees. But fear not, there's still some summer heat on the way. While temps stay mild through the weekend, next week we eye a warm up with 80s back on the board. Further down the pike warm weather may very well stick around. This is the outlook from the National Weather Services "Climate Prediction Center". 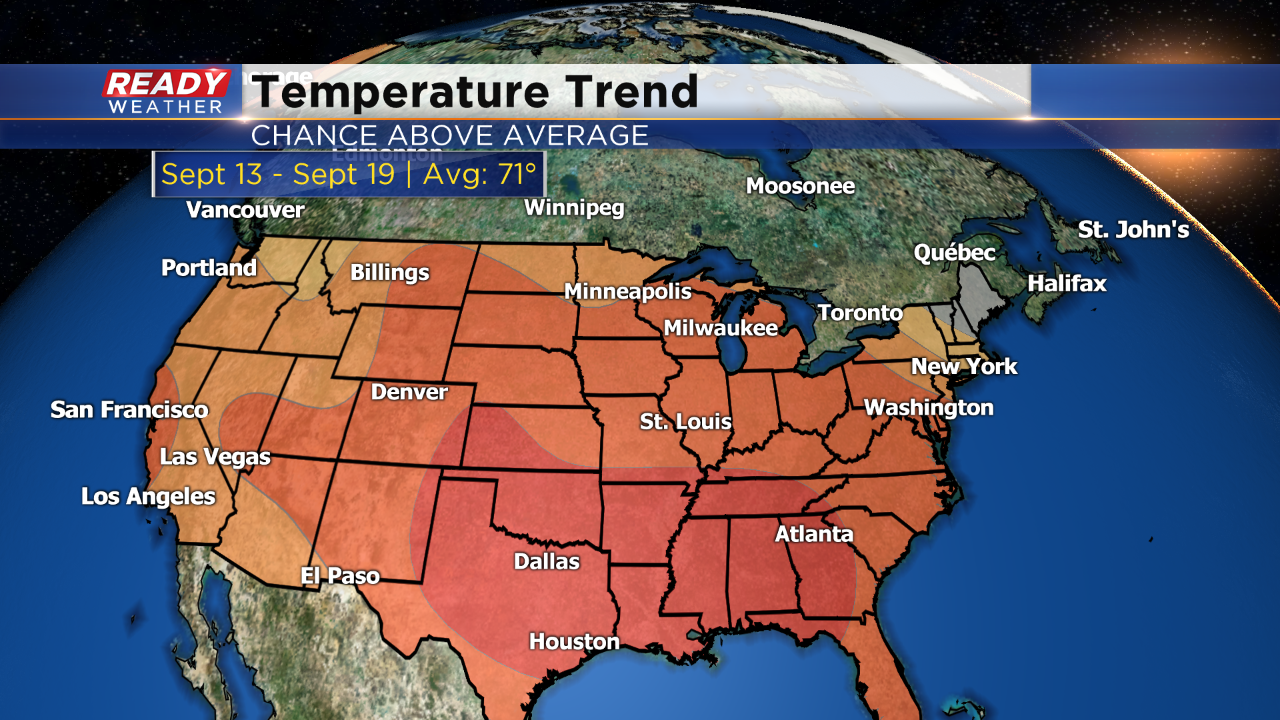 It has most of the United States pegged with warmer than normal temperatures. This is for the timeframe of September 13th-19th. While average highs fall back to the low 70s by that time, there's still some hope we have more 80s in store. Also keep in mind Milwaukee averages one day in the 90s this month, so even big time heat is still possible. Here's to hoping summer weather sticks around for awhile!