December ends near average on temps and precip, below average on snow

NOW: December ends near average on temps and precip, below average on snow

Happy New Year! We will get to our 2022 stats later in the week, but first we take a look back at the month of December which featured a bit of everything. We had our coldest wind chills in a few years over the Christmas holiday and then less than a week later we saw record highs in the upper 50s to around 60! Overall December goes down just a bit above-average on temps and our 40th warmest December on record. 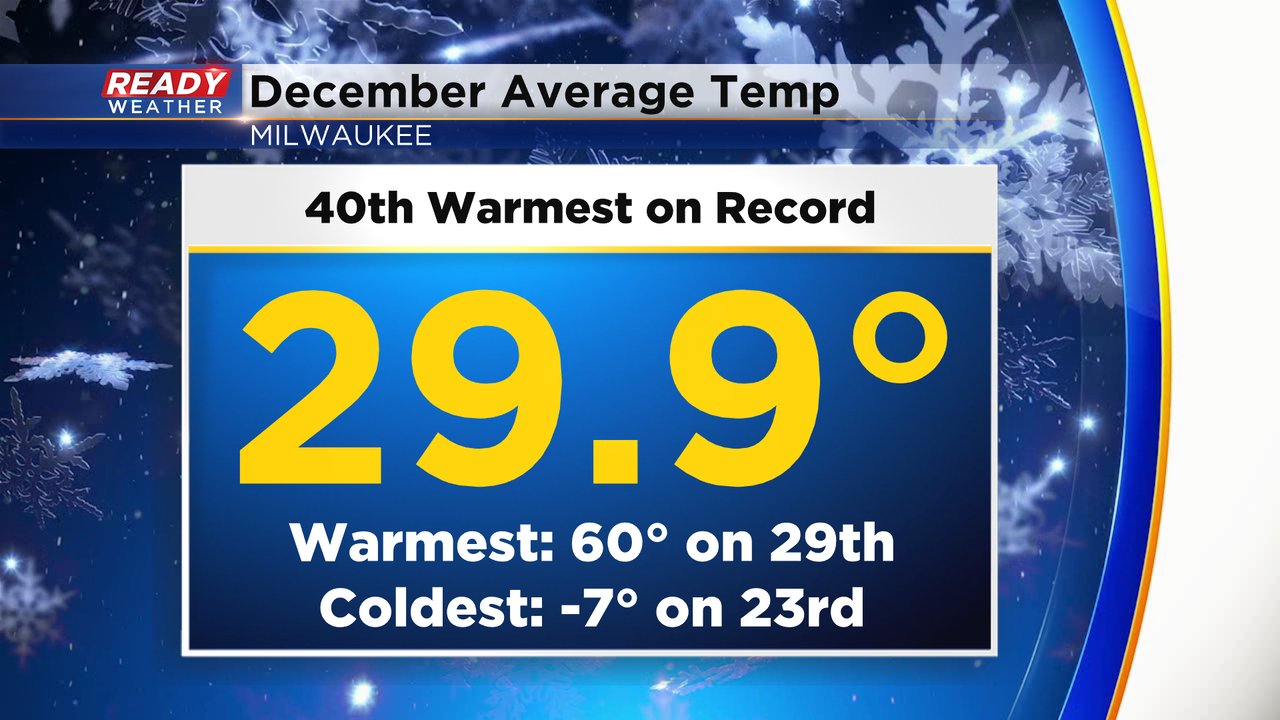 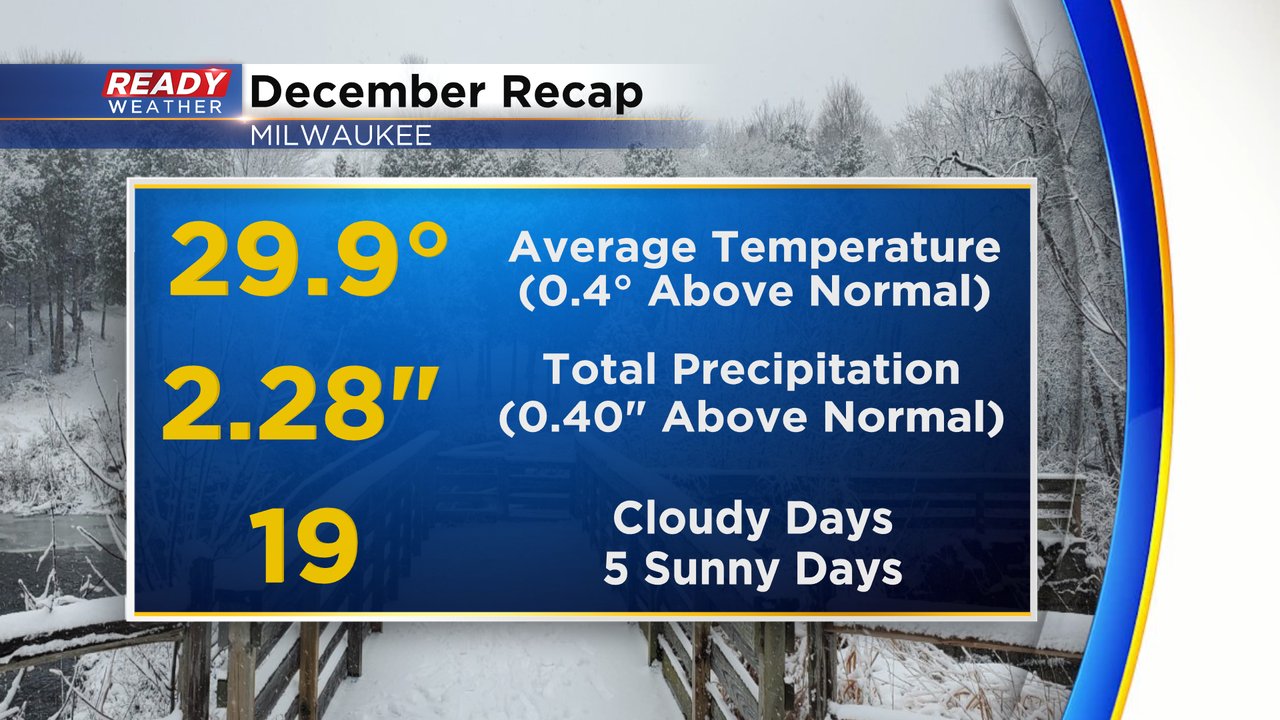 Even though December saw above-average precipitation, it was below-average on snowfall. Milwaukee picked up 5" of snow which is less than half of the December average of 10.4". But, it was more than double the snowfall we had in December 2021 where we only had 2.4". Overall December 2022 was the 40th least snowy December on record. 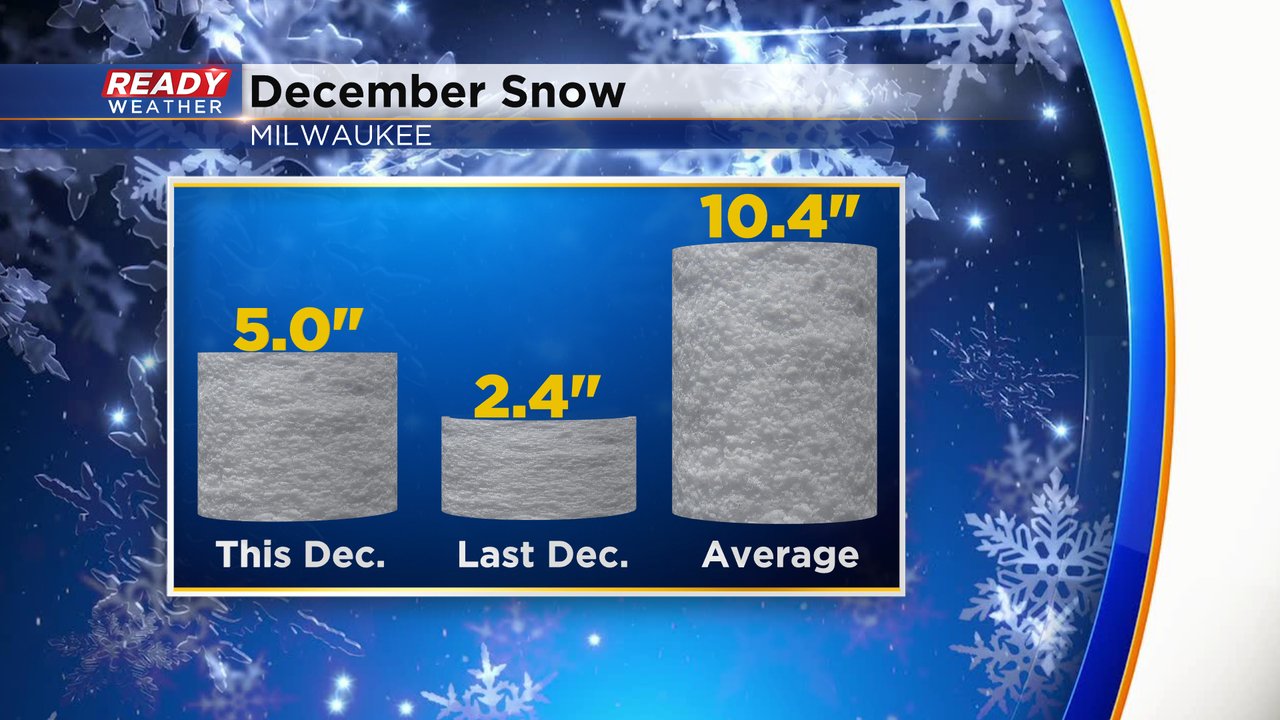 Welcome to January! The temperatures don't move much overall during the month and on average it is the coldest month of the year. January 21-26 are the coldest days, on average, with some warming for the end of the month. A lot of snow is possible during January with nearly 15" of snow on average. 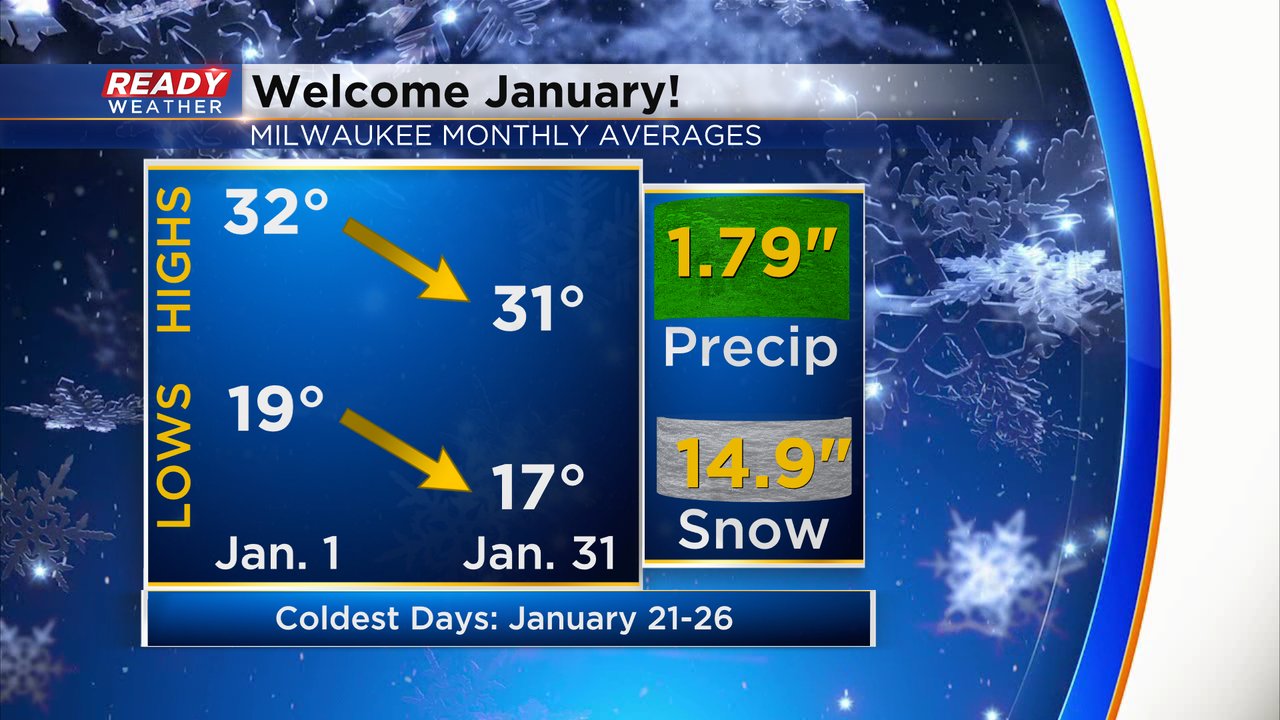 Download the CBS 58 Ready Weather app to track the weather to kick off 2023.