MILWAUKEE (CBS 58) -- Nearly half of all delegations will be staying in Illinois during the Democratic National Convention.

An Illinois Democratic source is giving CBS 58 a look at all the different places where delegates from each state will stay.

Not only are 26 of the 57 delegations staying in Illinois, but they will be far from the border. Thirteen are staying more than 80 miles away from Milwaukee and some aren't happy about it.

Gurnee, Illinois is happy to land delegates staying in their hotels for the DNC.

"It's always exciting. So the Village of Gurnee, we pride ourselves in being a destination for tourism. We have 1,800 hotel rooms and also 140 restaurants," says Gurnee Public Information Officer Jack Linehan.

But the distance isn't popular with everyone.

The Colorado Democratic Party leader sent CBS 58 a statement saying in part, "we will, unfortunately, be housed in Gurnee, Illinois." The head of Wisconsin's state party says the hometown delegation received a solid draw.

"I'm thrilled that the Wisconsin delegation will be at the heart of Milwaukee at the Ambassador hotel. We will be celebrating in art deco splendor as we lift up our nominee," said Ben Wikler, Wisconsin Democratic Party Chairman.

The map of delegations ranges 81 miles from Milwaukee to the O'Hare Hotels in Rosemont.

Twenty-six delegations will be staying in Illinois and 31 delegations in Wisconsin. The biggest Wisconsin clusters are downtown near Milwaukee Mitchell International Airport and in Wauwatosa. The state party is ready to show off the area.

"We're going to show the whole country, the whole Democratic Party what Wisconsin is made of, and what a wonderful place Milwaukee is," Wikler said.

Others, including four of the five biggest delegations, will be driving the 45 minutes it took CBS 58 to get past the border and that timing was not even during rush hour or with the major traffic jams that could be caused by the convention.

Flordia, Texas, Pennsylvania, and California will all stay in Illinois.

Gurnee says they will be able to win over the doubters.

"We have a good town, a great location overall, in between Chicago and Milwaukee. We're perfectly situated in the middle and I think they'll enjoy that," Linehan said.

CBS 58 spoke with a local expert who weighed in on the DNC hotel dilemma.

"There are so few states where it's just so tight that it could easily go in one direction or another," said UWM Professor Mordecai Lee. "Wisconsin is the tightest of them all."

Mordecai Lee taught political science for almost 20 years. He thinks Wisconsin could be the deciding state in the election, so he's not surprised Democrats jumped on Milwaukee for their convention site.

"Would the economic stimulus to Milwaukee make just 20,000 people happier about Democrats that maybe we'll be able to win it in November? That's how politicians think," said Lee.

Now logistics are being sorted out, and the delegates from all of these places will stay at hotels across the Illinois border. But having to keep a shuttle schedule handy could ultimately wear on delegates.

"We tend to remember the negative more than the positive, so I think this is just a real high-risk situation for Milwaukee," Lee said.

The state party says there are still 50 Wisconsin delegation spots open if you want to apply to be part of the event.

See the full list of DNC 2020 Delegation Hotel Assignments below:

Contributions to this story also made by: David Schuman
Share this article:
Save with 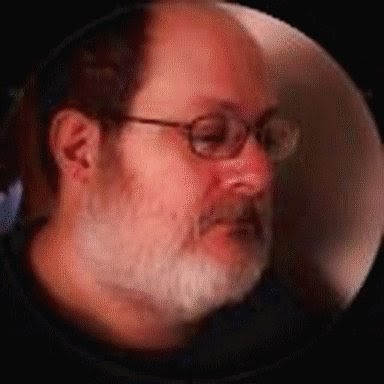 John 177 days ago
This doesn't surprise me one bit. People in Wisconsin should be insulted. Hillary snubbed us and lost the election to Donald Trump.

Now at least half the Democratic delegations are telling us that our hotels are not good enough for them. Our restaurants do not serve food they will like. Our nightlife is not "fun" enough to entertain them.

If their plan was to paint a purple state blue? They have failed before they've even opened the cans or laid the tarps out...

We are good enough to use, just not good enough to respect and support. We've graciously allowed them the use of our half-billion-dollar Fiserv Forum. We'll spend tens of millions of dollars collectively painting and fixing and patching all to beautify our city. We'll spend tens of millions of taxpayer dollars to provide security and keep the streets safe...

Money we would be better off spending to dig ourselves out of the stone age. Better yet there are still plenty of costly issues that need addressing. Like lead in the water and potholes, and daily shootings in our neighborhoods and babies and young people being caught in the crossfire.
Like Reply Delete