NOW: Eleventh warmest May on record comes to an end as we look ahead to June

May has come to a close and June is here! May ended with a few warmer days and a couple of downpours. The month officially goes down below on rainfall with total May rainfall of 2.96" which is almost 0.60" below-average. It was more rain than we had in May of 2021 which was good progress. 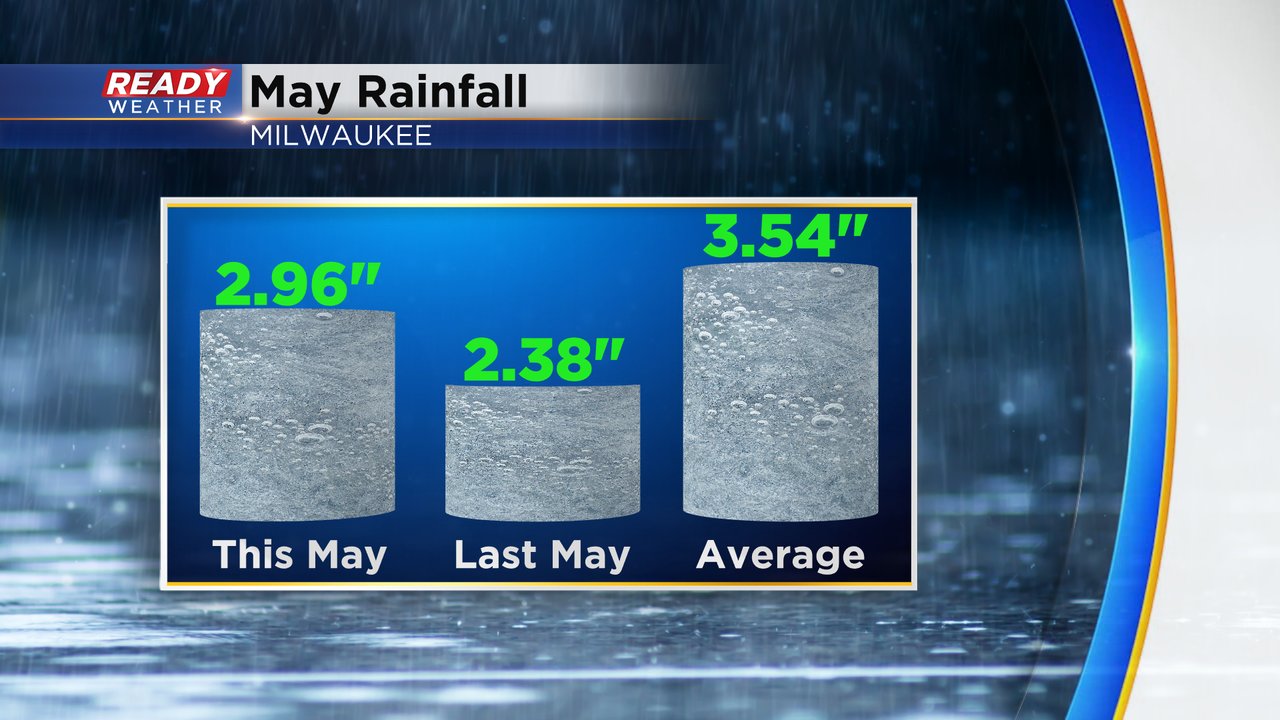 The low on the last day of the month only dropped to 75* which was a new record. The old record for warmest low was 72* on 2011. The 75* was also the warmest the low temperature has ever been during the month of May. 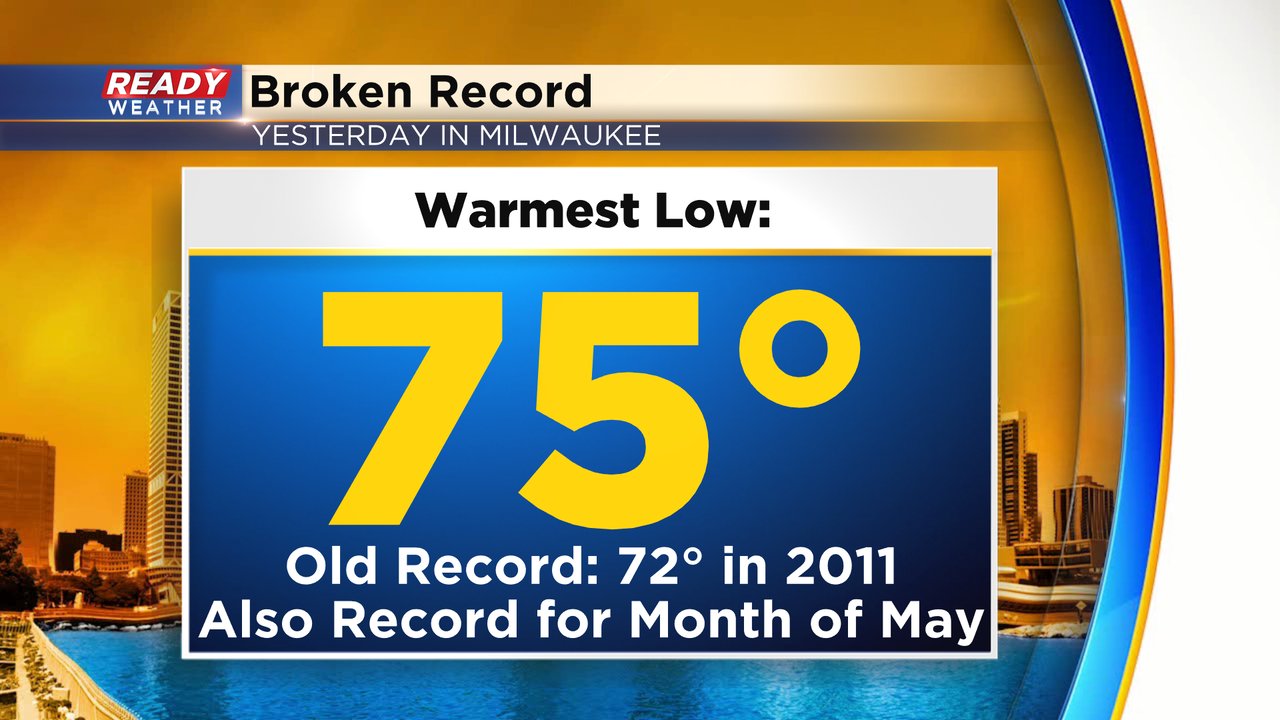 Overall May ended with an average temperature of almost 60*. When put in context it goes down as the 11th warmest May on record. The warmest days were May 12th and 30th when we hit 87* and the coldest day was May 5th when we got all the way down to 38*. 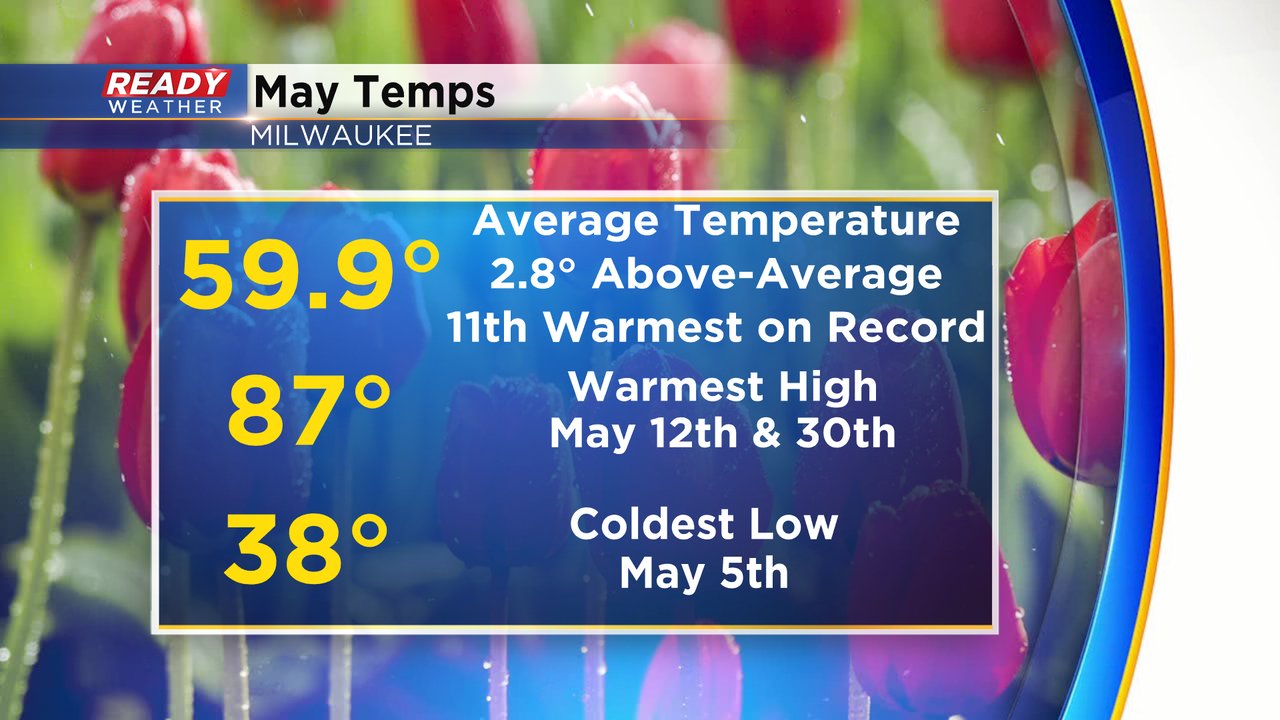 We kick off June looking back on one of the warmest days in Milwaukee's history. On June 1, 1934 the temperature reached 104* in Milwaukee which was a record high for the date and the earliest record in the 100s in Milwaukee. It is also the second hottest temperature Milwaukee has ever recorded! 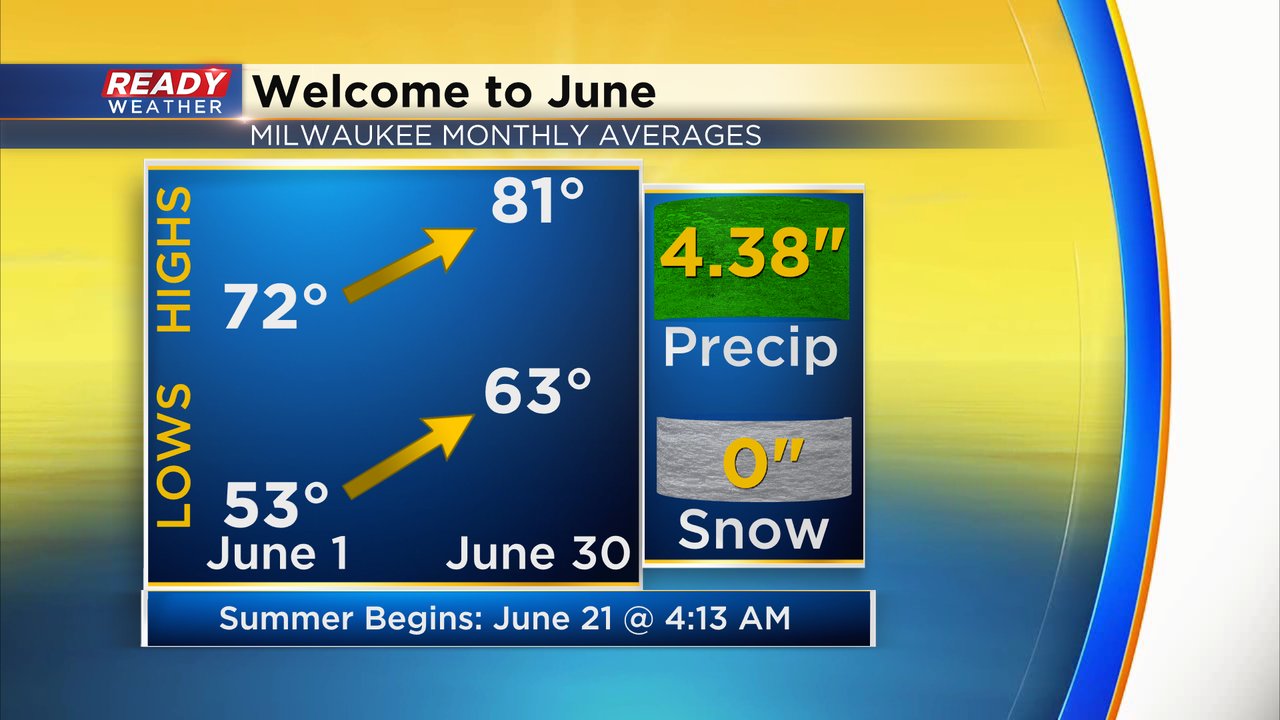 Download the CBS 58 Ready Weather app to track the temps in June.