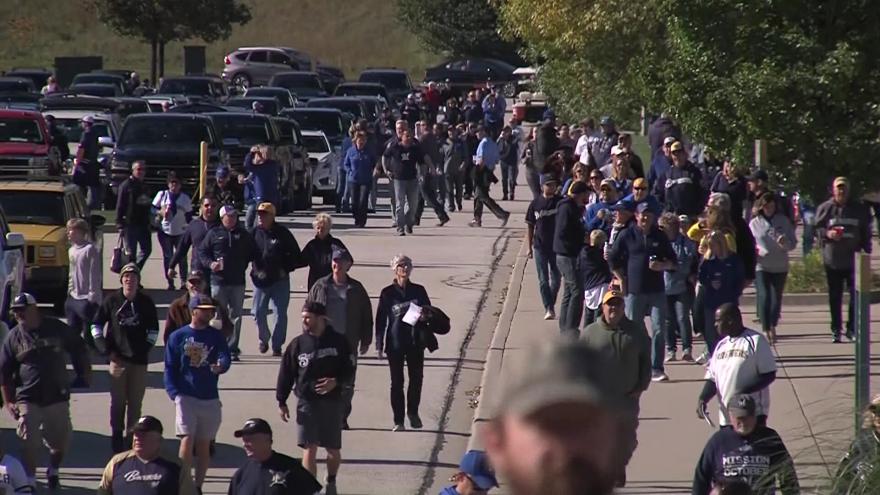 The party begins at 4 p.m. at Leff's Lucky Town of Wauwatosa, where fans are invited to celebrate with a rally-style event with giveaways, prizes, Bernie Brewer, the Famous Racing Sausages and Brewers representatives. The event is open to the public, and the Brewers game will air live throughout Leff's as the team takes on Baltimore.

Wednesday night, a number of iconic Milwaukee landmarks will be lit in Brewers blue and yellow, including the Hoan Bridge, City Hall and Pabst Theater.

The Brewers are calling on fans to gear up in their favorite team gear Thursday, April 14 and flood social media with #414Crew. The Brew Crew will take on the St. Louis Cardinals at 4:14 p.m. at American Family Field.