It's been another cold February day across southeast Wisconsin with temps in the teens, but at least we've been enjoying some sunshine thanks to an area of high pressure. 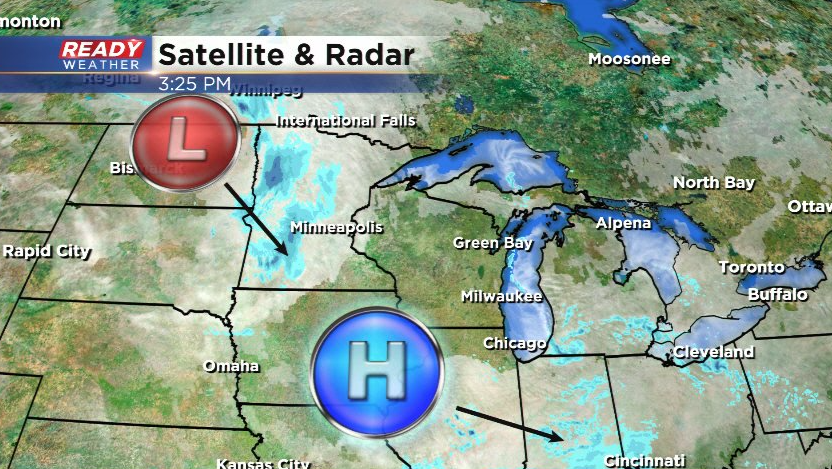 Clouds will increase this evening ahead of a quick moving clipper system which will bring flurries and isolated snow showers into SE WI overnight into early Monday morning. 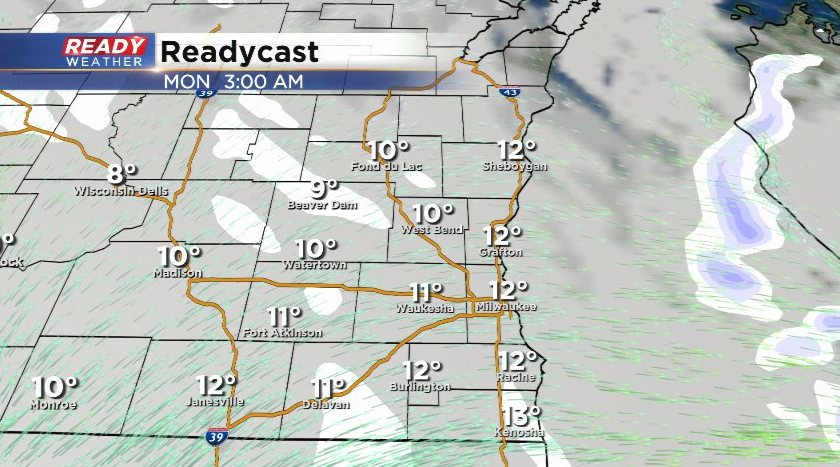 Lingering dry air from high pressure and weakening nature of the low will cause a lot of the snow to dissipate before reaching southeast Wisconsin. That being said, a dusting is possible in spots by early Monday morning with the best chance being closer to central Wisconsin. 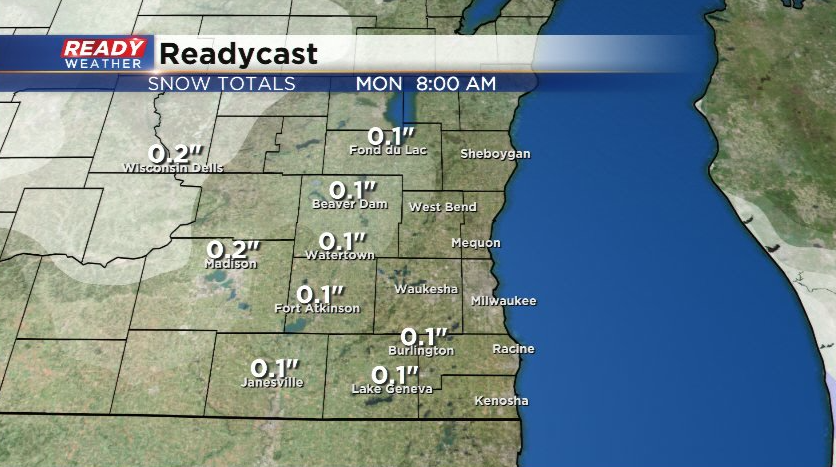 This could create a few isolated slick spots for the Monday morning commute, any flurries would end around sunrise with more sun developing into the afternoon. 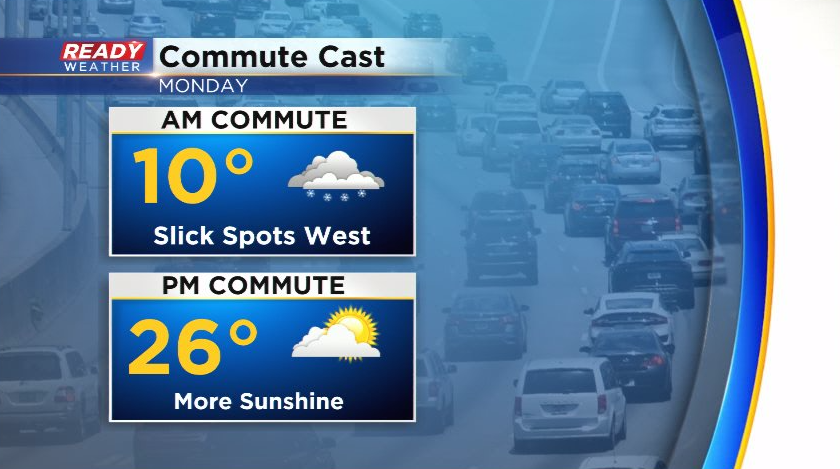 After a below normal day on Monday with highs in the 20s, temps warm back above freezing on Tuesday as gusty southeast winds develop ahead of a cold front. Those southerly winds will boost temps well into the 40s on Wednesday before the cold front moves through. 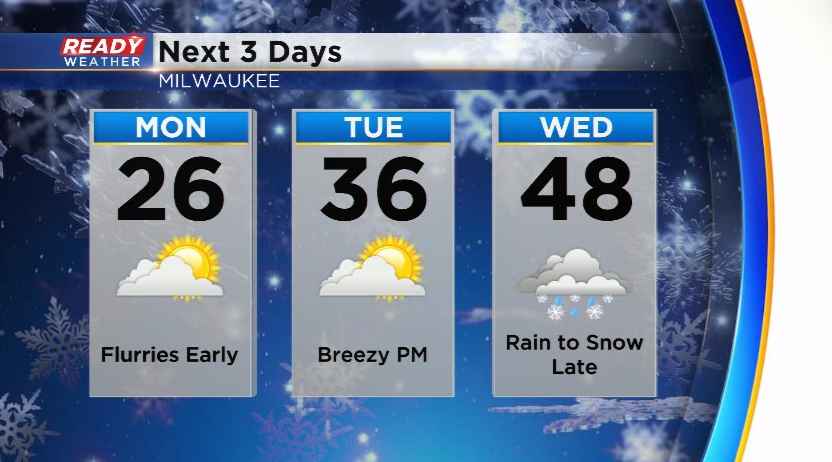 Precipitation will start as rain during the day Wednesday and change over to snow Wednesday evening - night as colder air moves in from the northwest. 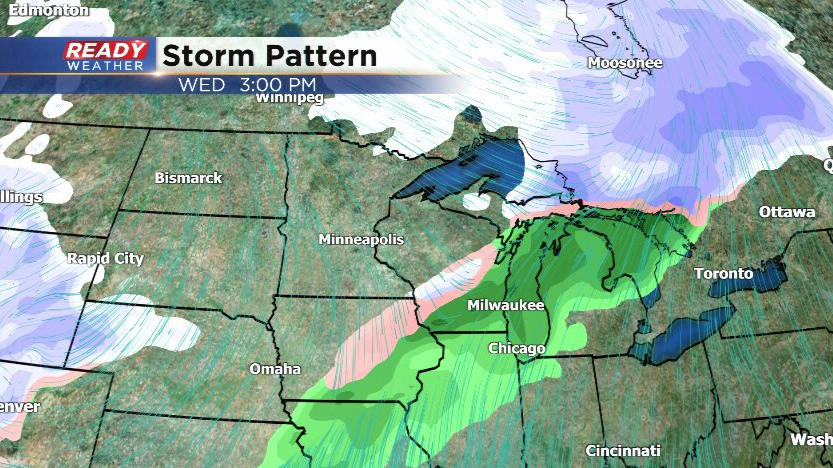 This round of snow will taper off early Thursday morning. Whether or not we see another round of snow on Thursday is still very uncertain and will depend on how far south the cold front moves Wednesday night as Thursday's low pressure system will track along the cold front. At this point, models aren't in agreement at all as to where this front will stall out.

If the front settles just south of Wisconsin, the low pressure would take a more northerly track through Indiana, which would bring several inches of snow into SE WI. 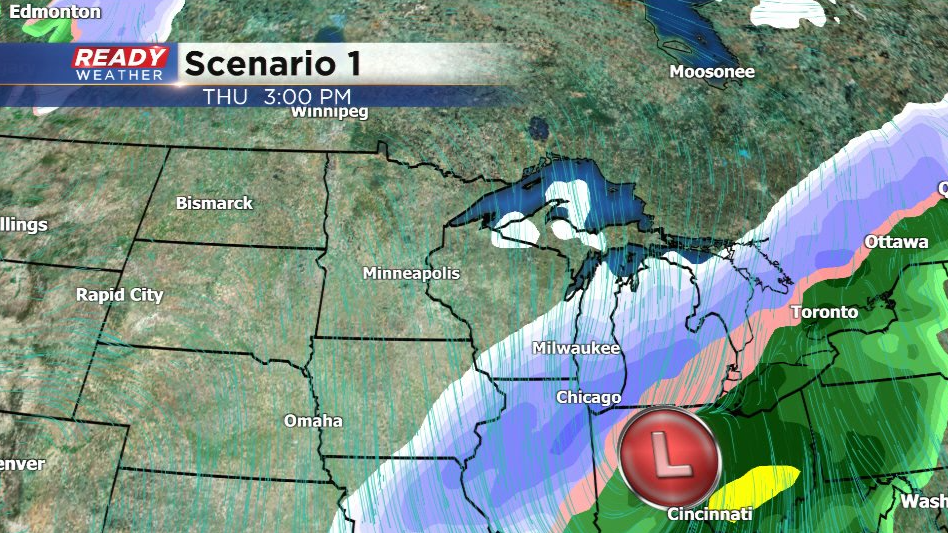 If the front stalls farther south across Illinois and Indiana, the low pressure system would likely take a track across Kentucky and Ohio, keeping the second round of snow south of Wisconsin. 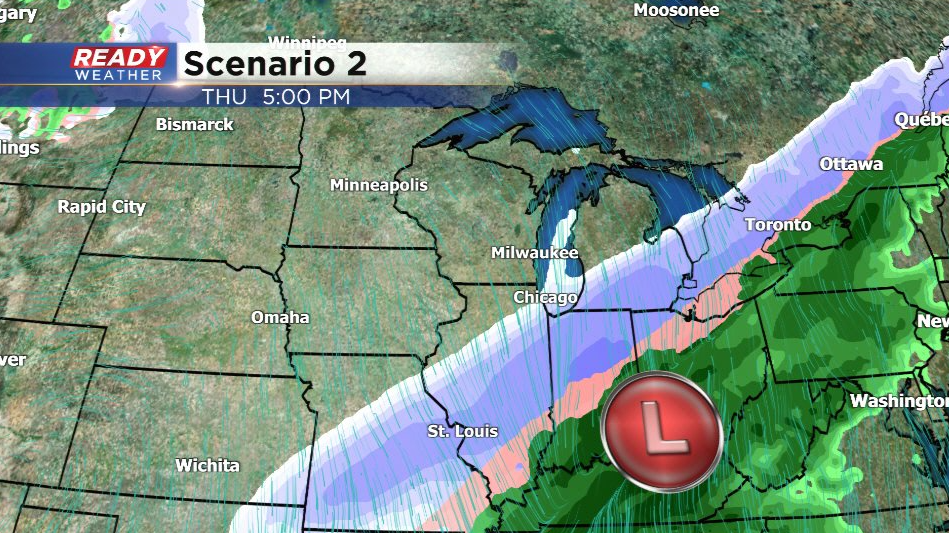 Models will come more into agreement within the coming days. Main point is the potential is there for some accumulating snow on Thursday, but there's also a chance it stays south. Stay tuned!