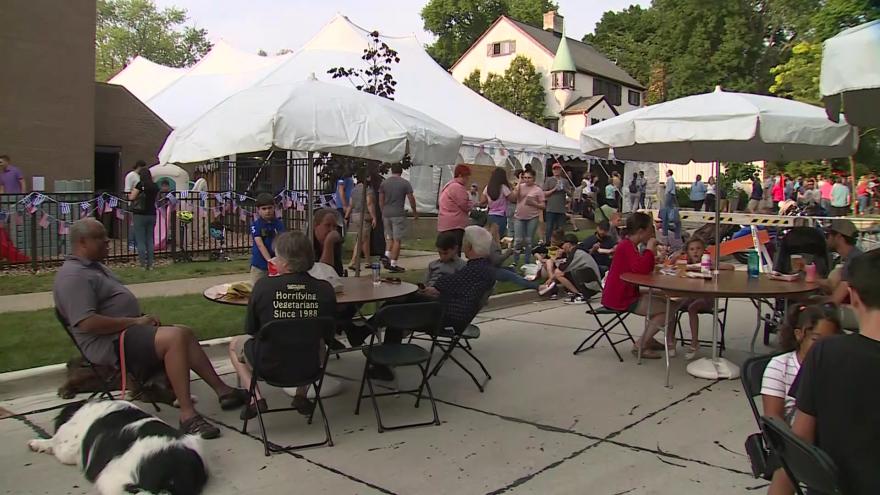 "We have pictures with him," Victoria Alteri said. "His mommy was here, his daddy was here. And he actually gave some autographs. He signed my mom's arm."

The Greek festival has never coincided with the Bucks being in the NBA Finals. They are taking advantage and hosting a watch party for Game 5 on Saturday.

"We have great weather," Tony Nestoras said of putting on the festival. "We are like supporting him, we are rooting for the Greek freak for us, and of course the people are coming out to support us too. We're happy."

"With him winning, it puts more of an eye on what's happening with the Greek scene, so you pay more attention to it because the guy who's doing the most in the city happens to be a Greek," Bucks fan Gabe Burnett said.

Those at Greek Fest, and the rest of Milwaukee, hope Giannis can bring back an NBA title to the city.

"My wife's Greek, and it's just a cool connection for the city," fan Sean Malone said. "I just think it would be amazing for the league if a guy like Giannis wins it all."