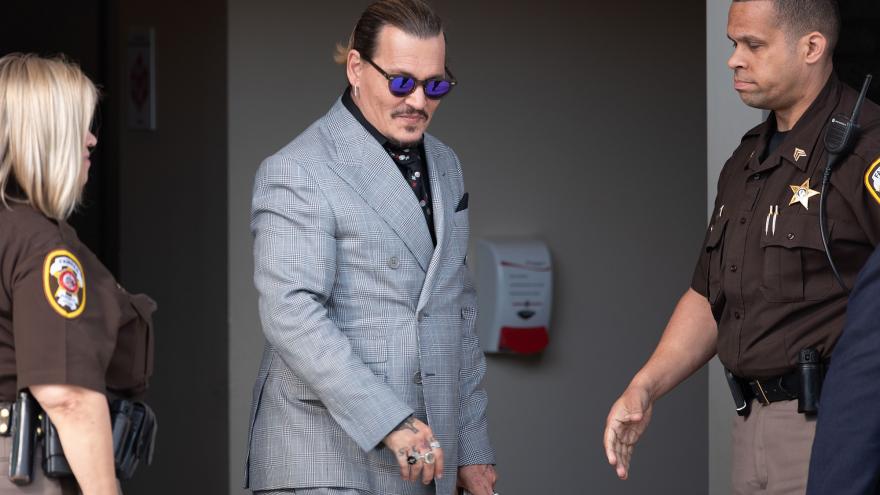 (CNN) -- Johnny Depp may not be heading back to the "Pirates of the Caribbean" franchise anytime soon, but he has not left the character totally behind.

The actor thrilled some supporters last week outside of the Virginia courthouse where his defamation trial against ex-wife Amber Heard is being held by interacting with them from the SUV where he was a passenger.

When a fan yelled out "You'll always be our Captain Jack Sparrow," Depp responded in the voice of the character in an exchange that was shared on social media.

Depp has accused Heard of defaming him in a 2018 op-ed for the Washington Post in which Heard described herself as a "public figure representing domestic abuse." Though Depp was not named in the article, he claims it affected his reputation and lost him work.

Heard has filed a counterclaim for $100 million.

"Pirates of the Caribbean" producer Jerry Bruckheimer addressed in a recent interview whether Depp would be returning to the franchise.

"Not at this point," Bruckheimer said. "The future is yet to be decided."

Depp may be called to return to the witness stand this week as the trial winds down.