March goes in the records warm and dry 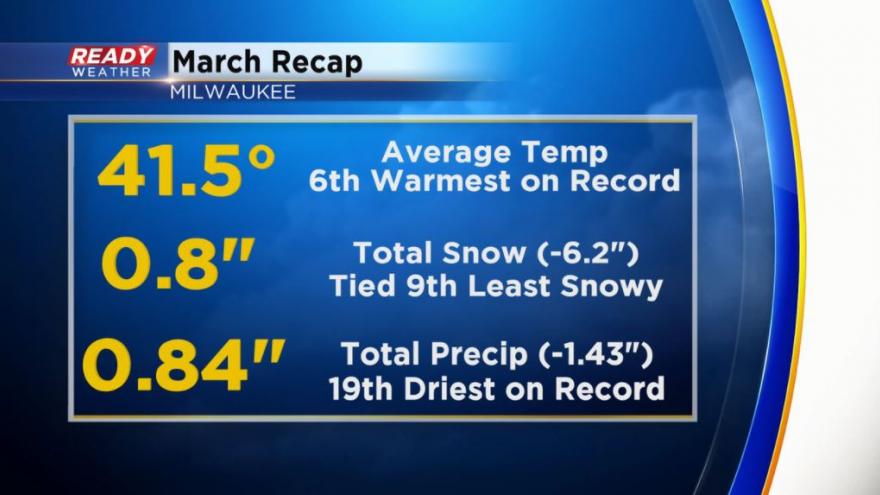 Happy April 1st! It's Opening Day for the Brewers and April Fools Day! But no fooling - March went down in the records as the top 10 warmest and least snowy. Once the 31 days in March were over the average temperature was 41.5* which is the 6th warmest March on record. We hardly had any snow with only 0.8" falling during the month compared to the average of 7.1". That is tied for the 9th least snowy March on record. And we didn't get much rain either. Milwaukee only picked up 0.84" of total precip which is the 19th driest on record. 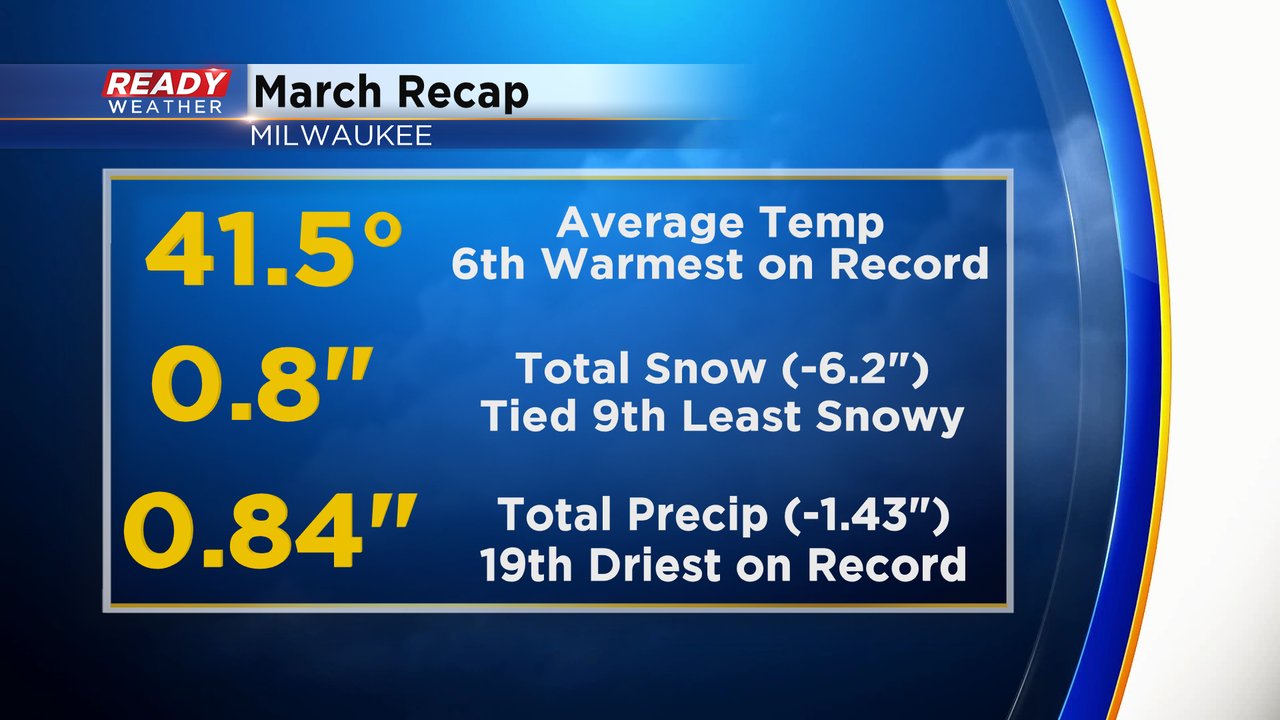 April is here and it is typically one of our wetter months of the year. We average just over 3.50" of rain with 2" of new snow. Most Aprils we see at least a little snow but when it happens, it typically happens at the beginning of the month. April 9th is the average day for the last measurable snow of a tenth or more. During April the average high goes from the upper 40s to almost 60* and the low goes from just above freezing to the low 40s. 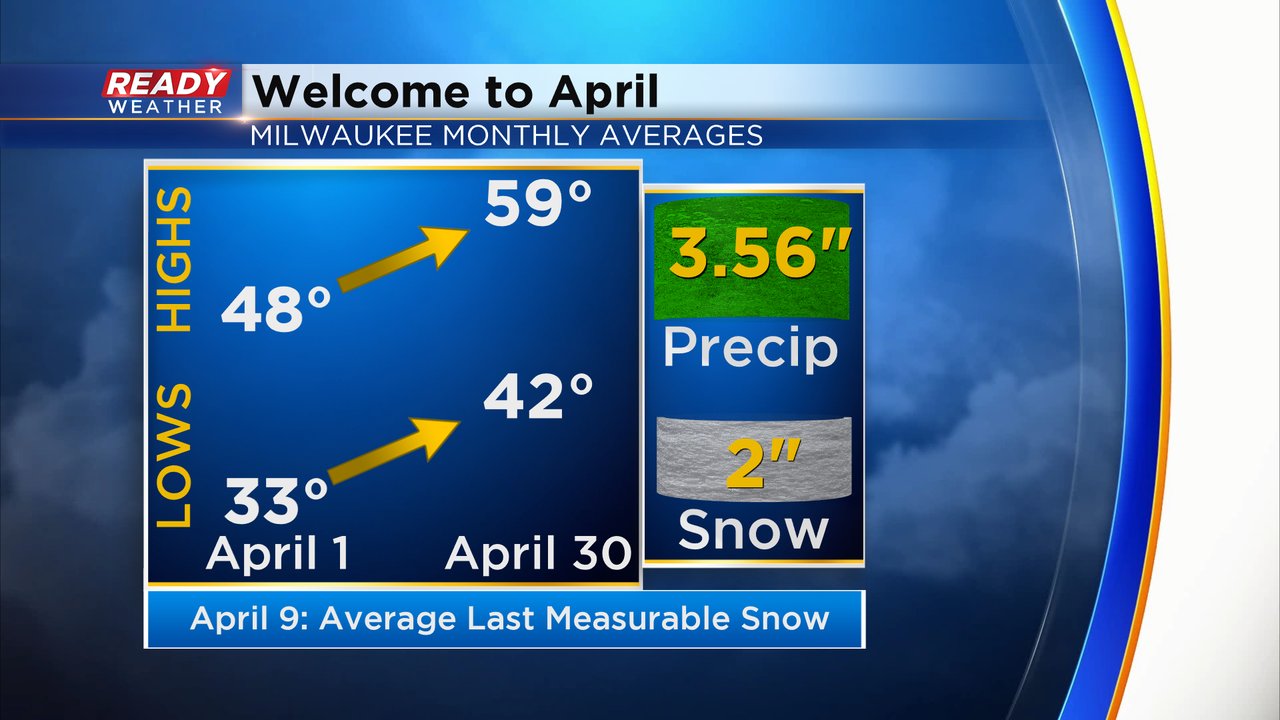 Download the CBS 58 Ready Weather app to track the weather for this April!