NOW: Milwaukee Police following tip that missing 2-year-old girl may be in Minnesota or Michigan 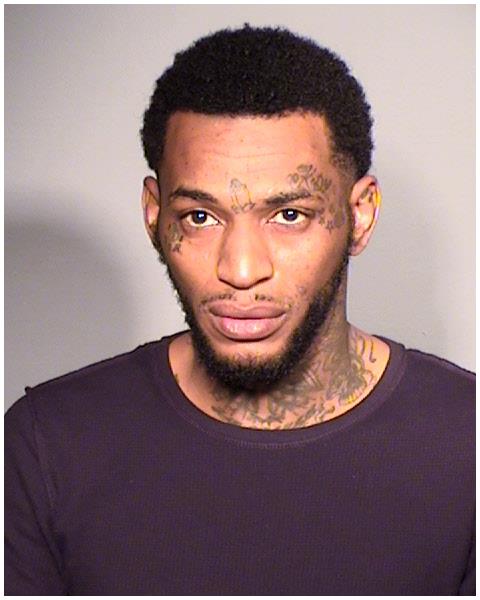 Police arrested Higgins in the 5200 block of N. 103rd Street shortly before 1 p.m. on Wednesday.

Higgins was wanted in connection with the homicide of Sierra Robinson that happened on March 11.

A second person was also arrested with Higgins for harboring and aiding a fugitive.

Milwaukee Police are following up on a tip that Noelani may either be in St. Cloud, Minnesota or Ann Arbor, Michigan.

Anyone with information regarding Noelani's whereabouts is asked to call the Milwaukee Police Department.

MILWAUKEE (CBS 58) -- The man suspected of abducting a 2-year-old girl has now been charged in the death of the child's mother.

According to the criminal complaint, Higgins shot 24-year-old Sierra Robinson multiple times in the area of 91st Street and Mill Road around 1:00 p.m. Monday afternoon. Robinson was pronounced dead at the scene. A 28-year-old woman was also shot and she was taken to the hospital for her injuries.

When police interviewed the 28-year-old woman, she told them Sierra Robinson was trying to get her daughter, 2-year-old Noelani Robinson, from Higgins before she was shot.

An AMBER Alert has been issued for Noelani Robinson. Police believe she is with Dariaz Higgins who is being considered armed and dangerous. Anyone with information is asked to call police.

MILWAUKEE (CBS 58) -- The woman killed in a shooting near 91st St. and Mill Rd. on Monday is being identified as Sierra Robinson.

Milwaukee Police are searching for suspect Dariaz Higgins wanted in connection to the homicide and double shooting. Higgins is also wanted for the abduction of 2-year-old Noelani Robinson.

I spoke with a neighbor who not only was grazed by a bullet but saw the shooting happen and the suspect. Hear from him tonight @CBS58 at 4 & 5. pic.twitter.com/ohwJEsZkPb

MILWAUKEE (CBS 58) -- A woman is dead and another hurt after a shooting on Milwaukee's north side.

The double shooting happened outside a home near 91st Street and W. Mill Road around 1:00 p.m. Monday. A woman was pronounced dead at the scene. A 28-year-old woman was also shot, according to the Milwaukee Police Department.

Barrette Graves was home when the shooting happened.

"Just hearing the gunshots ring out; I was thinking it was more than 6 shots," said Graves.

He thought someone was knocking at his front door and soon realized what he heard were gunshots.

"Five minutes later we heard the siren. I was upstairs, looked out the window, and that's when I saw the two bodies."

Graves just moved to the neighborhood two weeks ago, and fears for his and his childrens' safety.

"My kids could have been outside. Simply, every one of them could have gotten shot. I want to keep my family safe. That's all I care about," said Graves.

"When you see the yellow tape where your family lives it's pretty scary," said Marceia Johnson.

Johnson went to check on her siblings, who live near where the shooting happened.

"My brother said two girls were shot. One was crawling asking for some water," said Johnson.

Johnson's siblings were safe, but they couldn't come or go from the building during the investigation. While she let out a sigh of relief, she is thinking of the family of the two women.

"I just want to say prayers to the girls' families."

Police are investigating. No suspect or suspects are in custody.

MILWAUKEE (CBS 58) – The Milwaukee County Medical Examiner’s Office is responding to the scene of an incident near 91st St. and W. Mill Rd.

MCMEO says the incident is an apparent homicide of a woman.

Milwaukee Police say one person is dead and another is hurt.

MCMEO responding to the apparent homicide of an adult female at 91st and Mill Road. Autopsy scheduled for tomorrow. @MilwaukeePolice investigating. No further information to be released.

Stay with CBS 58 on-air and online for updates on this developing story.