Milwaukee Admirals to give out Hamilton-themed bobbleheads 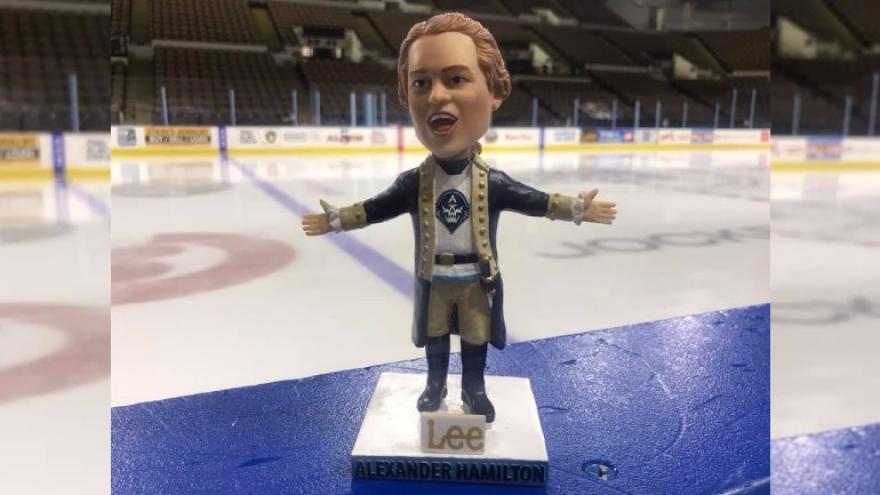 MILWAUKEE (CBS 58) -- With the opening of the smash Broadway hit Hamilton beginning in Milwaukee this week, the Admirals will give out bobbleheads of Alexander Hamilton for the first 3,000 fans, courtesy of Lee Jeans on Friday, October 25 when the team takes on the Texas Stars at 7 pm at Panther Arena.

While many people are aware of the “$10, founding father without a father” from the play, most people don’t know that Hamilton was also a renowned hockey fan, who would attempt to stay warm by ice skating on frozen ponds during the brutal winter of 1777-78 at Valley Forge.

Hamilton is not the Admirals first foray into the past to inspire bobbleheads. Other famous figures who have been immortalized by the team in bobblehead form include: George Washington, Thomas Jefferson, Teddy Roosevelt, Abe Lincoln, Martin Luther, and Milwaukee’s own, The Crusher.

Fans can purchase tickets for Friday’s game at the team’s office, located at 510 W. Kilbourn Ave, from 9-5 on Friday. In addition, tickets can be purchased over the phone by calling Ticketmaster at (800) 745-3000 or at milwaukeeadmirals.com. Tickets are also available at the Panther Arena Box Office.