MILWAUKEE (CBS 58) -- A bright and colorful street mural stands out from the gray concrete next to Walker Square Park.

"The title […] is 'Floración,' which means blooming in Spanish," mural artist Whitney Salgado said. "And it's really a person in tune with their surroundings, blooming with flowers and represents growth."

Salgado is a freelance artist who works with Latinas Unidas en las Artes -- or LUNA. The organization worked with the Wisconsin Bike Federation and the Sixteenth Street Health Center to create the mural. Salgado originally made the design for another project that ended up not happening. She was glad her design found a new life. 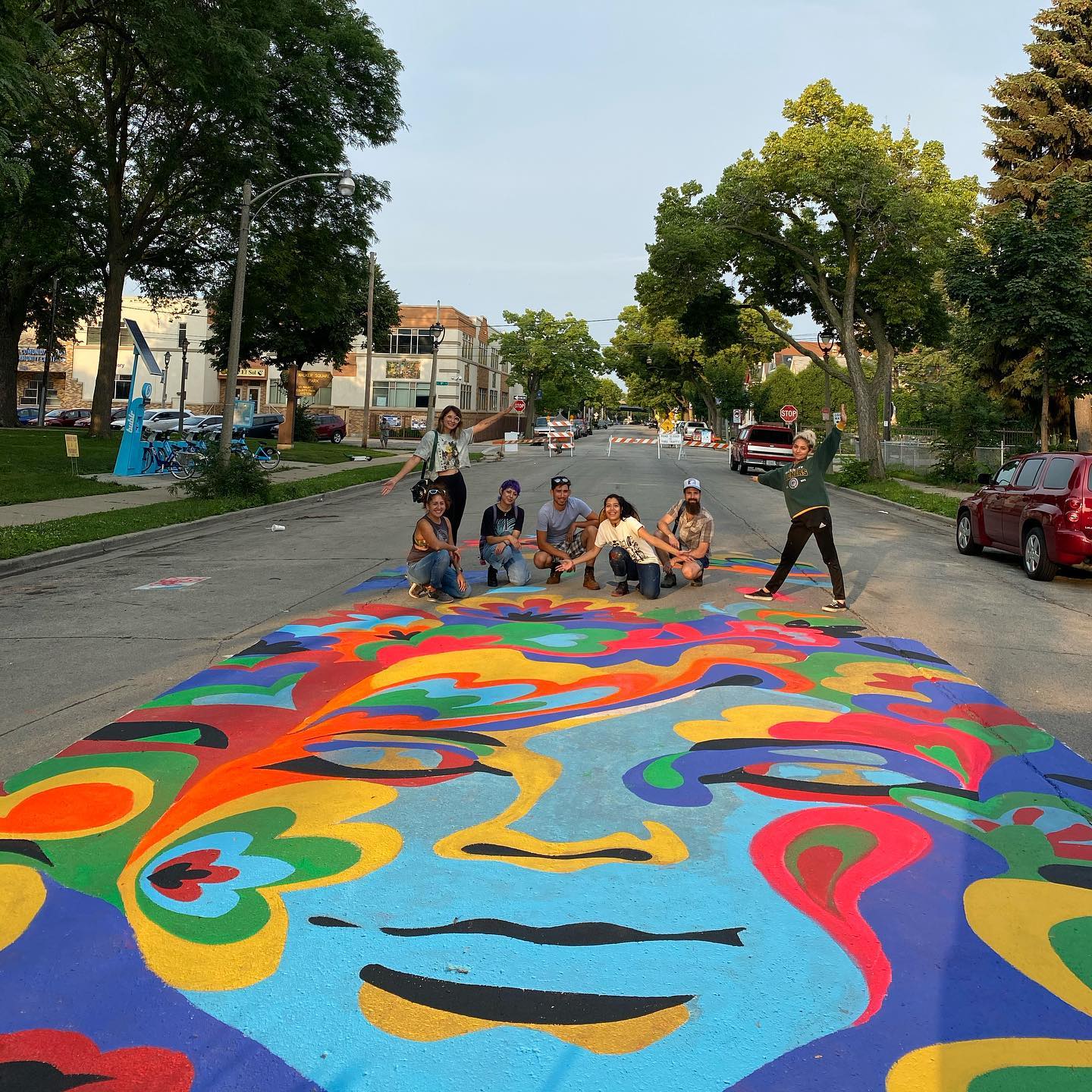 "The colors kind of reflect the culture I grew up in, which makes me proud," Salgado told CBS 58.

The idea behind the mural was not only a showcase of brilliant art, but also recognizing the correlation between art and health in a community.

The artists also said the mural serves as a visual 'speed bump' to help slow down traffic for cyclists and pedestrians.

Painting the mural itself had many challenges, including weather. But LUNA included community members in the painting of the mural, something that was important to the organizations.

"The best thing about community artwork is that it's just not that we're leaving something beautiful, but also connections are forming," LUNA's director said.

As a Latina artist, Salgado takes pride in having the mural sit near a park and a school, where young people can see it on a daily basis.

"I hope they feel inspired and just kind of joy when they see it," Salgado said. "I would hope kids, especially, see it and walk away with 'wow that's really cool, like, how did they do that, how do I get involved, I want to make something like that.'"

Salgado believes representation in the arts is important. While representation and role models were lacking in her childhood, she hopes her work can inspire the next generation.

"I feel like in the community that I grew up, there was not any sort of Latinx representation at all," Salgado said. "And to see something like this when I was younger would've been, would've had such a great impact."

The mural can be seen on West Washington Street, between South 10th Street and South 9th Street on the south side of Walker Square Park.

You can learn more about LUNA at the website: https://www.lunamke.com/