NOW: Bucks championship parade to take place in Milwaukee Thursday at 11 am -- here’s a look at the route

Bucks players, coaches, owners, alumni and staff will take part in the parade, which will begin at the intersection of E. Wisconsin Ave. and N. Prospect Ave. The parade will then proceed west on E. Wisconsin Ave. before turning north onto N. Water St. From there, the route will continue on N. Water St. to E. Knapp St. before ending on E. Knapp St. at the Milwaukee River. 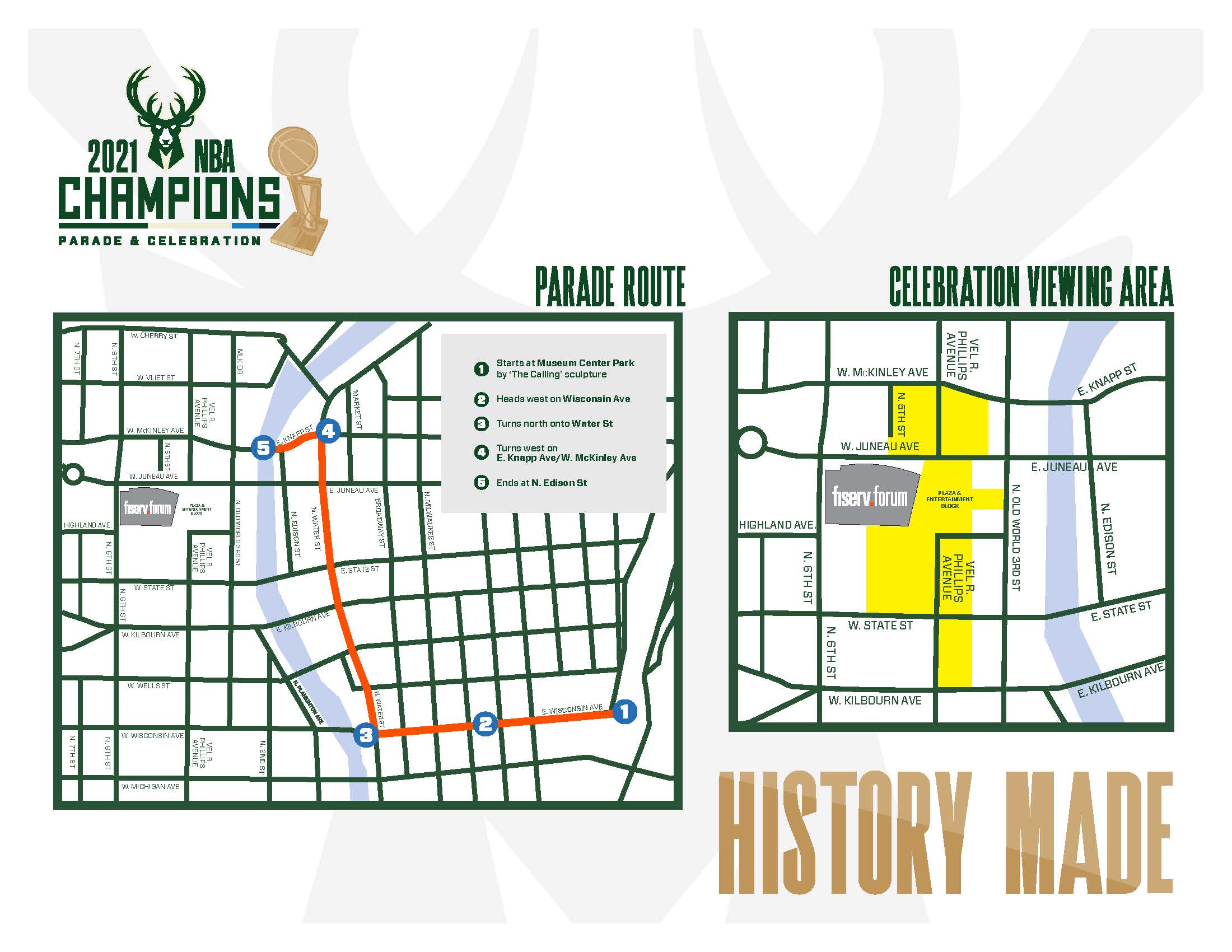 “I guarantee I'll be at the parade. What I said to my staff is tomorrow is all Bucks, all the time," Barrett told CBS 58. "We need to celebrate the Bucks because they've been such a positive force here. They brought this city together. They've given people something to cheer about and I think we're all happy about that."

The Bucks are expecting hundreds of thousands of people to line the parade route and pack into the Deer District. There will be screens throughout the Deer District for viewing, according to the Chief of Marketing Dustin Godsey. 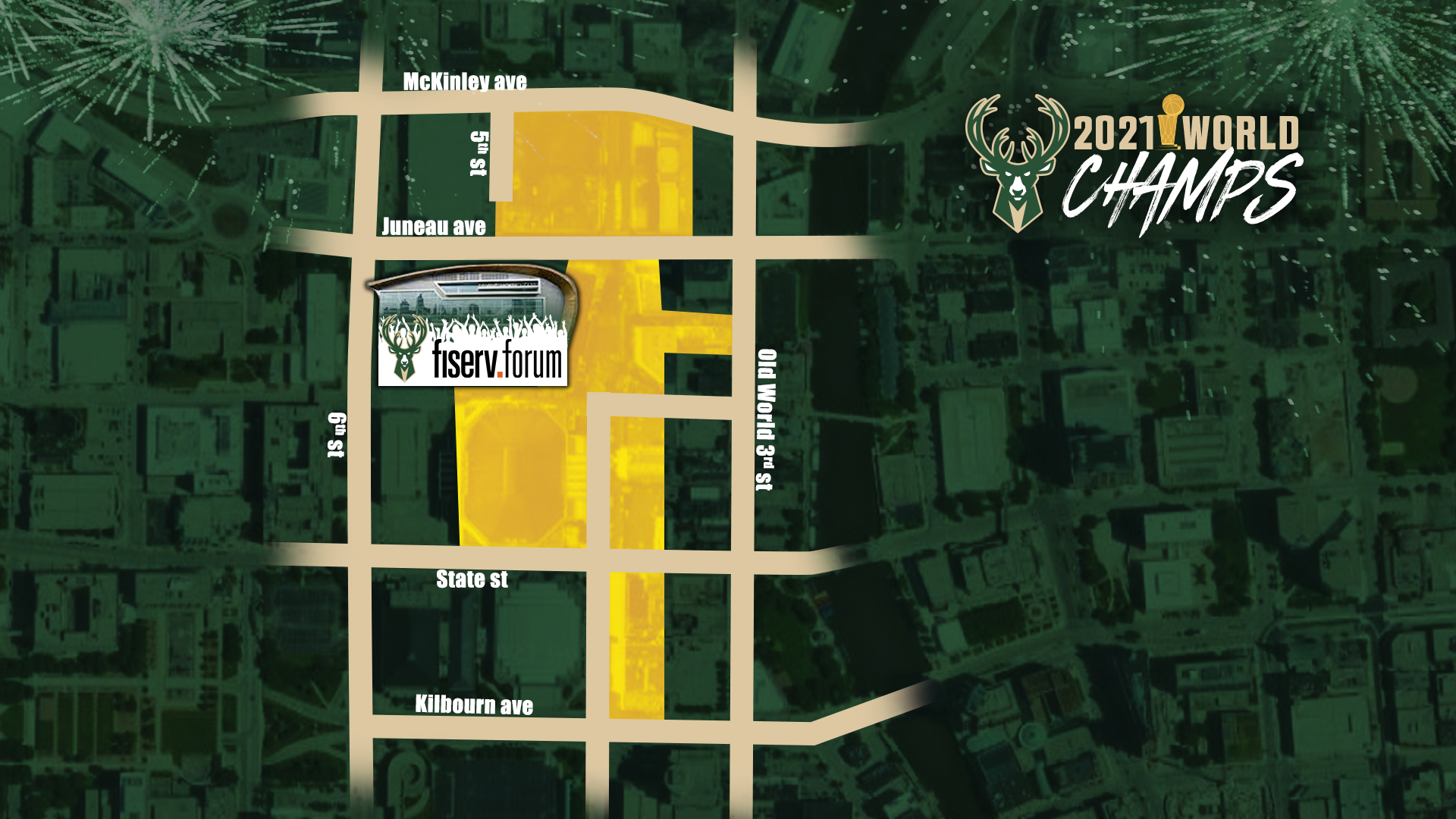 "We will have screens all the way down, more screens even than we had last night, all the way down from McKinley, as far to the the south end of the the former Bradley Center lot," Godsey said.

The city is prohibiting people from camping out or reserving spots overnight. The Milwaukee Department of Public Works said they might remove any furniture place out overnight.

"Essentially when daybreak comes, that's probably the good time to start thinking about scoping out a location and setting down for the later day parade," DPW Spokesperson Brian DeNeve said.

Most nearby bars on Old World Third St, and along the route on Water St plan to open early for fans.

"It's the most surreal experience," Duke's on Water manager Lucy Chamberlain said. "I mean we haven't seen this obviously since before I was born. So we're really excited to come out tomorrow."

Contributions to this story also made by: Brendan Cullerton
Share this article: