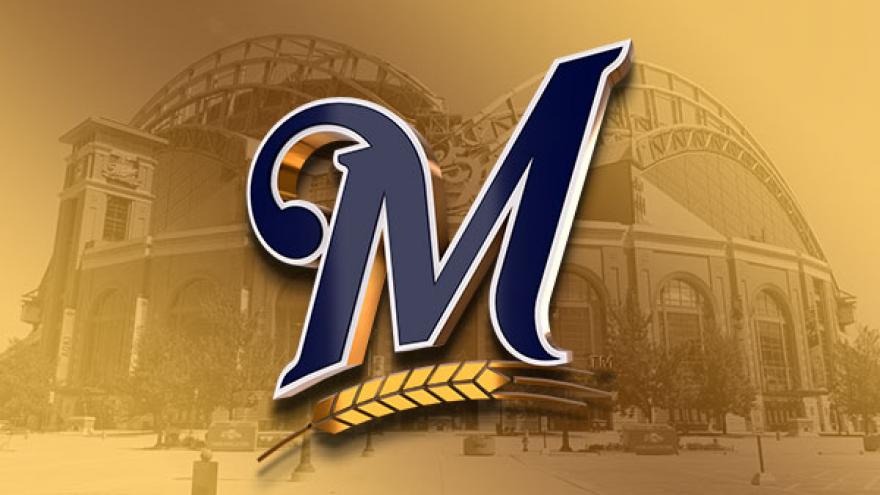 Milwaukee moved four games behind St. Louis for the National League Central lead. The Brewers remained one game behind the Chicago Cubs for the second wild card spot. The Cubs, who beat Pittsburgh, cut the Cardinals' division lead to three games.

Only one of the two runs Brewers starter Jordan Lyles allowed was earned. He gave up six hits and struck out four over six innings.

The Brewers won their eighth game out of their last nine and improved to 8-1 when Lyles (11-8) starts this season.

Grandal walked and scored on a fielder's choice groundout by Eric Thames to give the Brewers a 3-2 lead in the sixth.

Grandal drove a Tyler Webb changeup 424 feet into the left-centerfield seats in the eighth to make it 5-2. Grandal's 27th home run of the year tied his career high and his 73 RBIs is a career high for a season.

Flaherty (10-8) needed 102 pitches to get through six innings. He gave up three runs on five hits and a pair of walks as St. Louis had its two-game winning streak snapped.

Flaherty matched a season-high 10 strikeouts and became the first Cardinals pitcher with more than 200 strikeouts in a season since Carlos Martinez (217 in 2017).  Flaherty is the 19th different pitcher to reach 200 strikeouts this season which is the most in the Modern Era.

Tommy Edman's solo homer started a two-run Cardinals rally in the second. Harrison Bader followed with a single, moved to second on a Flaherty sacrifice and scored on a Yasmani Grandal throwing error while he was stealing third.

Brewers second baseman Keston Hiura made his first appearance since Aug. 30, when he left in the fifth inning with a strained left hamstring. Hiura struck out in a pinch hitting appearance in the ninth.

Brewers: RHP Brandon Woodruff (left oblique strain) threw a 25-pitch bullpen in what the team hopes is a final tune-up before being activated from the Injured List. C Manny Pina (concussion) is almost ready to resume catching activities soon.

Brewers: RHP Chase Anderson (6-4, 4.57 ERA) gets the start in the finale of the three-game series against St. Louis on Sunday. He is 1-1 with a 2.67 ERA in six career starts at Busch Stadium.

Cardinals: RHP Michael Wacha (6-7, 4.97 ERA) will seek to pick up his first win since July 19. He was held Milwaukee to two or less runs in each of his last five starts against them.