I hope everyone had a good Halloween! Temperatures for the last few days of October were on the warmer side with highs in the 60s but overall October ended just a bit below-average on temperature. The average temperature for the month goes down as 52.7* which is just 0.3* below-average. The warmest days were October 21 and 22 when we hit 77* and the coldest day was just a few days earlier than that with the low hitting 34*. Milwaukee is still waiting on that first freeze. 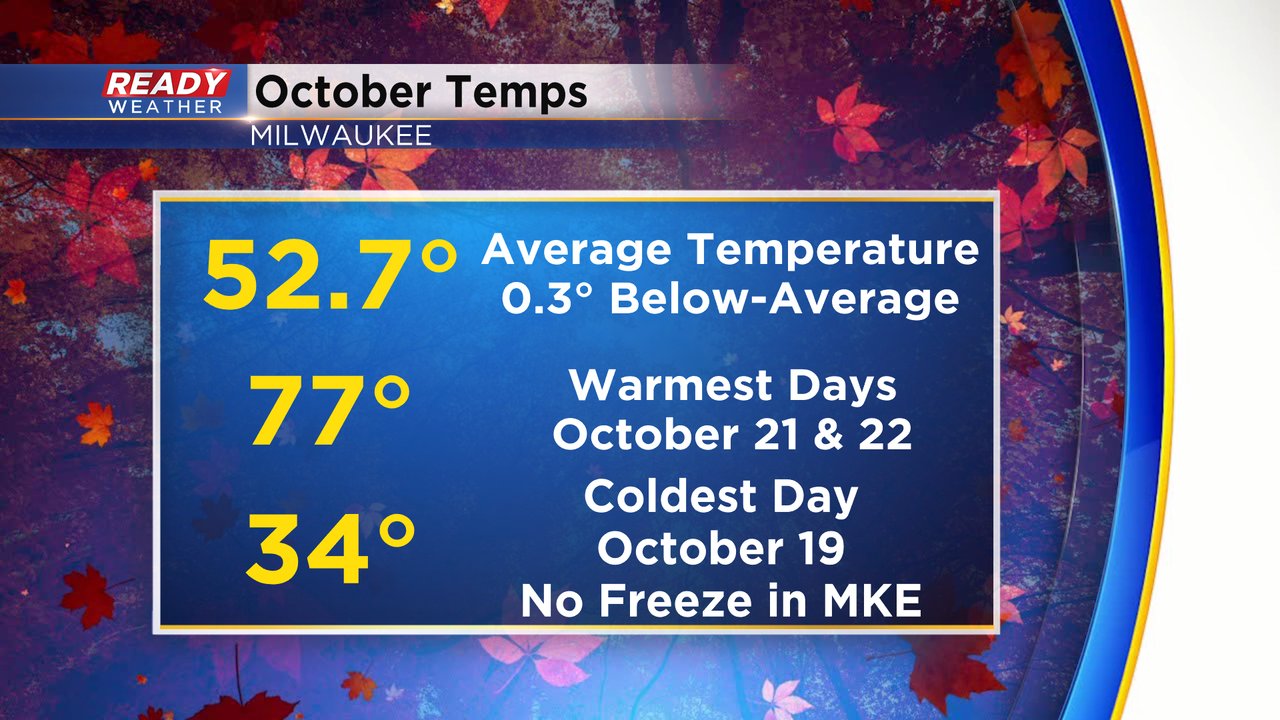 When it came to rainfall in Milwaukee we also ended a bit below-average. We only picked up 1.59" of rain during the month of October which is over an inch below-average and also below a pretty wet October 2021. It goes down as the 42nd driest October on record. 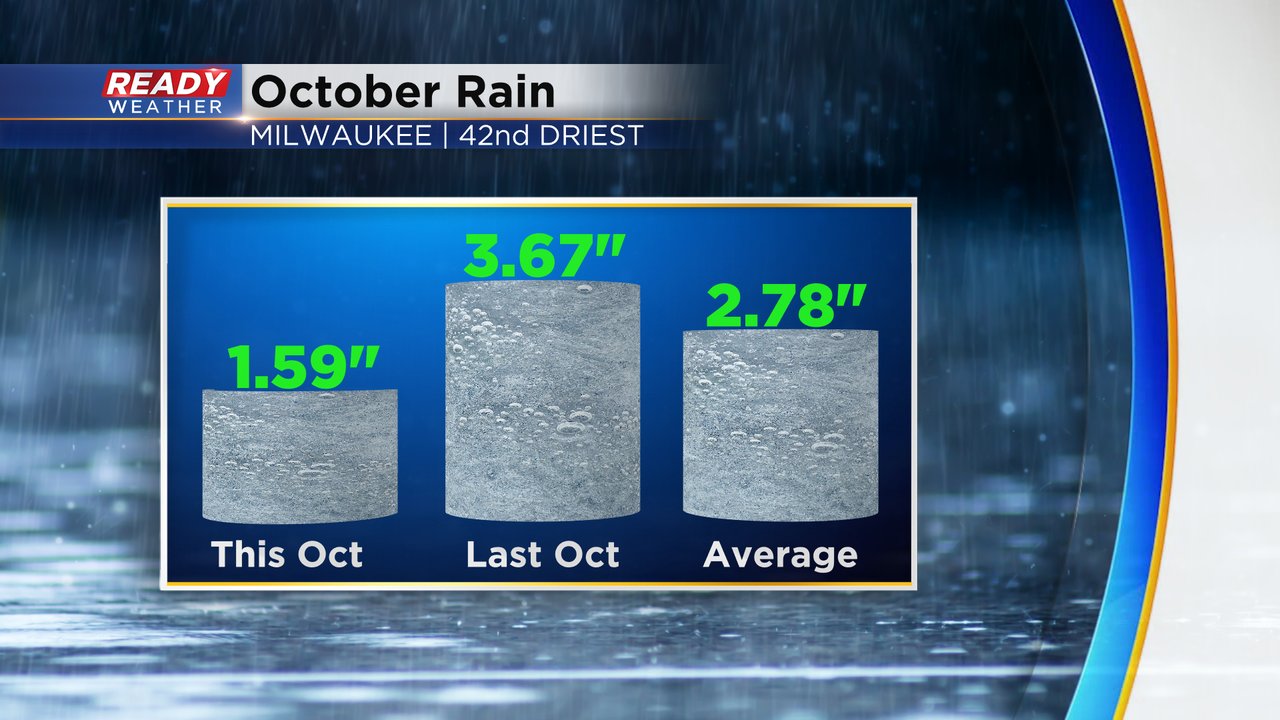 Now the calendar has flipped into November. During the new month temperatures drop fairly quickly with highs going from the middle 50s to barely 40* by the end of the month and the lows going from the upper 30s to the upper 20s. November averages 2.5" of snow! 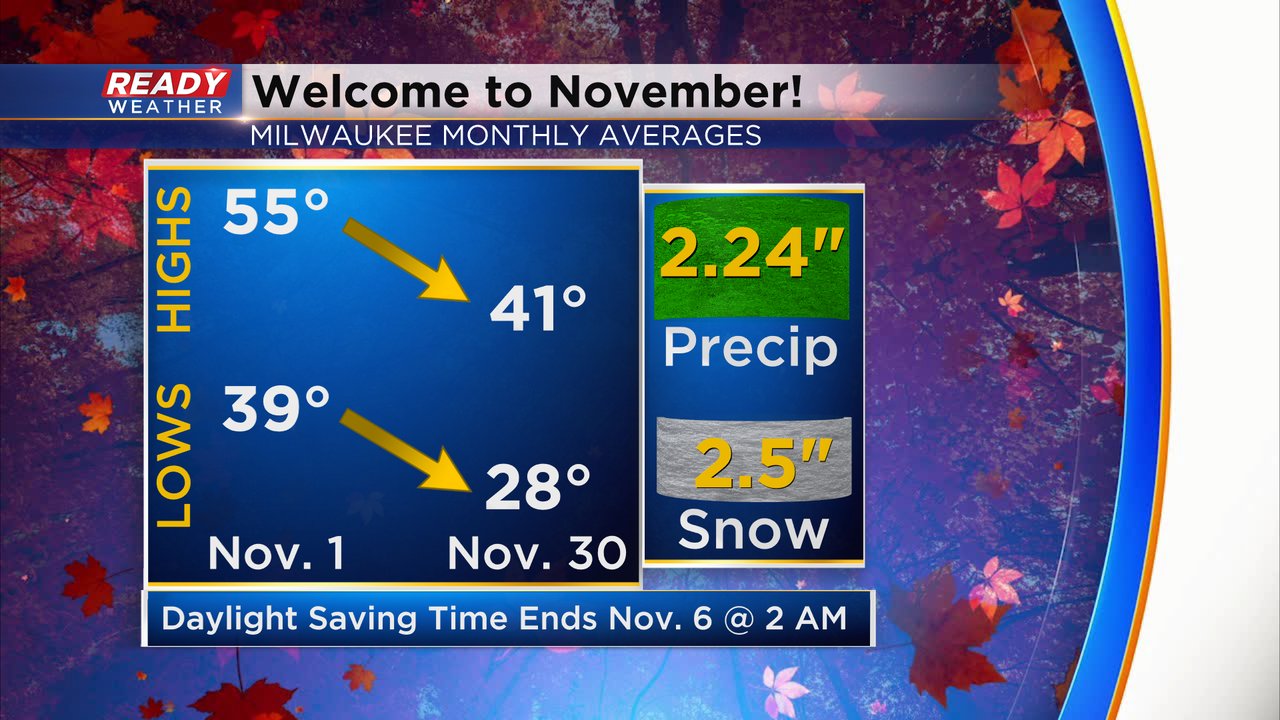 Download the CBS 58 Ready Weather app to track the November temps and any snow chances.