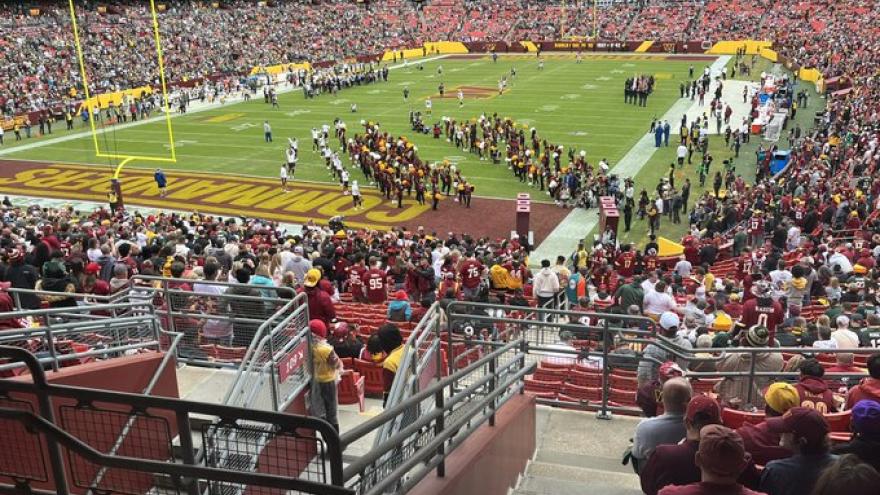 The Packers started the game out with the ball, but not much traction to begin. Washington took over.

The Packers defense looked aggressive and physical so far to start this game. They made some key stops and the secondary was looking strong. Washington punted and Green Bay was in good field position at this point.

It didn’t take long for the Packers to score on that drive. One player that many had hoped to see more action from this week was Aaron Jones. That was the case on this drive. Rodgers threw a short middle pass to Jones, putting the first points on the board. After the PAT, it was 7-0 Packers.

Washington took over on offense. Although they couldn’t find the momentum, a muffed catch by Amari Rodgers resulted in a recovery by Washington.

After the first quarter, the Packers had a 7-3 lead over the Commanders.

As Washington had the ball, Heinicke threw a pick six to De’Vondre Campbell. After the PAT, it was 14-3 Packers.

The Commanders then started to find momentum on offense. They ran 12 plays on the scoring drive, with a touchdown pass to Antonio Gibson. After the PAT, it was 14-10 Packers.

Shortly after, Washington missed a 47-yard field goal that would’ve made it a one-point game.

Within the first few minutes of the third quarter, Washington scored on a touchdown pass to Terry McLaurin. After the PAT, it was 17-14 Washington.

That is when Washington started to gain more offensive momentum. They had their first lead of the game. The Packers defense started to struggle. Heinicke also started to get the feel of the offense. We have seen him win games before and he nearly defeated Tom Brady in the playoffs just a few years ago.

On their next offensive drive, Washington was moving until they got into the red zone. Instead of six, they kicked a 31-yard field to give Washington a 20-14 lead over the Packers.

After the third quarter, Washington had a 20-17 lead over the Packers.

Once Washington took over, it didn't take long for them to move the ball. Heinicke threw a nice pass to Curtis Samuel for a big gain. They got into scoring range and kicked another field goal to extend their lead to 23-14.

Within the last few minutes of the game, Aaron Rodgers threw a touchdown pass for a spectacular catch by Jones. After the PAT, it was 23-21 Washington.

Washington took over and continued to make first-down plays. One player that the Packers could not stop was Terry McLaurin. He made a huge first-down catch that helped put the game away.

On the very last play of the game, the Packers attempted to get creative by making multiple lateral passes. It ultimately didn't work and Washington took home the win.

The Packers head to Buffalo next week to take on the Bills on Sunday Night Football.