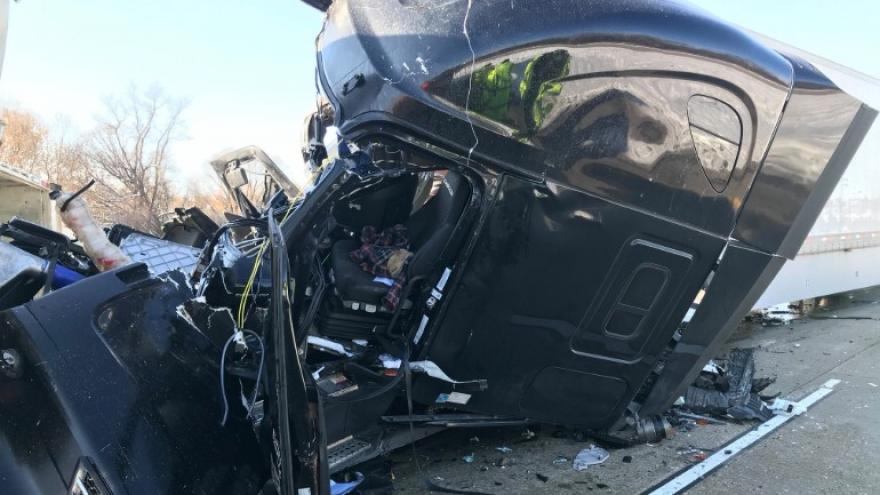 Investigators say the driver at fault was going too fast as he approached traffic and hit two semis from behind. The driver needed to be rescued from the semi.

Thankfully, no one sustained life threatening injuries, but the crash shut down southbound lanes for about seven hours.

The accident remains under investigation.