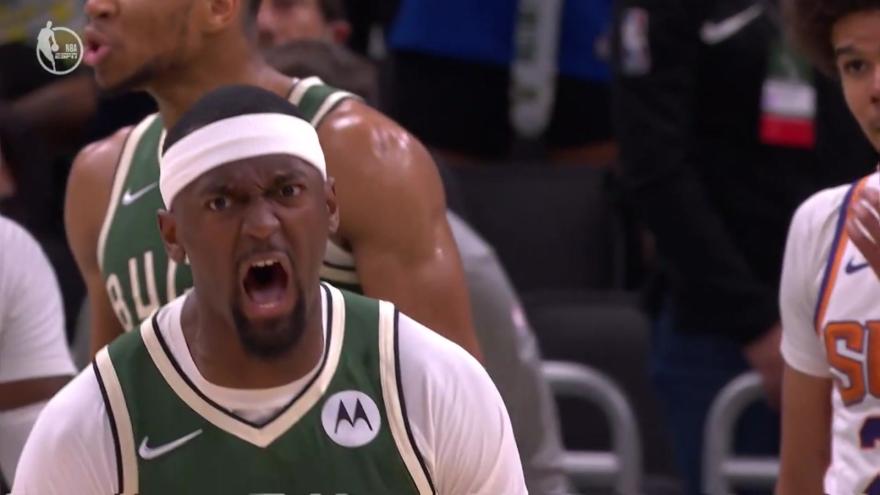 MILWAUKEE (CBS 58) -- Chants of "Bobby! Bobby! Bobby!" will fill Fiserv Forum for years to come. According to multiple reports, the Milwaukee Bucks are re-signing free agent Bobby Portis on a four-year deal.

Both ESPN and The Athletic are reporting that Portis can earn up to $49 million over the new contract.

Thank you Milwaukee for the endless love and support! Blessed beyond measures! #UNDERDOG#4MoreYearspic.twitter.com/0HrJnlkcb4

Portis has spent the last two seasons in Milwaukee. After helping the Bucks win their first championship in 50 years, he averaged a career high 14.6 points and 9.1 rebounds per game this past season.

The Athletic is also reporting that Wisconsin native Wesley Matthews will re-sign with the Bucks. Matthews has turned into a defensive specialist at this point in his career, playing a major role in the playoffs.

With Portis and Matthews under contract, the majority of Milwaukee's core will likely be back for the 2022-23 season including Giannis Antetokounmpo, Khris Middleton, Jrue Holiday, Brook Lopez, Pat Connaughton and Grayson Allen.

The Athletic is also reporting that the Bucks have re-signed guard Jevon Carter to a two year deal. Carter played 20 games with the Bucks after arriving in late February. He quickly gained respect of his teammates for his defensive intensity.

It looks like the Bucks are also signing three-point specialist Joe Ingles after his wife Renae posted that Joe is signing a one-year deal.

Sources very close to free agent @Joeingles7 can confirm that he has agreed to a one-year deal with the Milwaukee Bucks.

CEO of the house, Renae Ingles, is thrilled for Joe and their family.

Joe himself, is said to be very bucking happy.#nba#nbanewspic.twitter.com/4yra9gQst3

Ingles is the 24th best three-point shooter in NBA history by percentage, hitting threes 40.8% of the time. He has spent the last eight seasons with the Utah Jazz.