Though it was the third of five episodes shot in a long day of shooting, Rodgers was loose right from the start and was pretty funny too.

CBS 58 Morning News anchor (and Jeopardy! fan) Mike Curkov compiled some of the funniest moments in the video above from the first three shows including a strange run where Rodgers said the full name of the clue answer several times in a row. Jeopardy! only requires a last name. He recited the full name every time expect for once when the defending champion, Brandon Deutsch, answered, 'Who is Mozart?' 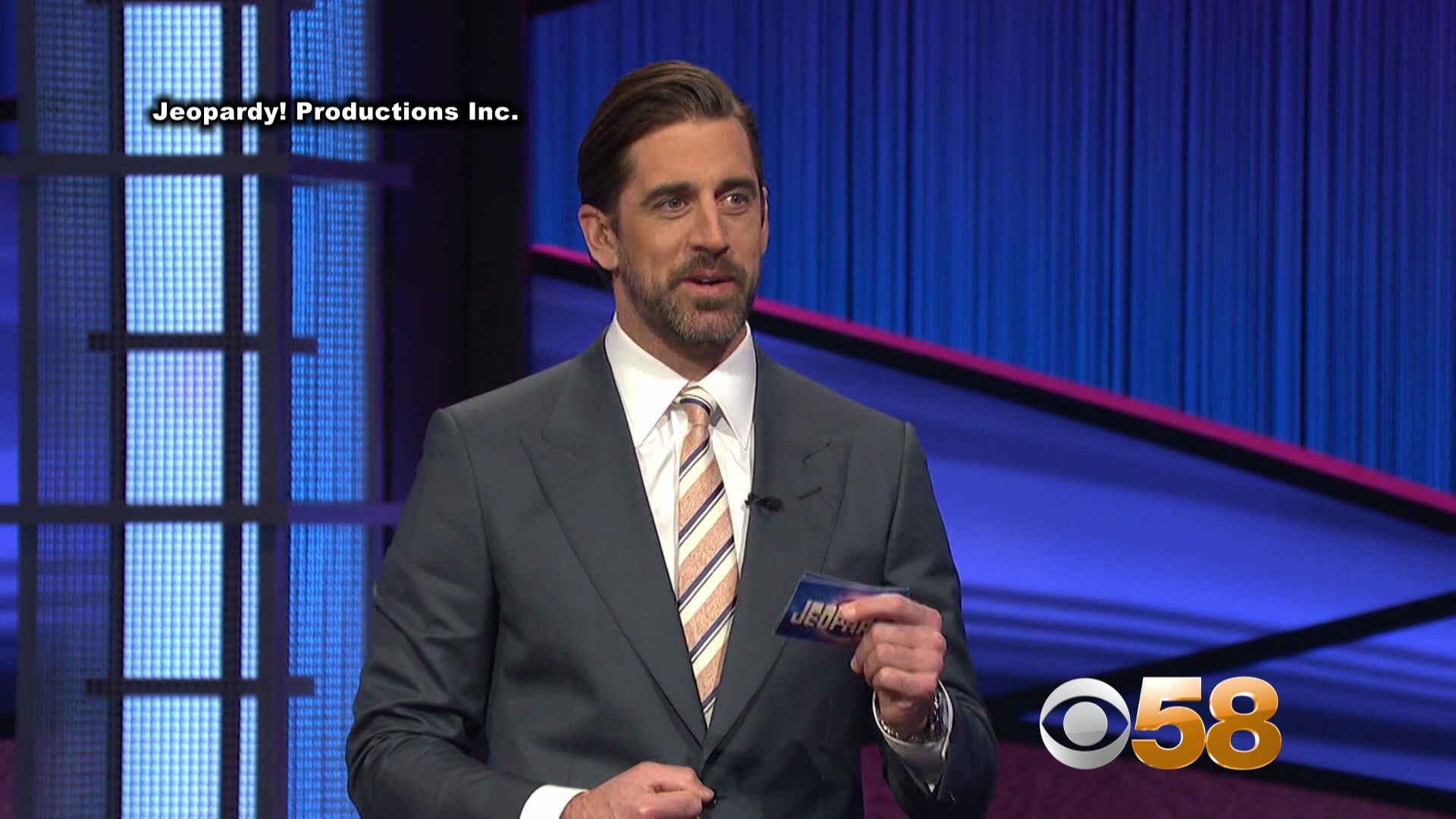 "Yes. I'm not going to say his whole name so just go again." Rodgers responded which got laughs in the crowd.

At one point, while contestant Amy Rey, was telling an anecdote about her love of Lego, Rodgers slipped in his love of the Ewoks in the Star Wars universe.

Rodgers also continued his string of saying 'Go Bears,' for the third straight episode. It's in reference to his alma mater and the school of three-time defending Jeopardy! champion Deutsch, the University of California-Berkeley Golden Bears.

Rodgers hasn't actually mentioned the Packers, Green Bay or Wisconsin by name during his run though he referenced last year's NFC Championship Game when prodded by a contestant, and referenced, though not by name, replacing Brett Favre.