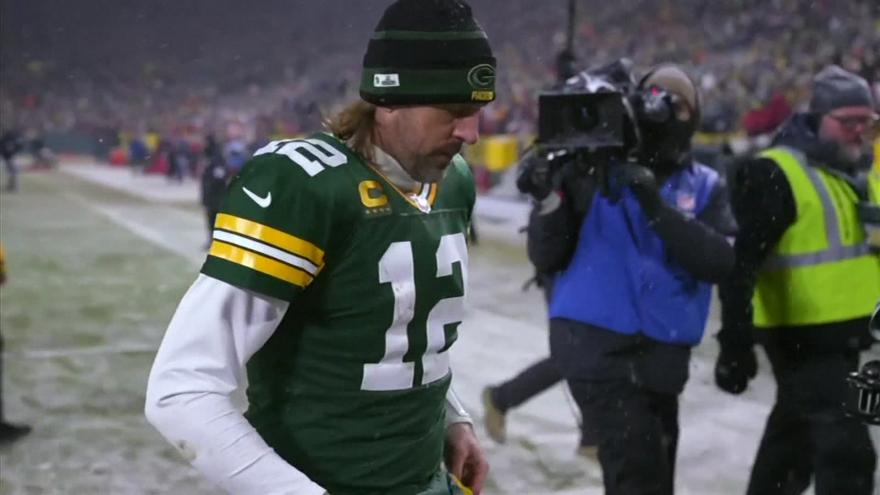 MILWAUKEE (CBS 58) -- Green Bay Packers quarterback Aaron Rodgers made his weekly appearance on the Pat McAfee show Tuesday, Jan. 25, and reiterated some of the factors that would go into the decision he makes for his football future.

Rodgers made one thing clear: whatever his decision is, he wants it to be the final one.

"One thing I 100% would not do is retire and then come back a year later. I don't have any desire to do that. That makes no sense," said Rodgers.

Packers fans will remember that Brett Favre famously did that during the end of his career with the Packers. Rodgers, himself, spent a lot of time this past offseason leaving the Packers with a lot of uncertainty. He says this time around will be different.

"There's not going to be any weird standoff, war of silence or anything. [Packers General Manager] Brian[Gutekunst] and I have had good conversations throughout the year. When it comes time to make the decision, we'll have a conversation and that will be that. It won't bee a long drawn out process," says Rodgers.

The potential four-time MVP said following Saturday's loss to the 49ers that he would have to take some time away to decide what his next steps were, whether that was to retire or continue playing in Green Bay or elsewhere. But with all the Packers have to do, he doesn't want to wait too long.

"I understand that my decision does impact a number of other people's decisions. I want to be very sensitive to that. So, I will definitely make a decision sooner rather than later," said Rodgers.

"I think it even sooner than that," said Rodgers. "One decision that will be upcoming will obviously be Davante and his future with the team."

Packers wide receiver Davante Adams is going to be an unrestricted free agent this offseason. Adams has previously said he wants to be the highest paid receiver in the NFL. The Packers can also franchise tag him. The deadline for that is March 8th.

Rodgers said he thinks that is enough time to make a decision, even if he doesn't have a specific date.

"To drag it out past free agency would be disrespectful to the organization and to those guys(entering free agency) and that 100% will not happen," said Rodgers.