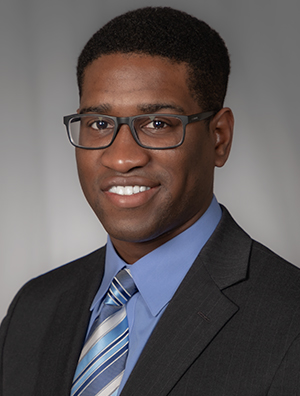 Darius Joshua is very excited to join the CBS 58 Sports team! Milwaukee is one of the best sports cities in the country and he can’t wait to cover all that it has to offer.

Darius comes to the Cream City from Syracuse, NY where he spent three years working for WSYR-TV NewsChannel 9. There he covered Syracuse University athletics including football, basketball and lacrosse. His time in Syracuse was a sort of homecoming for Darius because in 2014, he graduated from the S.I. Newhouse School of Public Communications.

Darius is originally from New Jersey, but this is not his first time in the Midwest. After graduating from Syracuse, he started his first job in Ottumwa, IA working for KTVO-TV covering Southeast Iowa and Northeast Missouri.

Darius can’t wait to dive into the Packers, Brewers, Bucks, Badgers, Golden Eagles, Panthers and more of Milwaukee sports. Then, when safe to do so, he wants to explore all of the joys the city has to offer as well.

If you have story idea recommendations or places to see or eat at, please don’t hesitate to reach out!